My eldest son always loved to be swaddled as a newborn.  At the time I used a cellular blanket to wrap him in but I was always slightly nervous of using blankets as I was worried that they might fall over his face.  As a first time mum you worry about everything don’t you?

I remember seeing the Gro Snug in a shop a couple of years after having O and thinking I wish I had seen them when he was a baby as it was definitely something I would have bought.  It actually made it onto the newborn wish list I made before G was born.

The lovely people at The Gro Company saw the post and asked if we would like to review one when our new little man came along.  Obviously, I said yes.  I chose the grey marl snug as it matched the colour of his Moses basket.  One of the features I loved about it was that although it could be used to swaddle it could also be used as a baby sleeping bag by undoing the poppers on the side.  I am a huge fan of baby sleeping bags, I much prefer them to blankets (for the reason above) so this was a huge bonus for me.

On his first night home after being in the hospital we started to use the Gro Snug with G.  For the first few nights I used the Snug in its swaddle form with the poppers closed.  We know all babies are different and G is very different from his big brother, and it turns out he isn’t a huge fan of being swaddled.  He would start to get frustrated by the inability to move his arms and would kick his legs about. 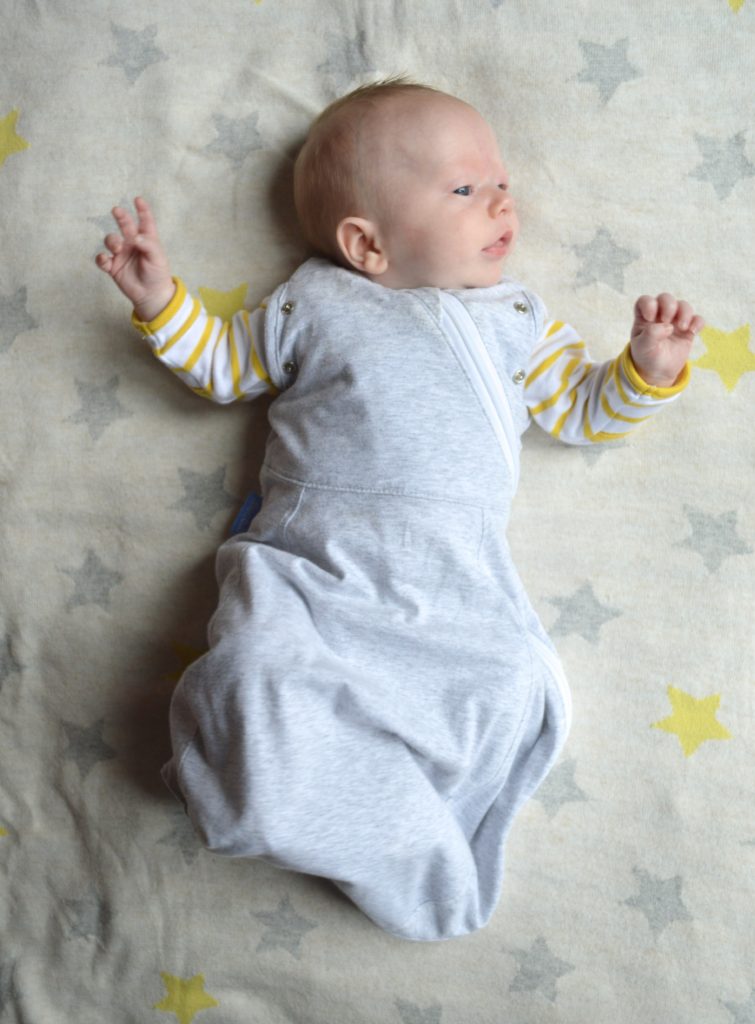 This is what makes the Gro Snug such a great bag because instead of having to put it in the cupboards along with the other things that baby doesn’t like I could just undo the poppers and make it into a sleeping bag with G’s arms free.  He much preferred it this way and has slept in it almost every night since.  The only time we haven’t used it was during the really hot spell when he was sleeping in just a vest with a thin muslin covering him.

One of the reasons I love a sleeping bag is that I think it’s a really good signal to baby from an early age that it is bedtime.  By putting them in the bag it’s a sign to sleep, and it was wonderful to have one that was designed specifically for a newborn.  I have had two small babies and slightly bigger bags wouldn’t have been safe to use.  With the Gro Snug there is also the option to make the arm holes tighter with additional poppers, a feature we used for the first couple of weeks to ensure that it was a snug fit on our little boy. 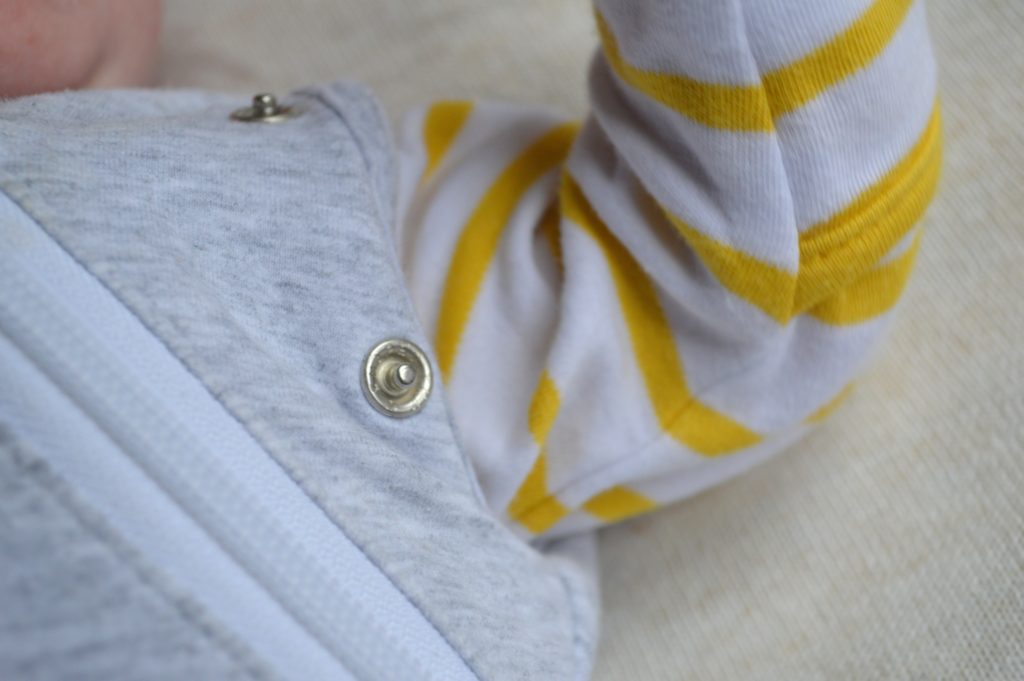 G is quite a wriggly baby and loves to flap his arms and kick his legs.  The Gro Snug is designed to be wider on the bottom half so that baby has room to move their legs but is tighter across the chest.  It zips from the top down to the bottom meaning that nappy changes can be made easily without having to take your baby completely out of the bag.  So handy if you need to do a quick check in middle of the night.

O was a winter baby and I probably worried less about him being cold than I did about G being too hot.  The Gro Snug helped to lessen this worry as on warmer nights a short sleeved bodysuit can be worn underneath and you can layer up with sleep suits for when it is cooler. 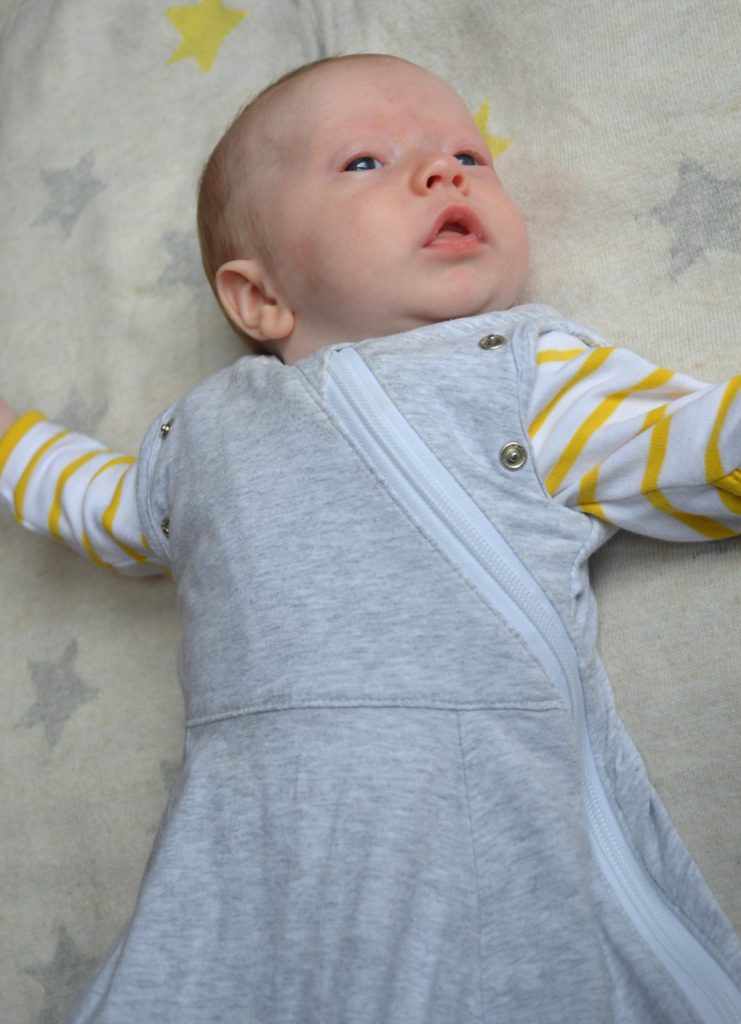 The Gro Snug is suitable for babies from 5lbs to 12lbs.  G is approaching 10lbs and as he now seems to be growing at a rapid pace he will probably have outgrown his in a couple of weeks.  I think it’s fair to say he has had his wear out of it as it has been used almost every night from a few days old and tomorrow he will be 9 weeks.

When you are preparing for a baby it is easy to be dazzled by the latest must-have item, only to find you use it once and it ends up in the back of the cupboard.  The Gro Snug isn’t something you use once, it’s something you use constantly and for around £20 I think it’s a bargain.  Anything that helps a newborn baby to sleep is worth it’s weight in gold! 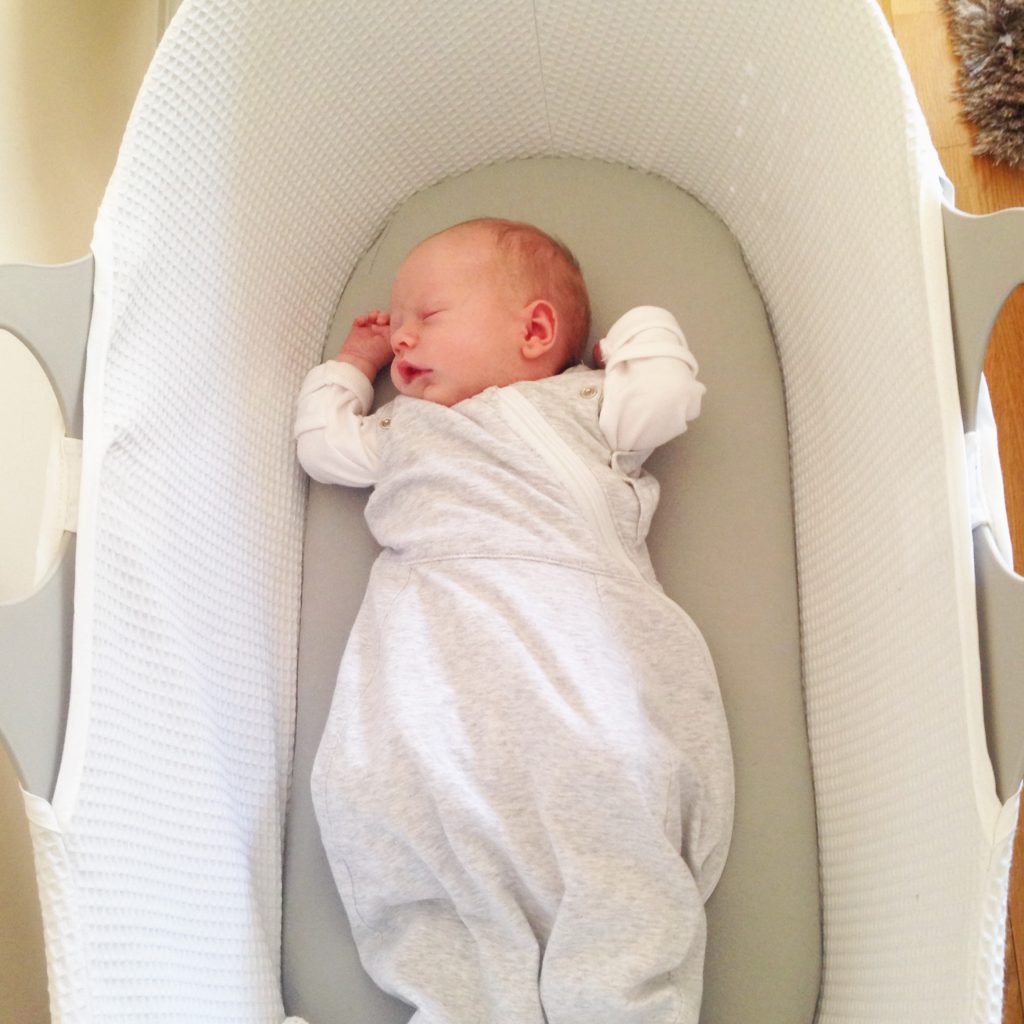 Disclosure:  I was sent this Gro Snug for the purpose of this review but all thoughts and opinions are my own.