One of the aspects of parenting second time round I was most looking forward to was having a pram to push again. There’s something just a little bit wonderful about it and, of course, you want a gorgeous pram or pushchair for your little one (and well for you too).

We were recently asked to try out the Baby Jogger City Tour Stroller and I couldn’t have been more excited.  G didn’t last long in the carrycot of his pram as he hates being flat on his back and also hated that he couldn’t really see.  So far he has been mostly parent facing in his existing pushchair but he is such a nosey baby that he loves being able to see the world around him.  The City Tour Stroller is suitable for children from 6 months to around 3 years and at just turned 6 months G would be testing it out for the younger age range. 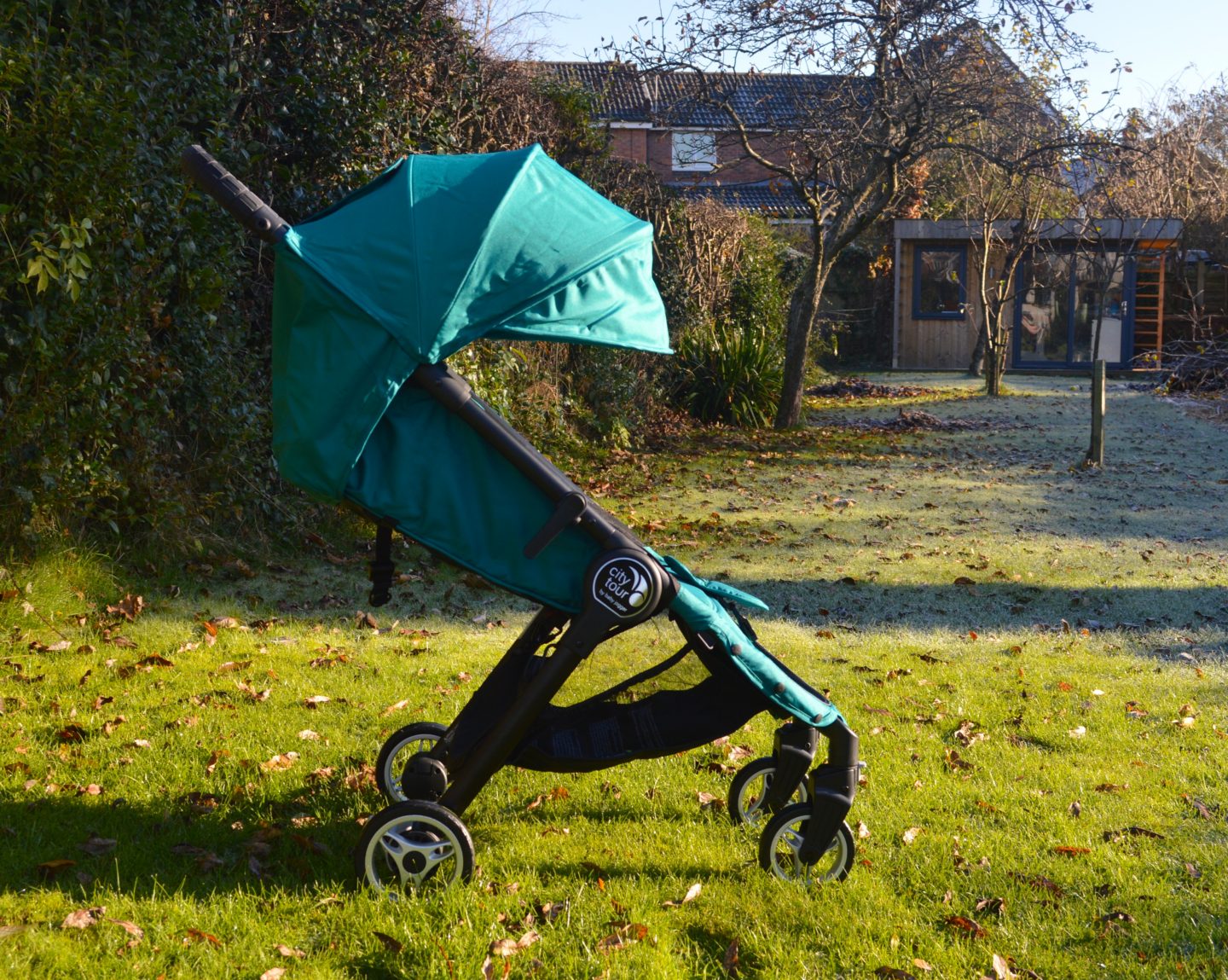 My initial thought when taking it out of the box was “It’s green!”  I have to admit I wasn’t a huge fan of the colour at first sight, I’m not really a green lover but O is and he thought the colour was fab.  I tend to play it safe with pram colours, so far I have owned a black, beige and navy pram so nothing that would particularly stand out.  However, the more I looked at it and as we headed out to road test the stroller the colour really started to grow on me.  It felt nice to have a different colour, something a little brighter.  It wasn’t a colour I would have chosen but actually it looks great.  The official colour is juniper, but it also comes in onyx and violet (or black and purple if we’re not being too fancy).

After being used to pushchairs arriving in huge boxes this came in a very compact one, highlighting how small the pushchair is when folded up.  It couldn’t have been easier to put together, the wheels needed popping on and then we were good to go. 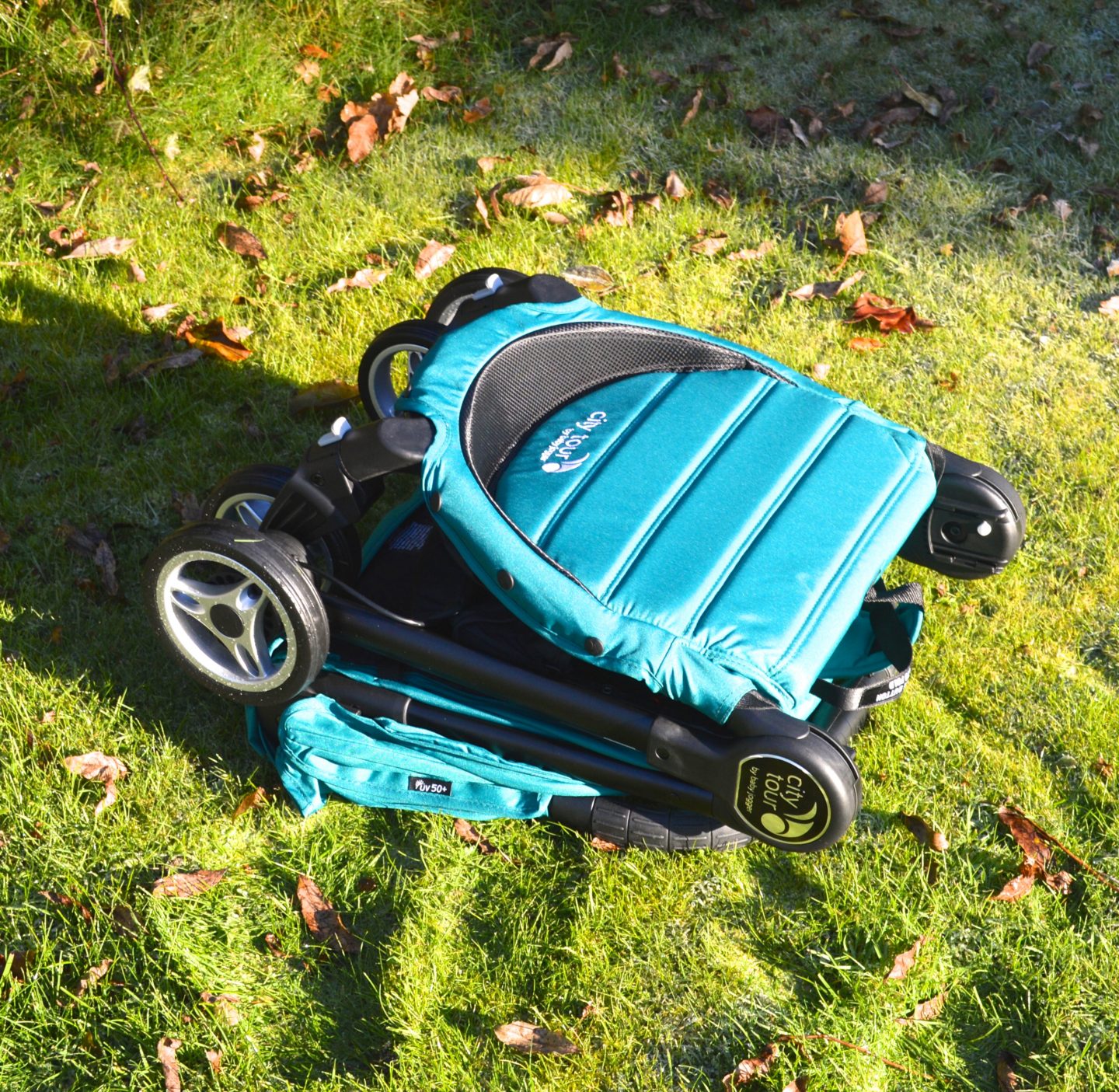 I was pleasantly surprised at how light it was and how easy it felt to control.  Admittedly this was whilst I was pushing it around my dining room so it was time to take it for a real test run and we headed out.

It really is a lovely push.  It felt light and very easy to manoeuvre.  I love my current pram and I knew that it would take some beating but I surprised myself with just how much I liked this.  We took it over the fields as it was a beautiful day and it’s one of my favourite walks and despite the road being a little bumpy G was perfectly happy.

It’s very easy to put up.  There is a small clasp on the side when it is folded that needs to be unclipped but once that has been done it’s up in one swift move.  The handlebar folds up whilst the seat folds down and it is ready to be used in seconds.

The canopy is huge which is great for keeping the sun out of your children’s eyes.

The fabric comes with sun protection built in. 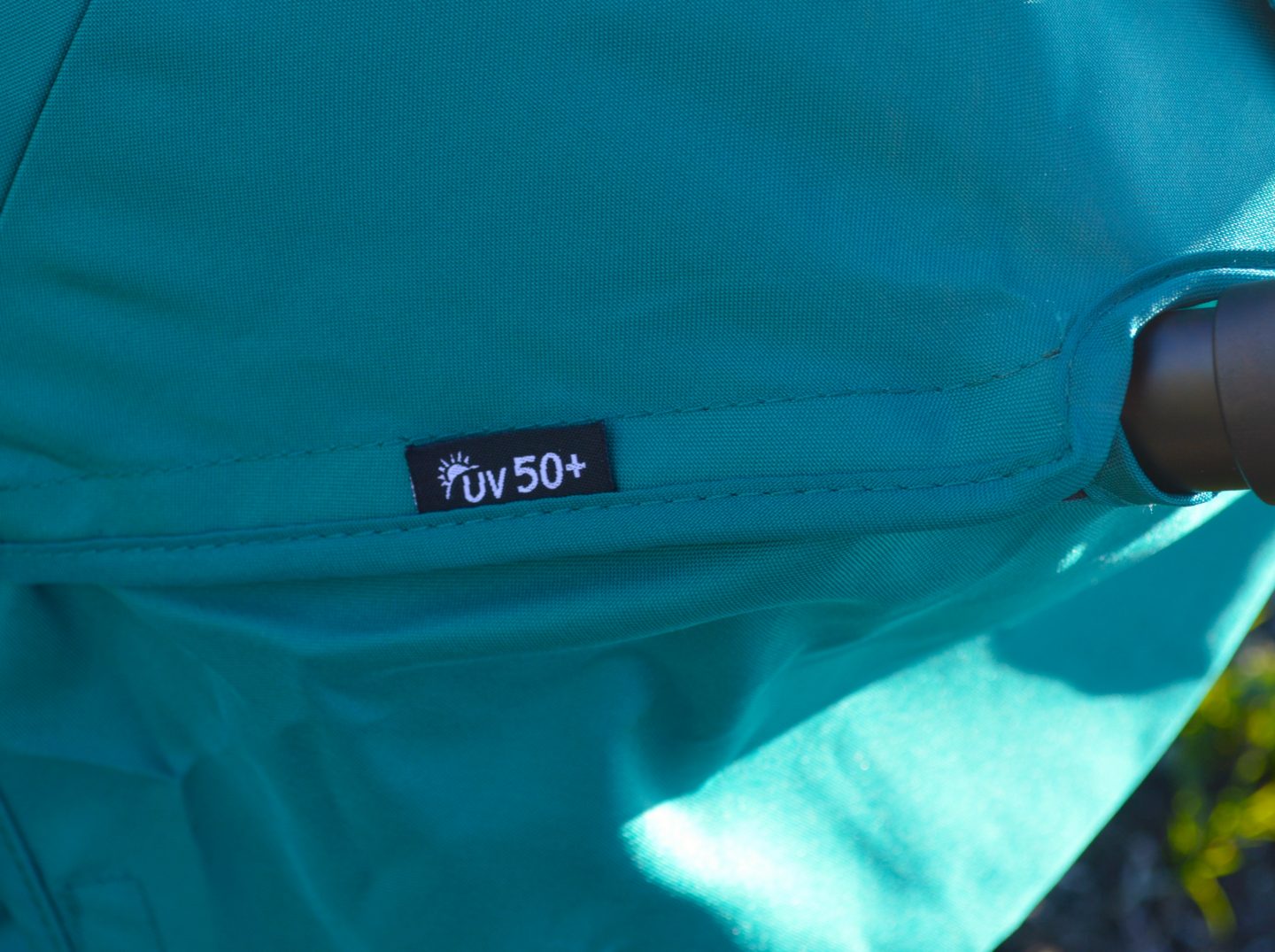 It’s also very easy to put down, and the instructions are very clear.  There is a red button to push on the base whilst pulling the strap on the seat and when this is done the chair folds up.  The handlebar also folds forward resulting in the pushchair ending up very small. I really liked that the instructions were written on the pushchair, every time my parents borrow his chair I have to show them how to put it up and down, this would be a huge help to them. 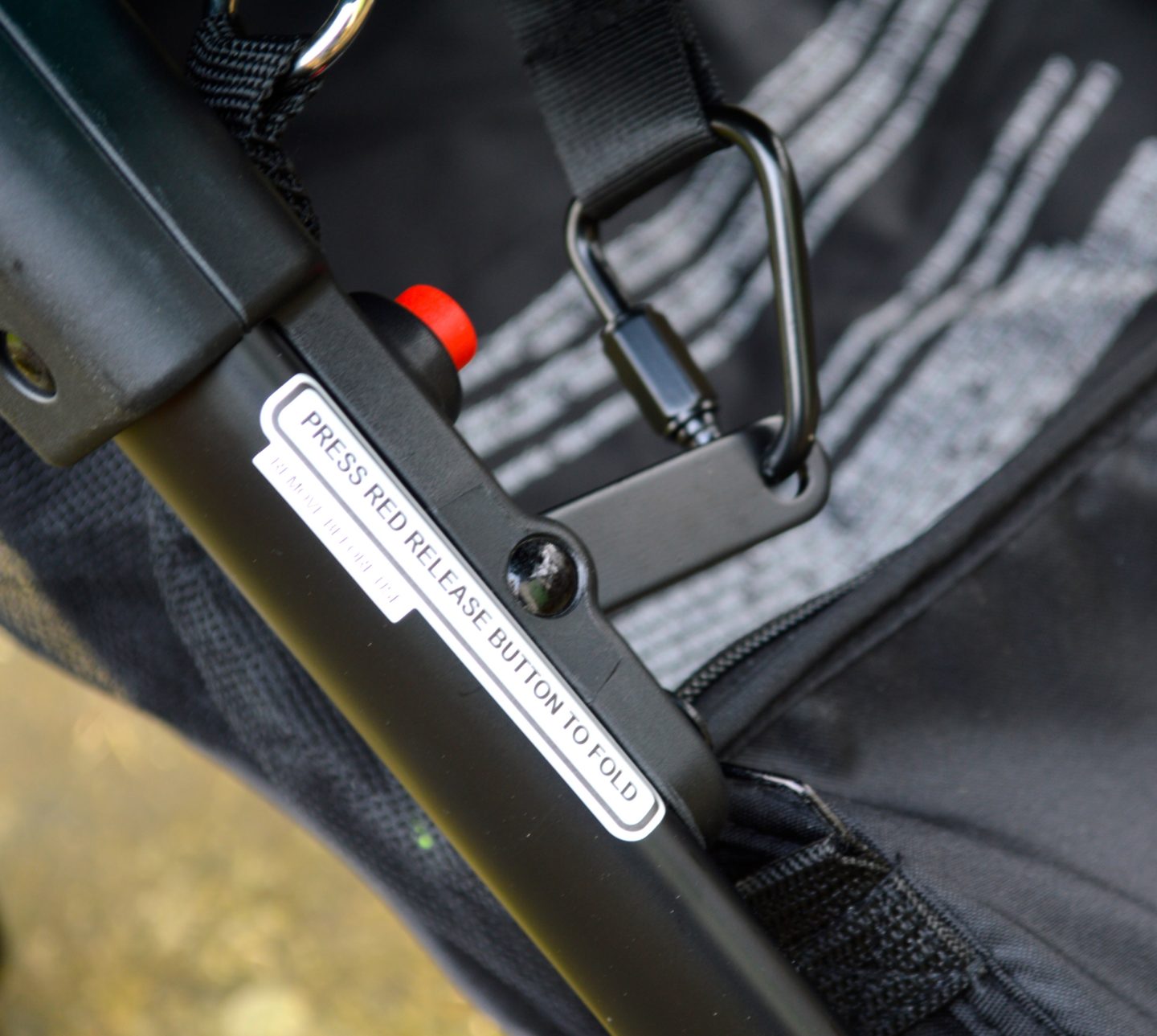 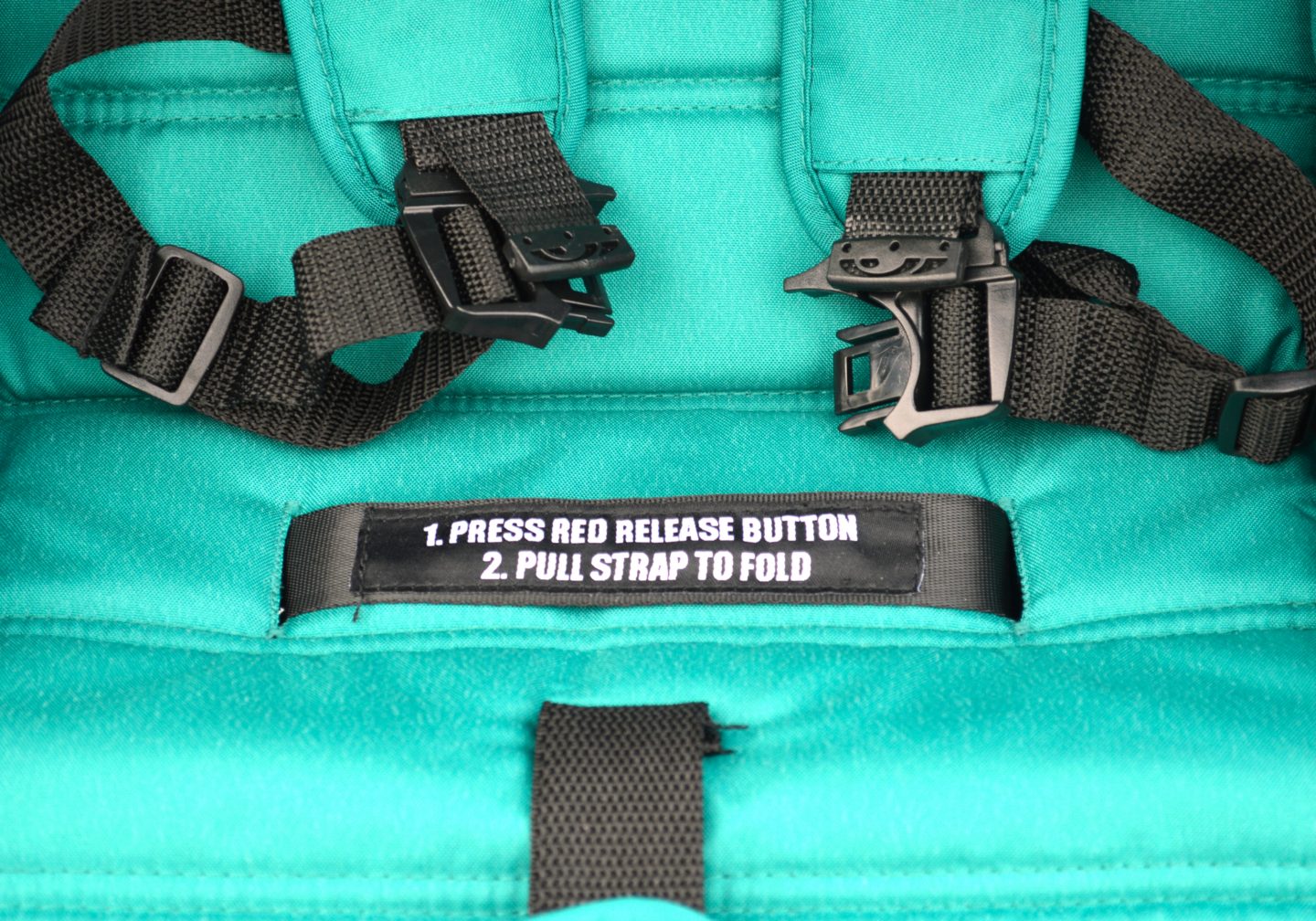 The city stroller comes with a bag which I liked for various reasons.  As well as being handy for storage, I also liked that if you had been for a muddy walk you could pop the pushchair in the bag and avoid getting dirt all over your boot. 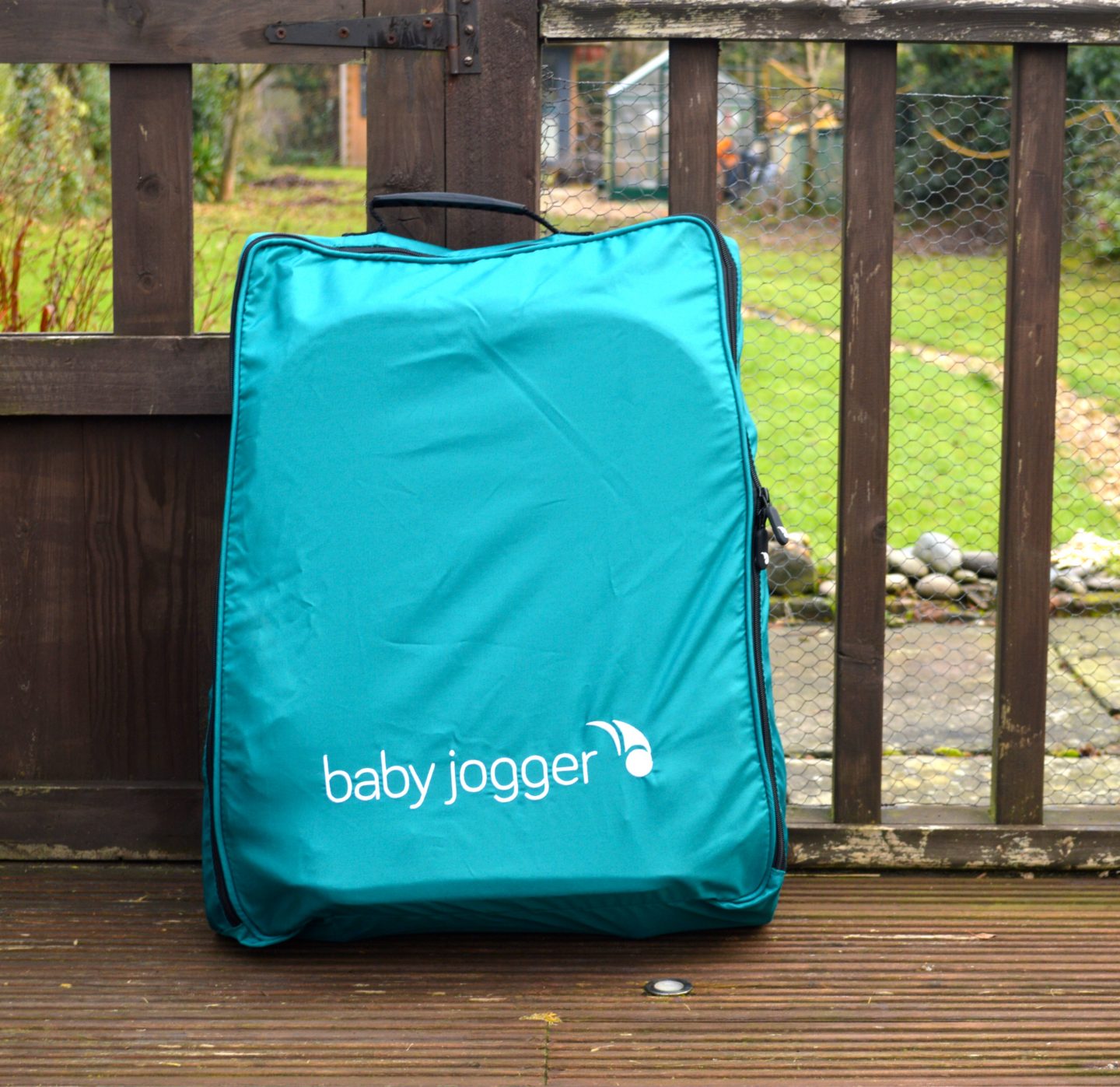 Also, the bag has straps meaning that if you needed to you could carry the chair on your back.  This could be useful when travelling and also with older children who may want to walk some of the time, it really is light so although a little big to be on your back it isn’t heavy and means your hands are free. 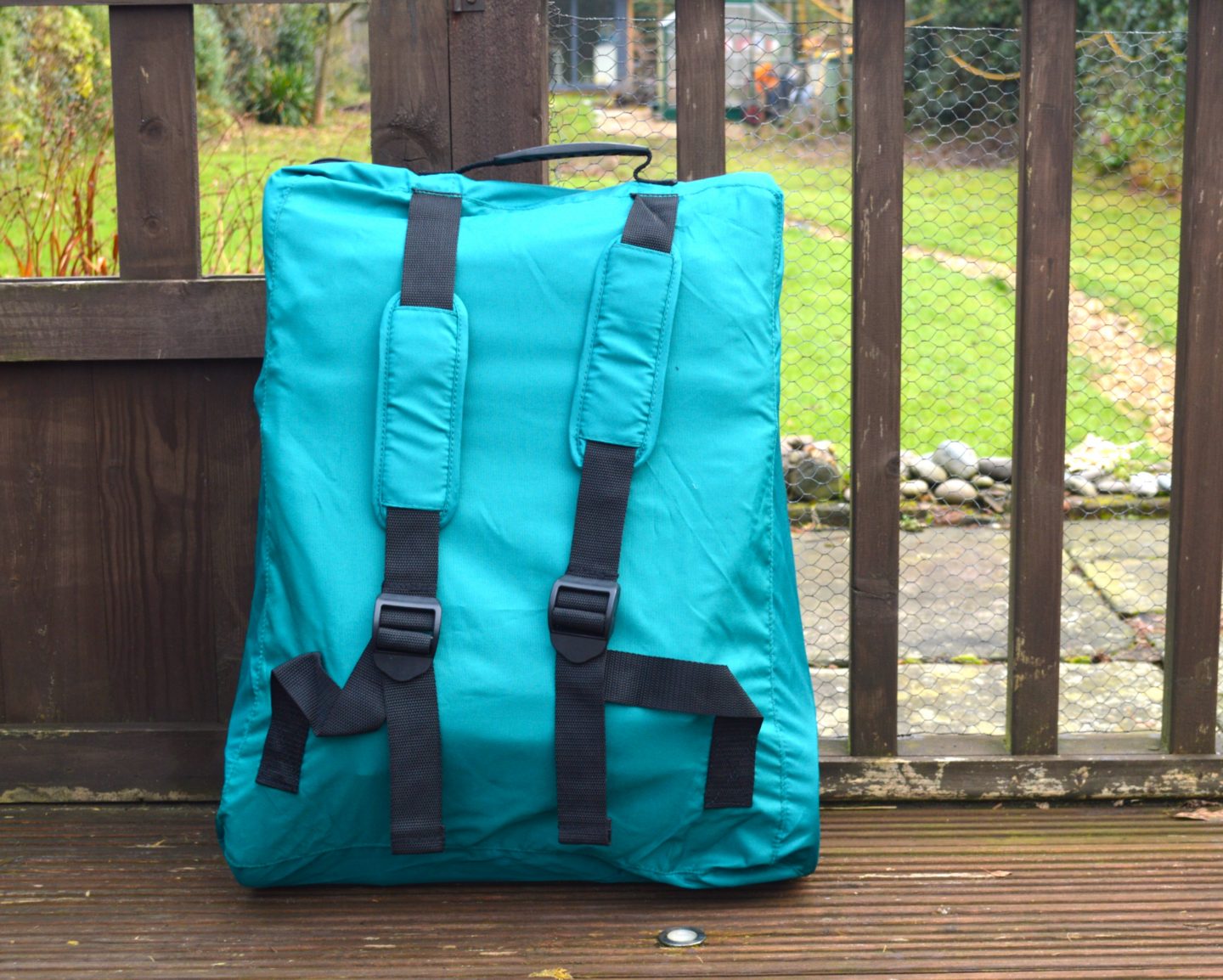 As I mentioned earlier at just 6 months G is the youngest age at which this pushchair is aimed at and doesn’t weigh as much as an older child would.  When my changing bag was on the pushchair (I have a complete inability to travel lightly) it felt that it could quite easily tip backwards if a little extra weight was added to it.  This can be combatted by putting more in the basket underneath and as G gets bigger he will add more weight to balance this out. 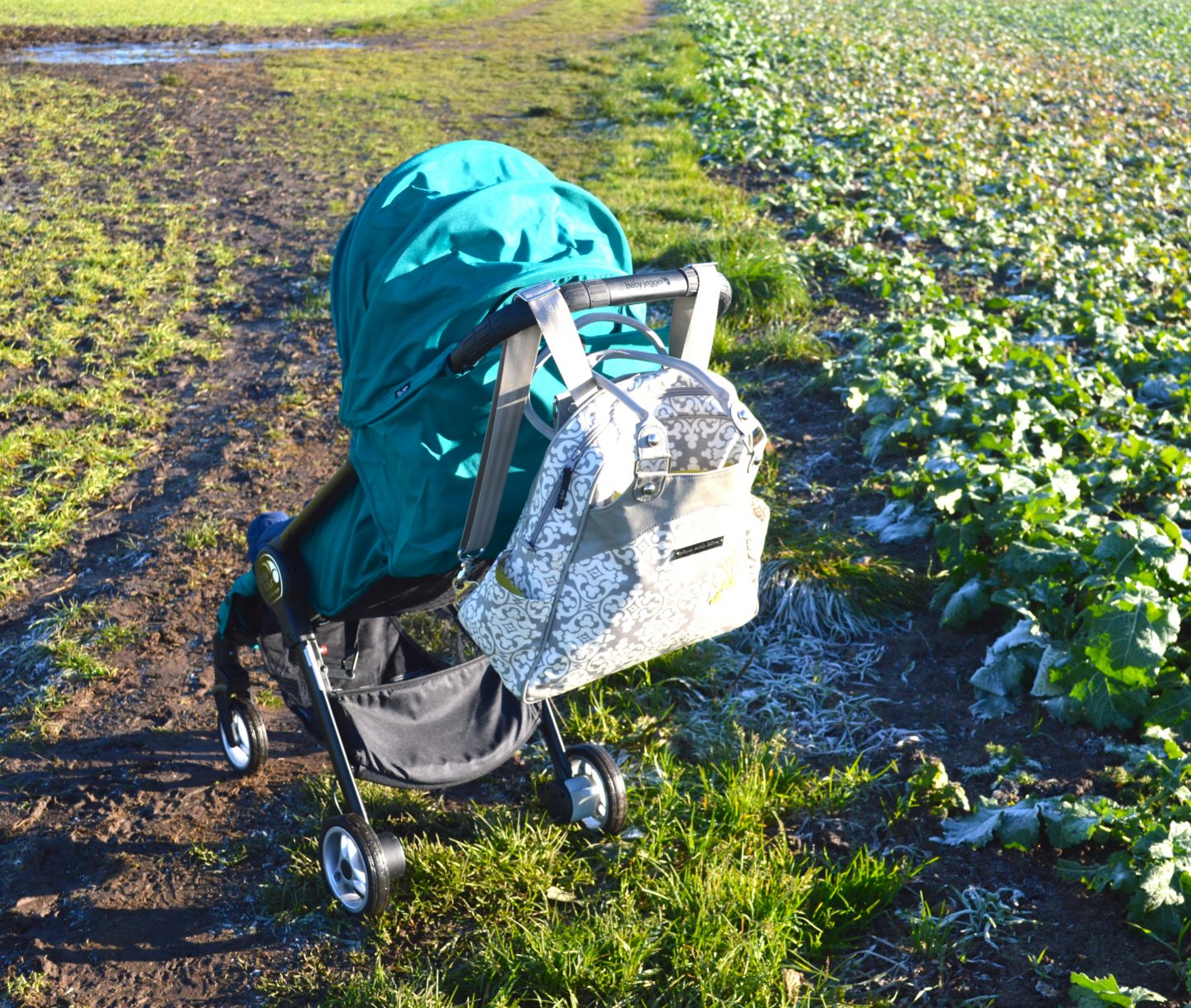 Speaking of the shopping basket, personally I think it could have been a little bit bigger, but that may just be me being fussy as I like a big basket. 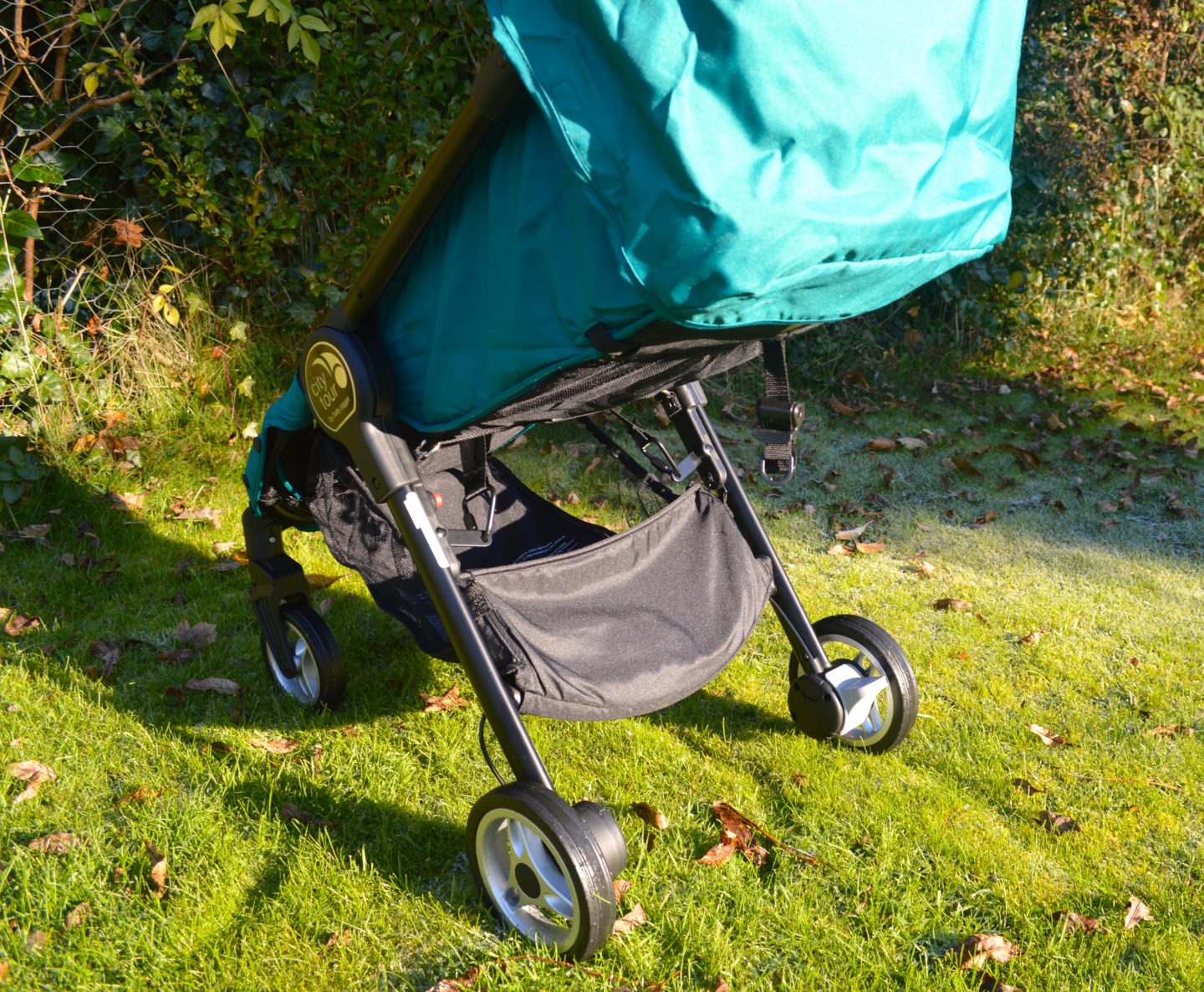 A nice feature would be for the handlebar to be adjustable, it was the perfect height for me but I know my 6ft 1inch husband would find it a little low. 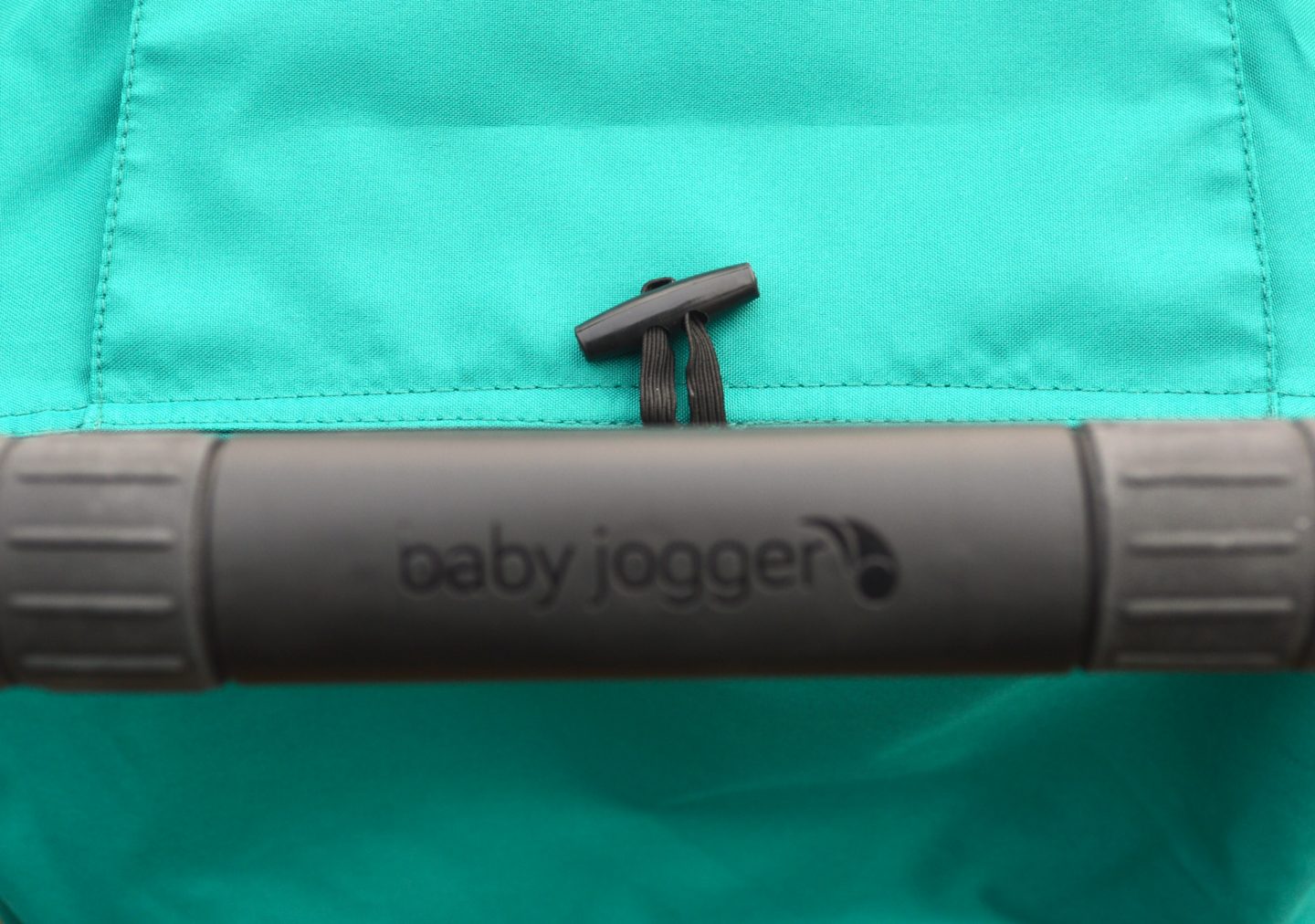 I think it’s really important that a pushchair has an adjustable seat so it can be raised up or down, handy when your little one is napping and I was pleased to see the city tour had one on the stroller.  Whilst it was easy to put down I found it quite fiddly to raise up when G was in the seat.  It was certainly a two handed job and I found it quite hard to raise the seat whilst adjusting the strap.  I’m hoping I’ll get better at this over time. 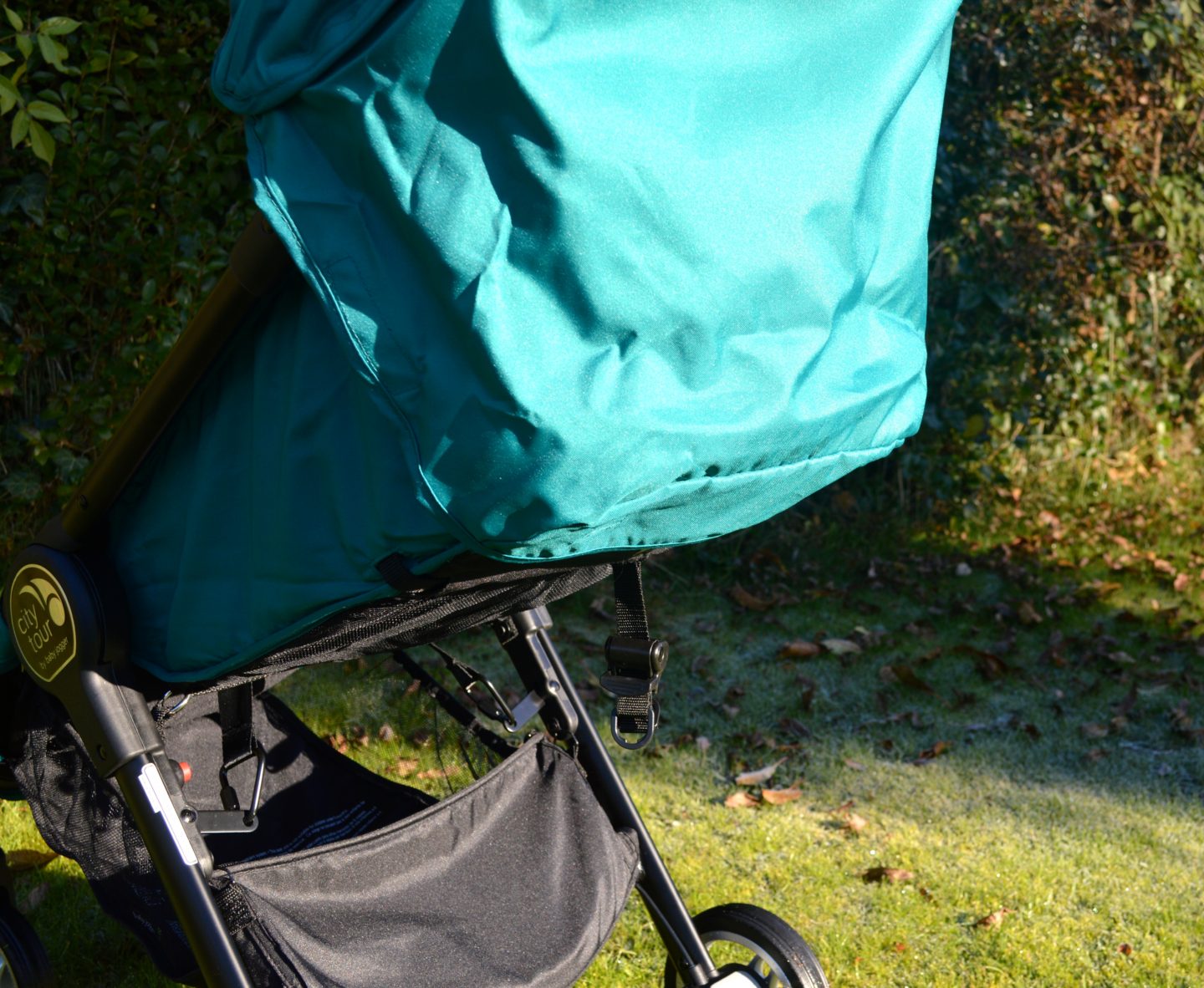 Despite there being a few niggles I would possibly change about the Baby Jogger City Tour Stroller I was quite easily won over by it.  It is so lovely to push and despite not being too keen on the colour to start with, it really grew on me and I ended up loving it.  I was worried it would feel too big for G but that wasn’t the case at all and he was more than happy to be sat in it having a good look at the world around him. 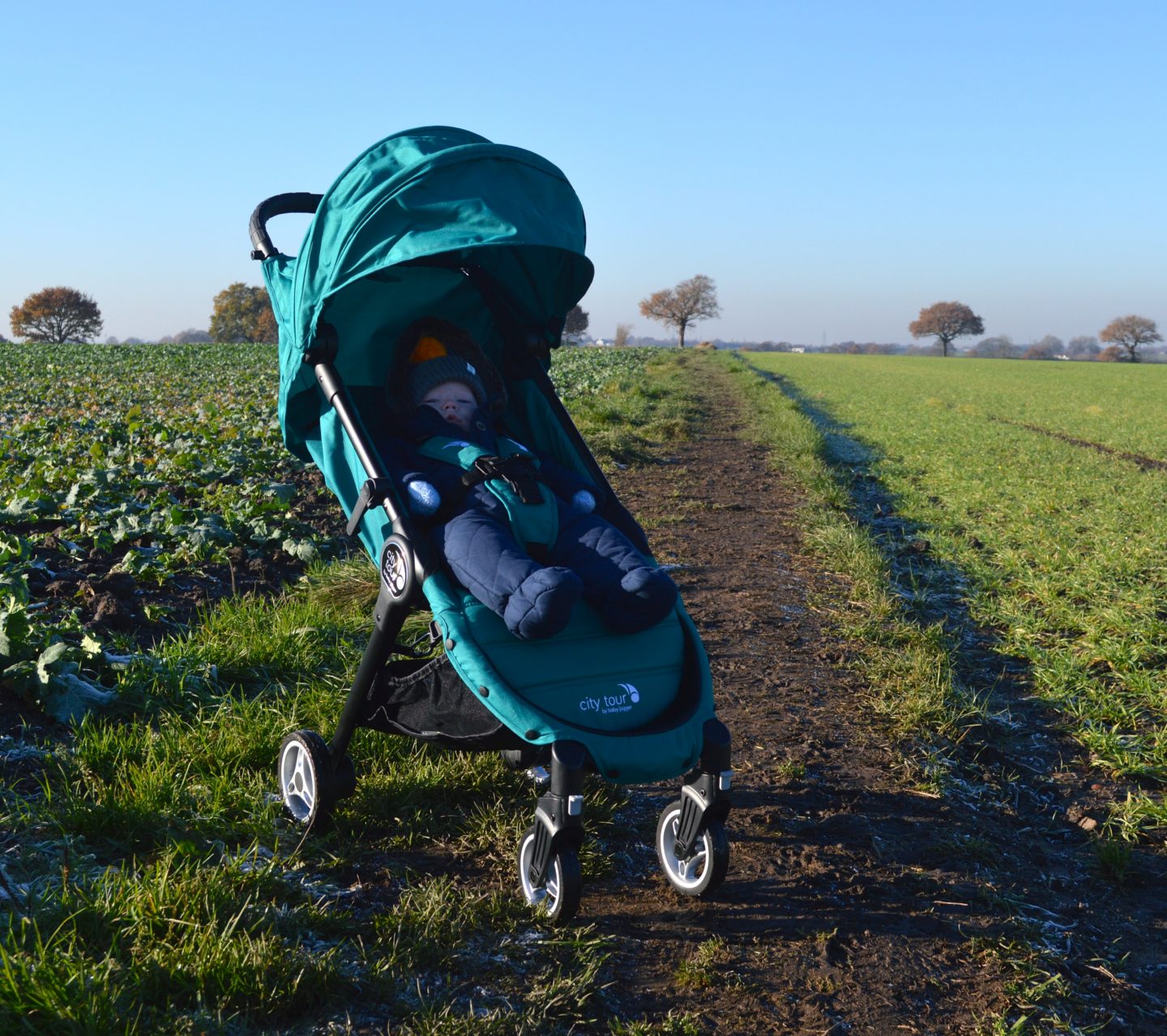 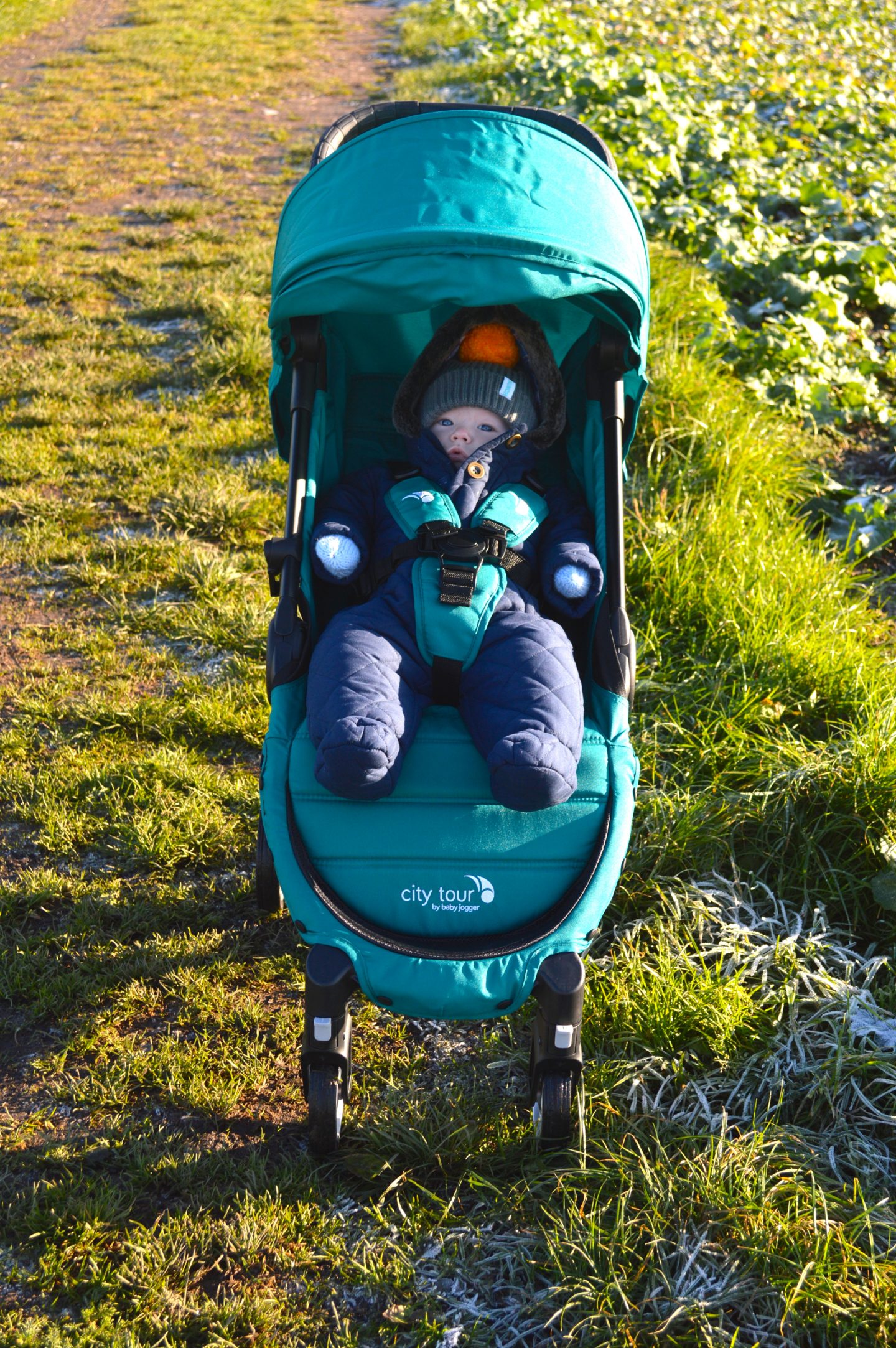 Whilst he is still so young I do like him to be parent facing some of the time but as he gets older I can see us using this more and more on a day to day basis.  It is worth mentioning that it is an ideal pushchair for travelling, whether that’s by car, train or plane.  We are going to Disneyland Paris in February and this pushchair will be perfect for the trip, and again when we are on our summer holidays next August.  One huge advantage of the city tour stroller is how small it folds up which is ideal when holidaying in this country as it doesn’t take up much boot space, something that is so precious when you’re travelling with two kids and you need as much room as possible.

I love our current pram (it was my little treat to myself when I was pregnant) and it is great whilst G is still a baby but this has given it a run for its money, and I can see the Baby Jogger becoming our number one pushchair as G gets older. 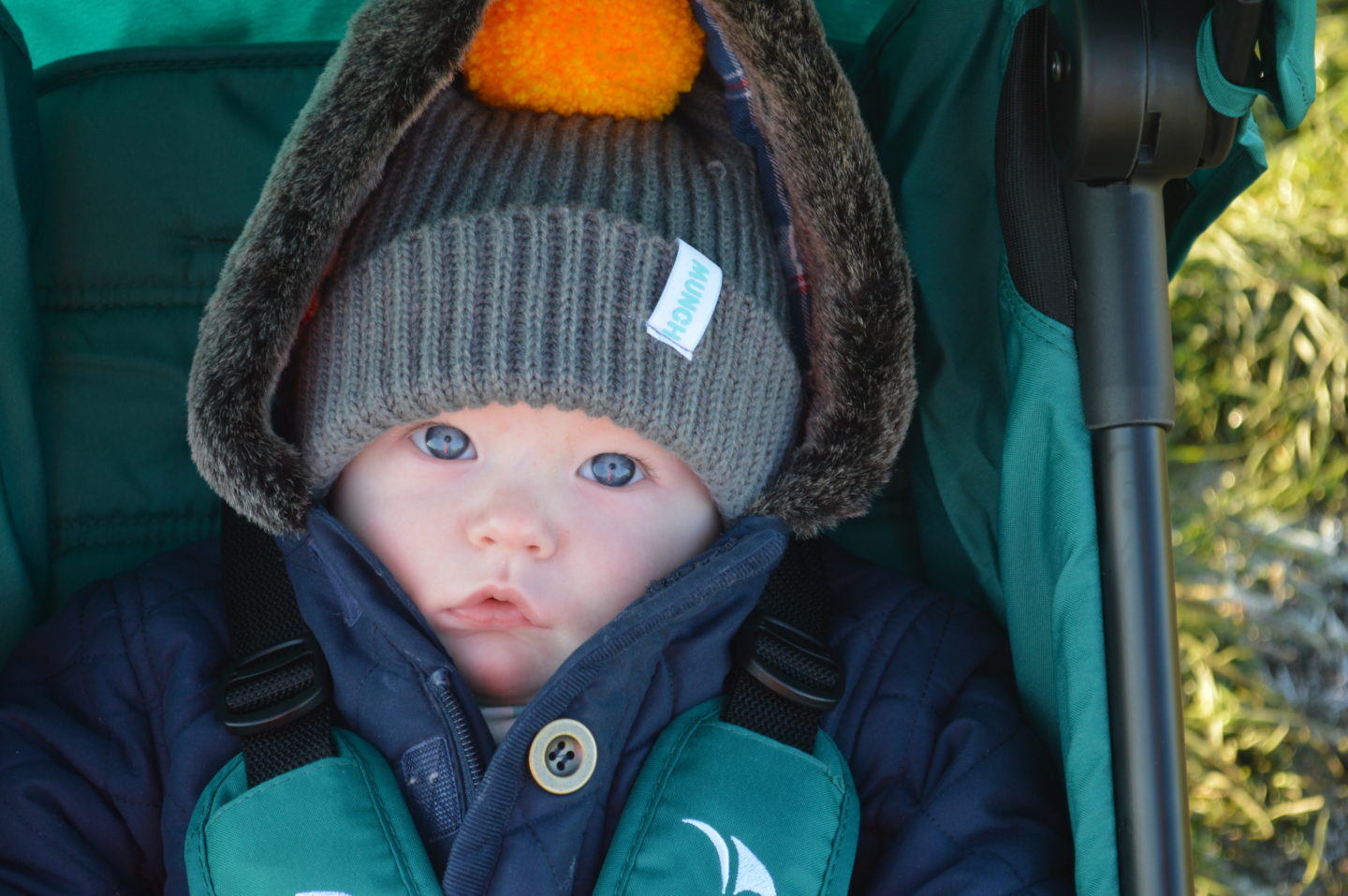 The Baby Jogger City Tour Stroller retails at £249 and is available in three colours.

Disclosure:  We were kindly sent the stroller for the purpose of this review.  All thoughts and opinions are my own.