We have been long time fans of Orchard Toys in our house.  I first discovered them when a friend bought O the Alphabet Match game as a birthday present.  He loved it instantly and I loved that it was teaching him to recognise his letters from a early age.  I’m a huge fan of how they make their toys and games fun and educational at the same time.

We were recently sent a few Orchard Toys products to review and I couldn’t wait to try them out with O.

Where Do I Live? 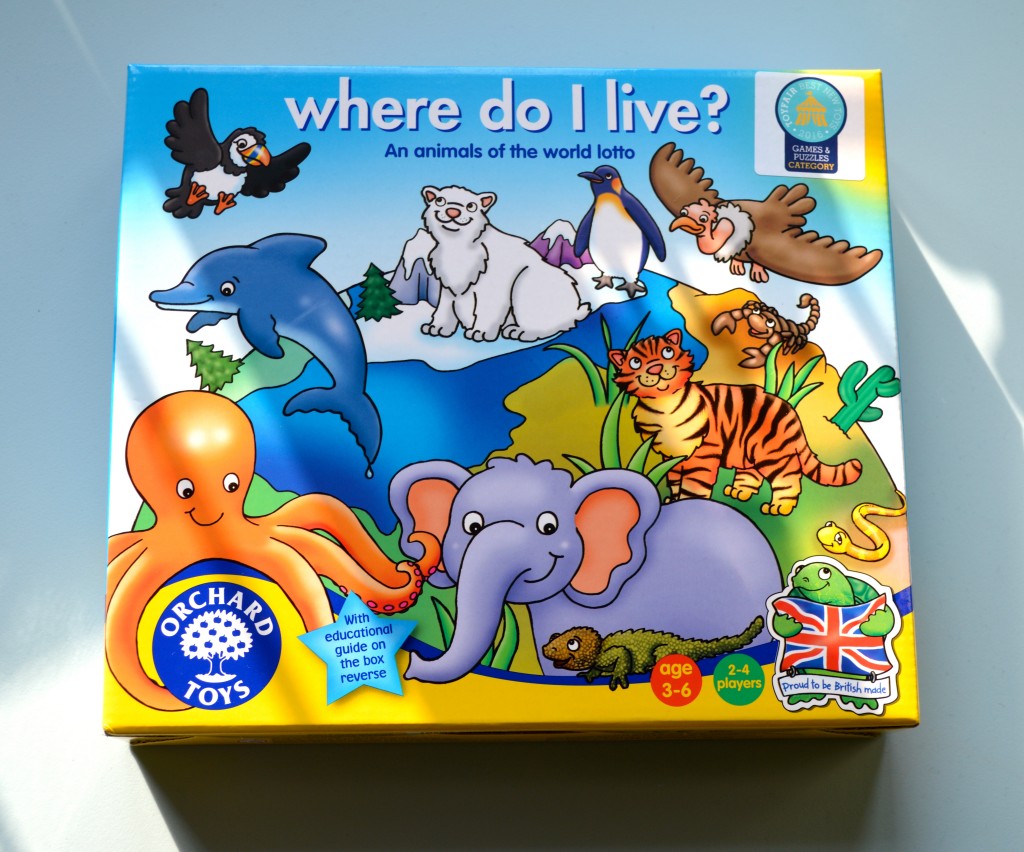 I really liked this game and as O loves animals he was a fan too.  The idea is to match animals to their habitats and whilst doing so this will prompt further discussions about the creatures.  He loved matching the animals to where they lived and it did result in some chatting about recognising animals and where they lived but our talks didn’t develop further than that, he was too eager to fill his card. 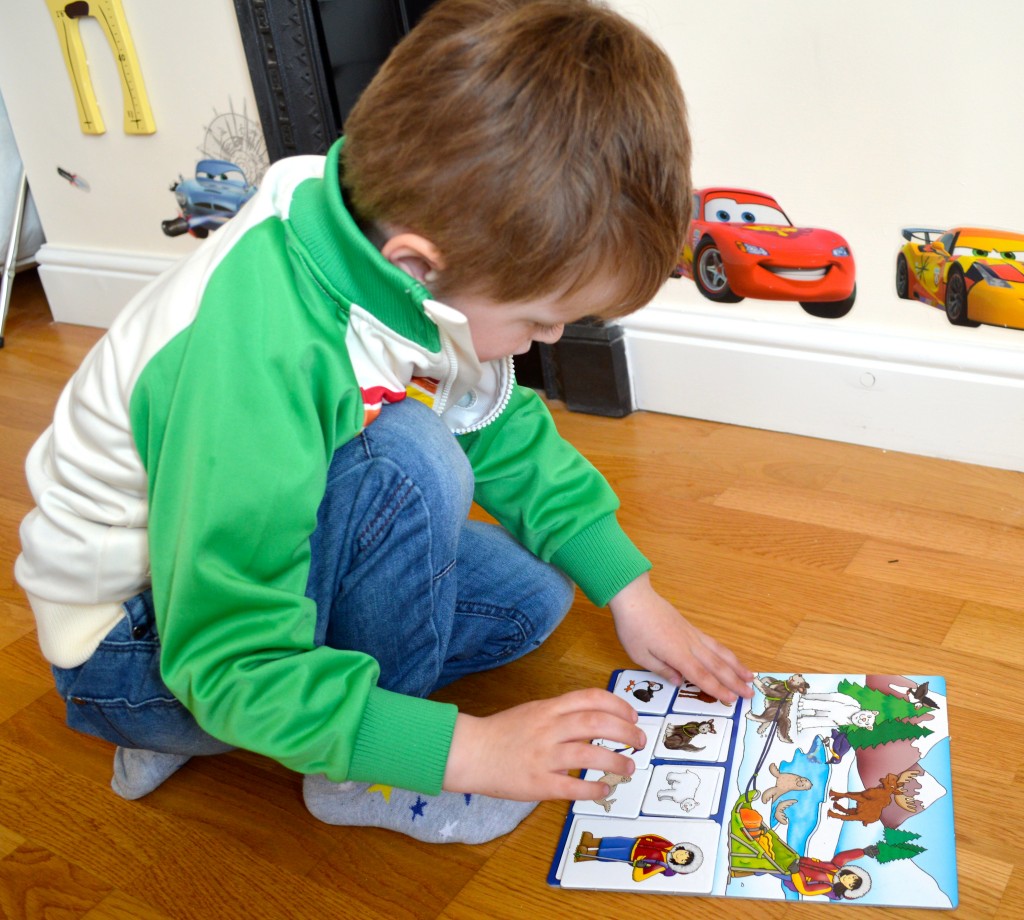 The game is aimed at ages 3-6 and one of the features I love about Orchard Toy games is that they can be developed as your child gets older.  As O is 4 he was keen to fill his card with the animals and that was his main focus but as he gets older and starts school it is a game we can re-visit and discuss the animals in more detail. 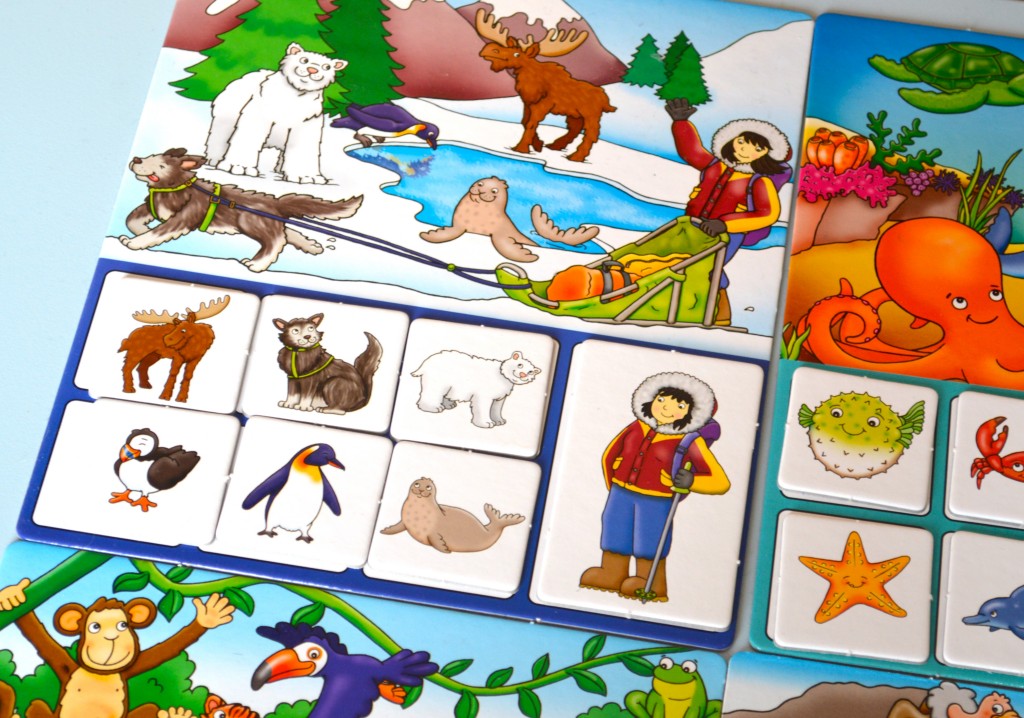 A lovely part of the game was that on the back of each card there were facts about the animals and I am looking forward to when O is ready to listen and learn more about the animals which I am sure will come in time. 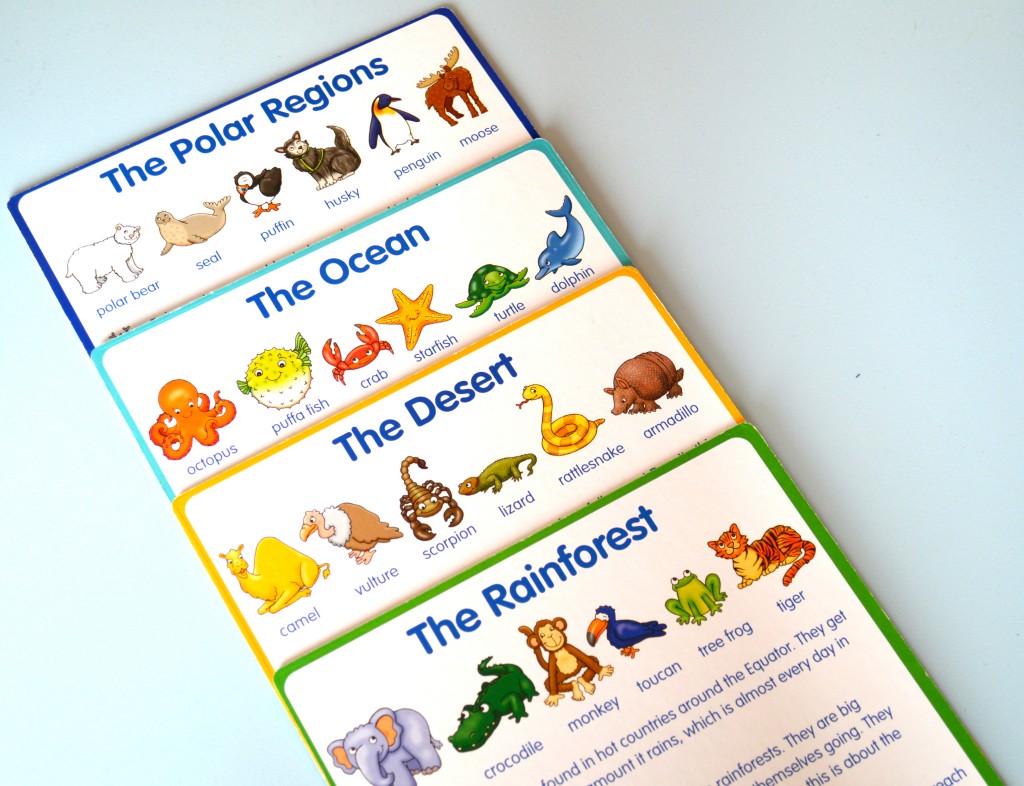 Quite often with Orchard Toy games I have found that O develops his own way to play them and whilst that may not be one of the suggested games it works for us and I like that we can use one product in several different ways.

We were also sent three of the Orchard Toys colouring books, ABC, Number and First Words.   I have to admit O loves these sorts of books and we have had a couple in the past for him to practice his words and numbers. 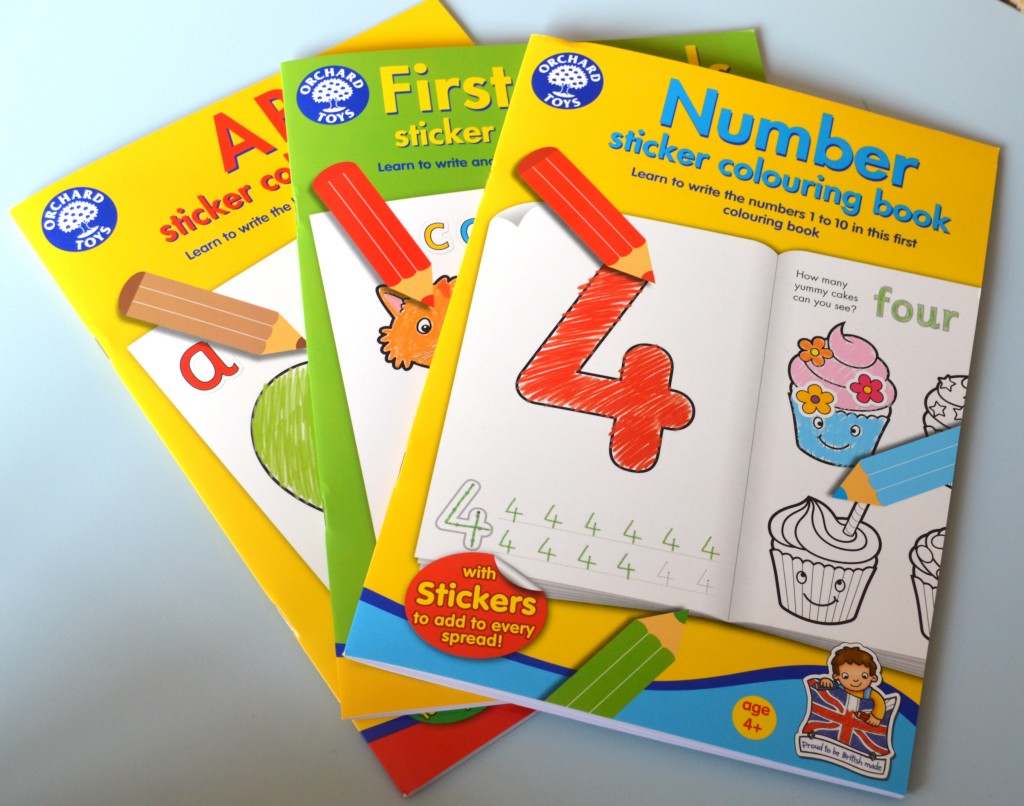 Now I know I’m a bit biased, being his mum and all, but he is pretty good with his numbers.  Something that does make his maths teacher mum quite proud.  Because of this he does like practicing his numbers as it seems to come quite naturally to him, and the fact that this book also contained stickers made him very happy. 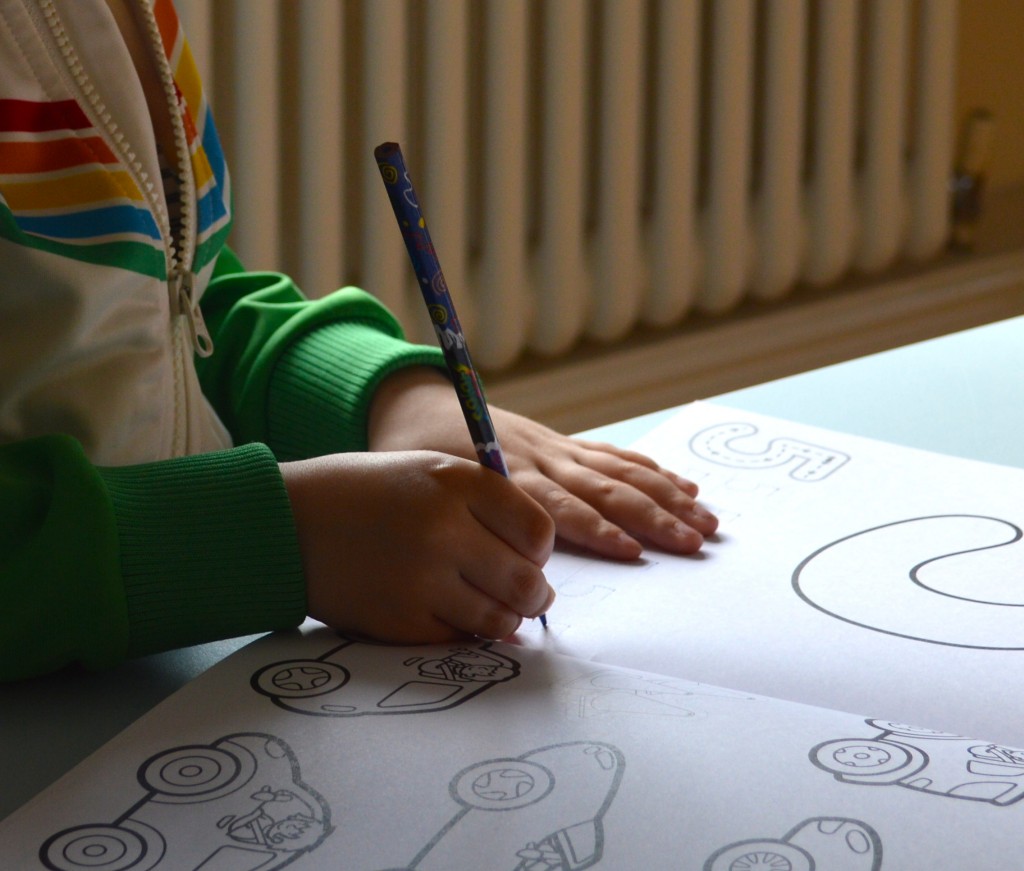 I sometimes worry that we focus too much on his numbers rather than his letters and literacy so I was happy to have the opportunity to try out the ABC and First Words books too.  He can remember most of his letters and between nursery, pre school and home we have been working on starting to recognise small words.  Bath times usually consist of us getting the foam letters out and trying to spell out some basic words.

I really liked the first words book as it reinforced what he has been learning, and again the stickers were a huge hit.  O gets a little bored sometimes colouring in, but he is always happy with stickers and it’s a great idea to have both options in the book.  He did do a bit of colouring but soon wanted to swap to the writing. 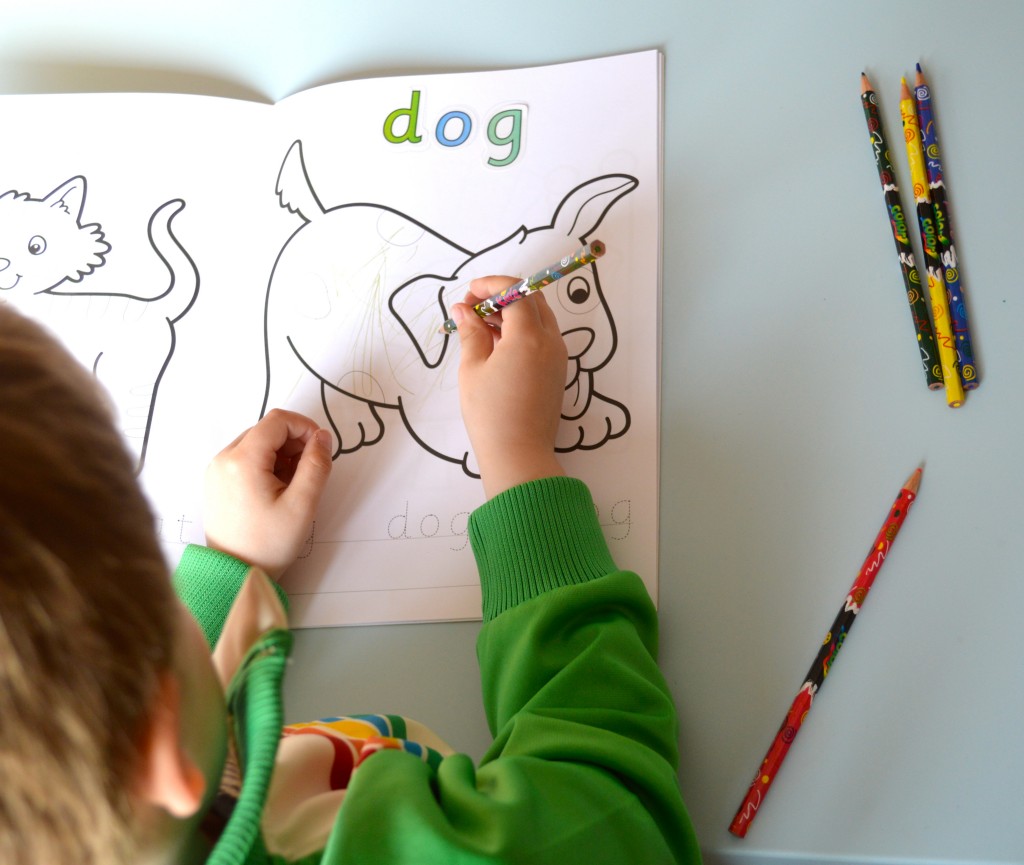 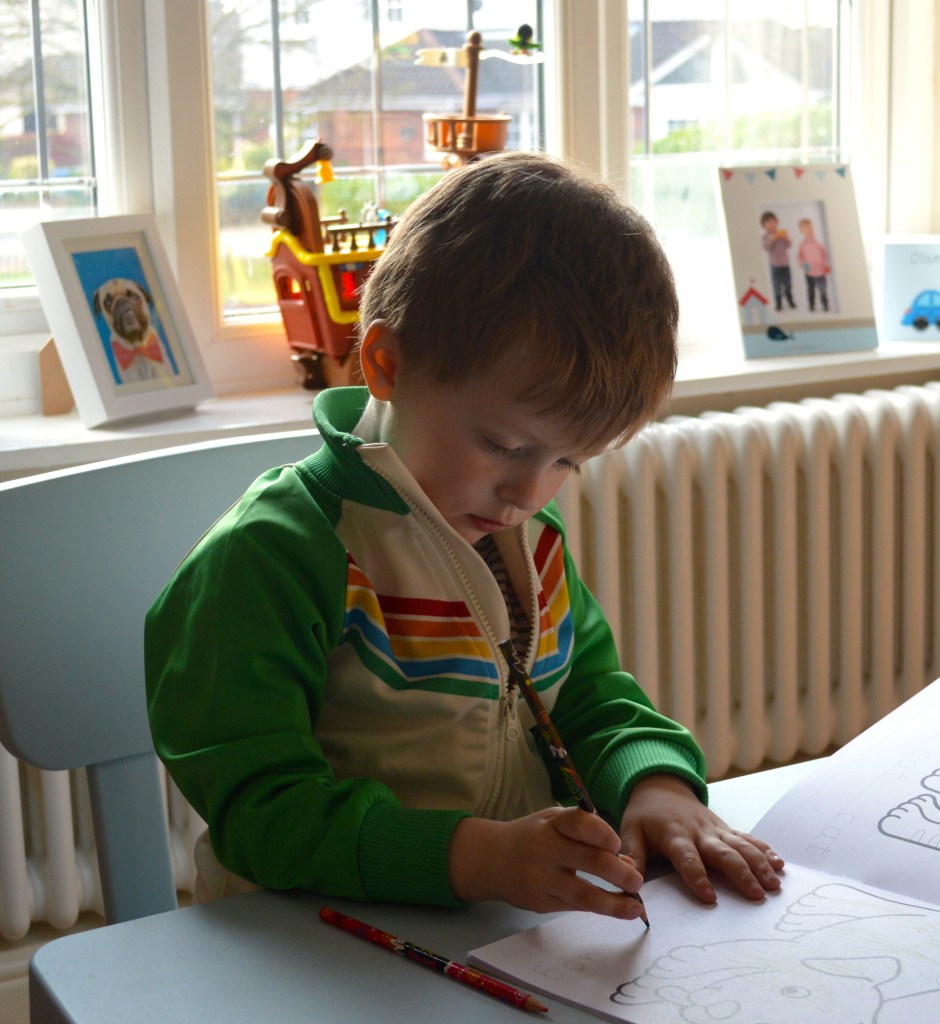 There are plenty of activities within these books and despite having used them several times we still have lots of pages left to fill, and I think they will keep O busy for the next few weeks.

With every Orchard Toy game we have had I have found that O genuinely loves playing with it and they are often the boxes he repeatedly goes back to wanting to play them again.  For a little boy with a short attention span I take this as a huge sign of approval.

Disclosure:  We were sent the game and books for review purposes but all thoughts and opinions are my own.