It’s been almost a year since we received the planning permission for the new extension to our home and even though we’re now four weeks into the build it still feels very surreal that it is actually happening.  We have spent so many hours planning, discussing, making decisions, it is really exciting to see things starting to actually happen.

We have always loved our house but with two growing boys and a fully open plan layout downstairs it was starting to feel that we were a little on top of each other.  The extension will bring us a large kitchen/dining/family space at the back of the house with bi-folding doors to the garden on the ground floor and will extend our bedroom on the first floor with the addition of a new balcony overlooking the back.

We are still weeks (hopefully not too many months) away from it being completed but let me fill you in on what has been going on.

This is what we started with, a mostly unused conservatory that had become a dumping ground for anything there wasn’t space in the house for and a balcony off the bedroom that I was starting to question how safe it was to stand on. 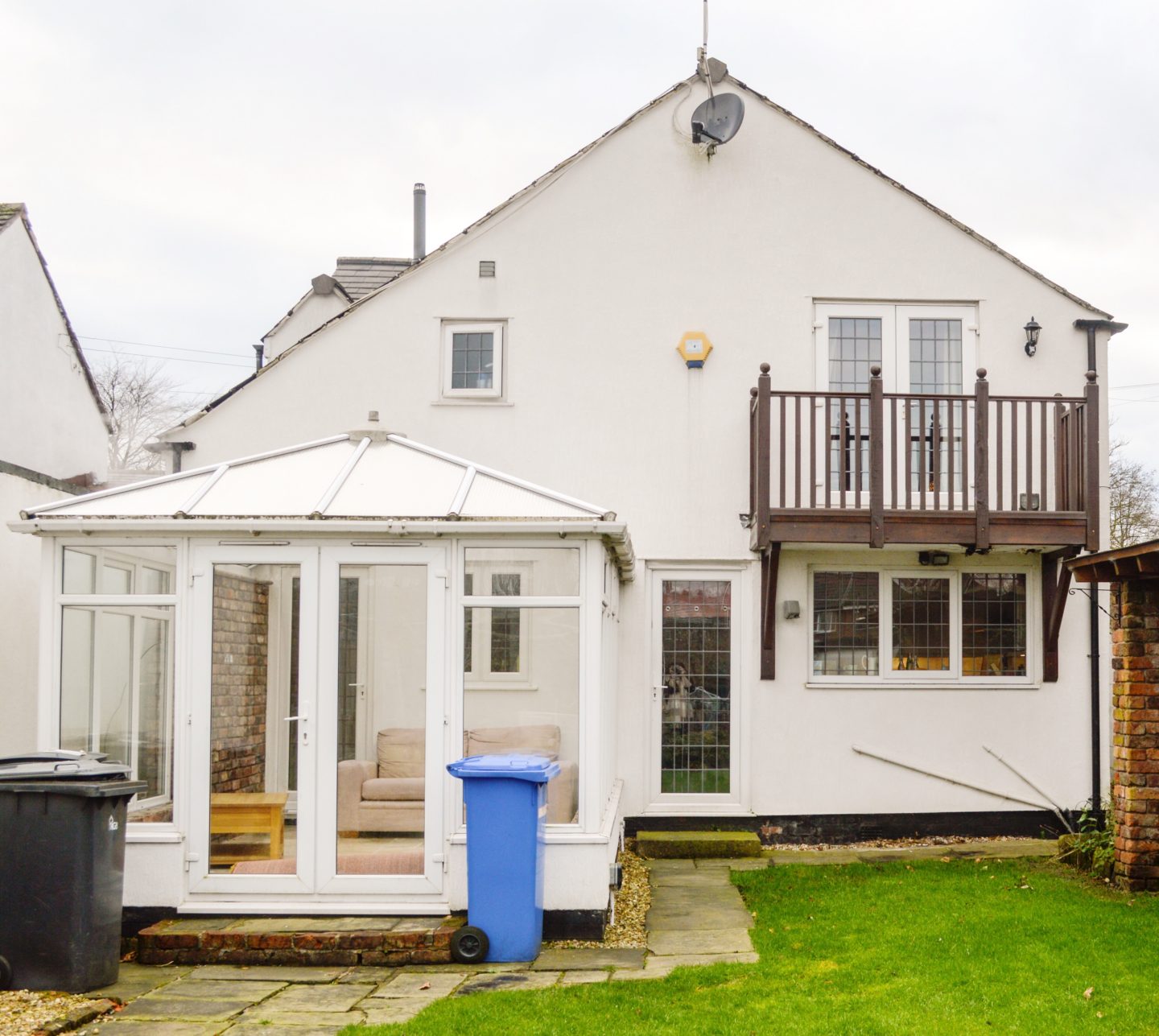 And by the end of day one the conservatory had gone and the foundation digging had begun. 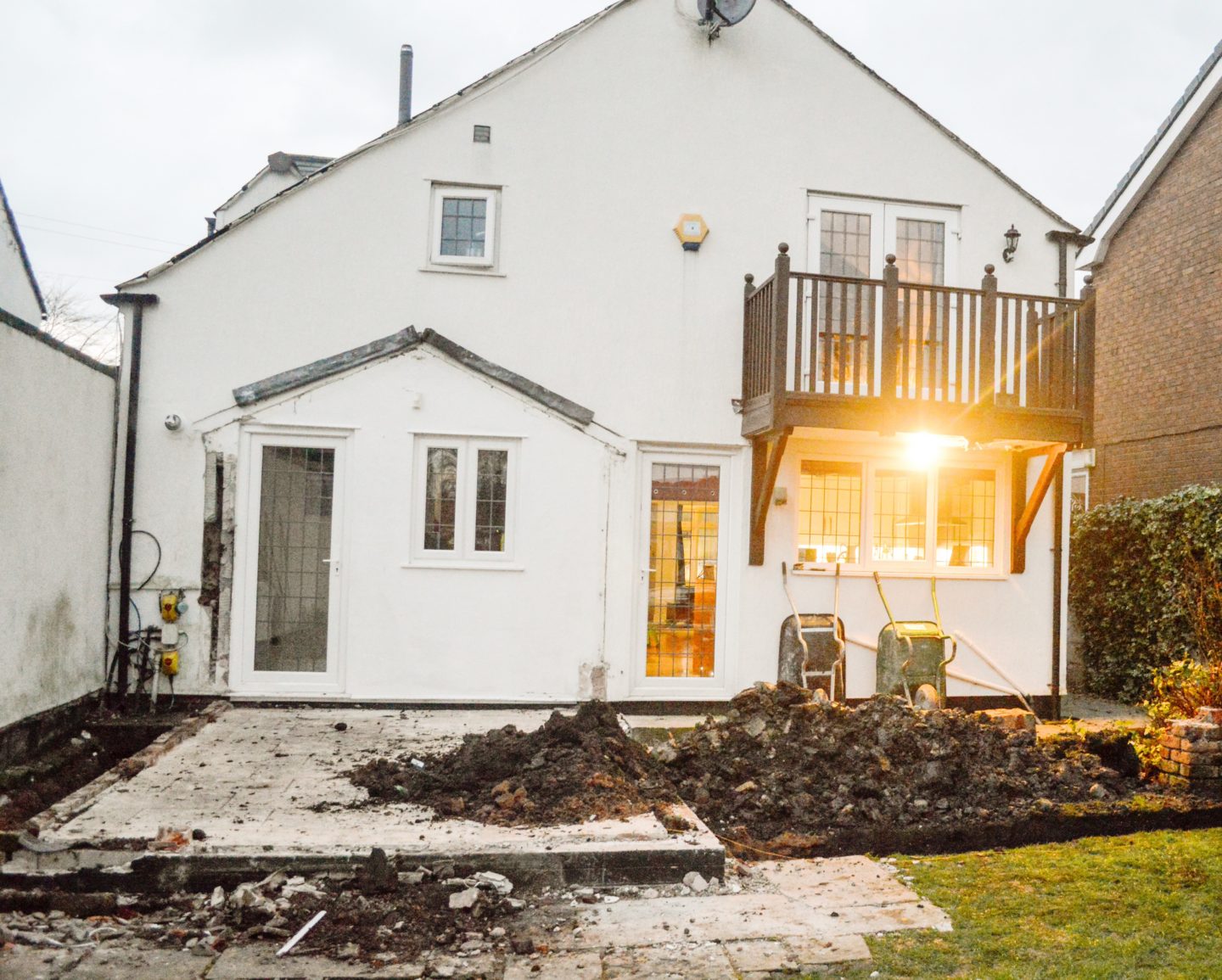 The rest of the week involved a lot of digging!

The second week saw the initial steelworks being concreted into place (which later needed moving 5cm to the right!) and the beginnings of some walls.  I think it was at this point that we started to panic that it wasn’t going to be big enough which is silly because it  is really quite big but it is hard to get perspective on the space whilst it’s so unfinished. 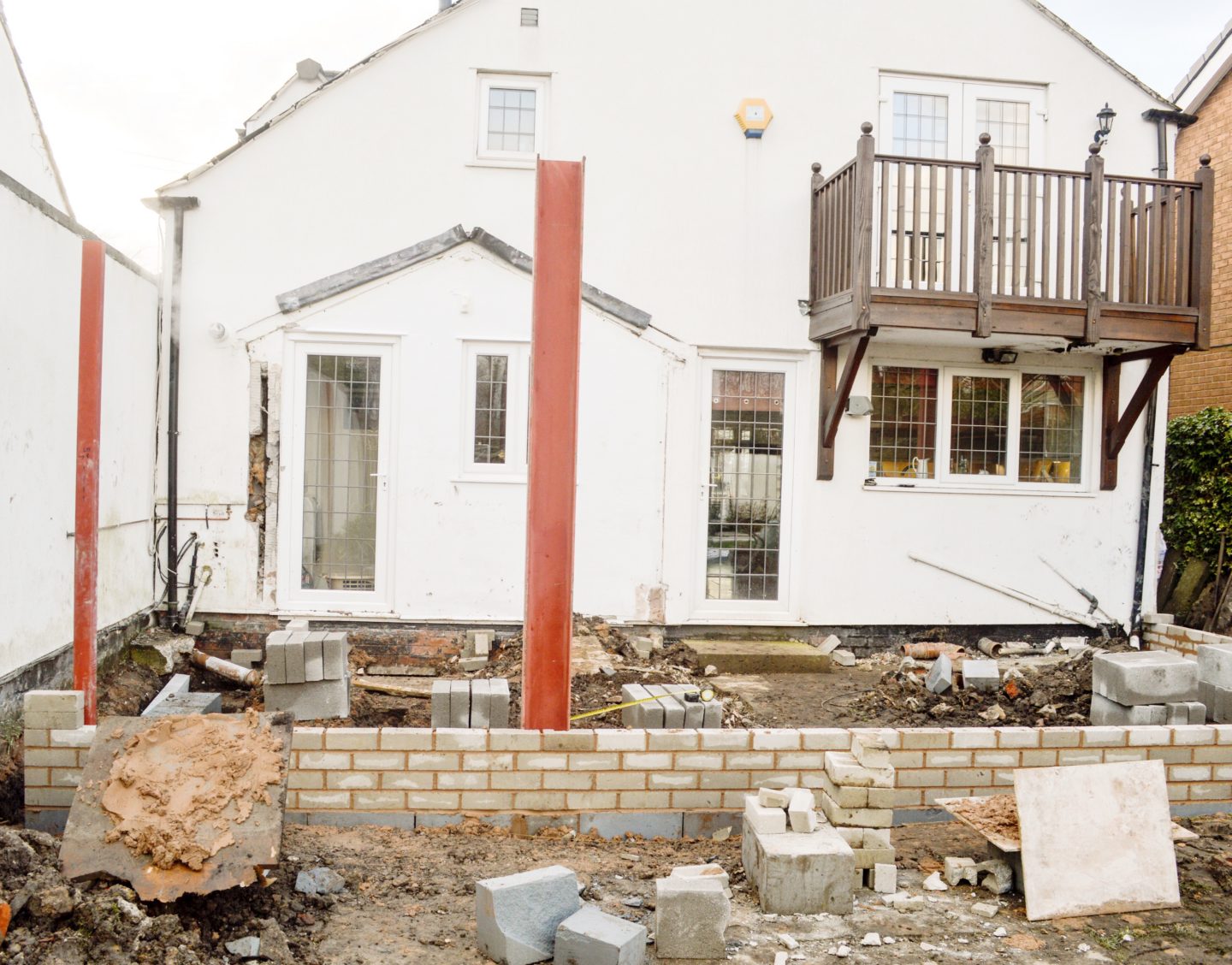 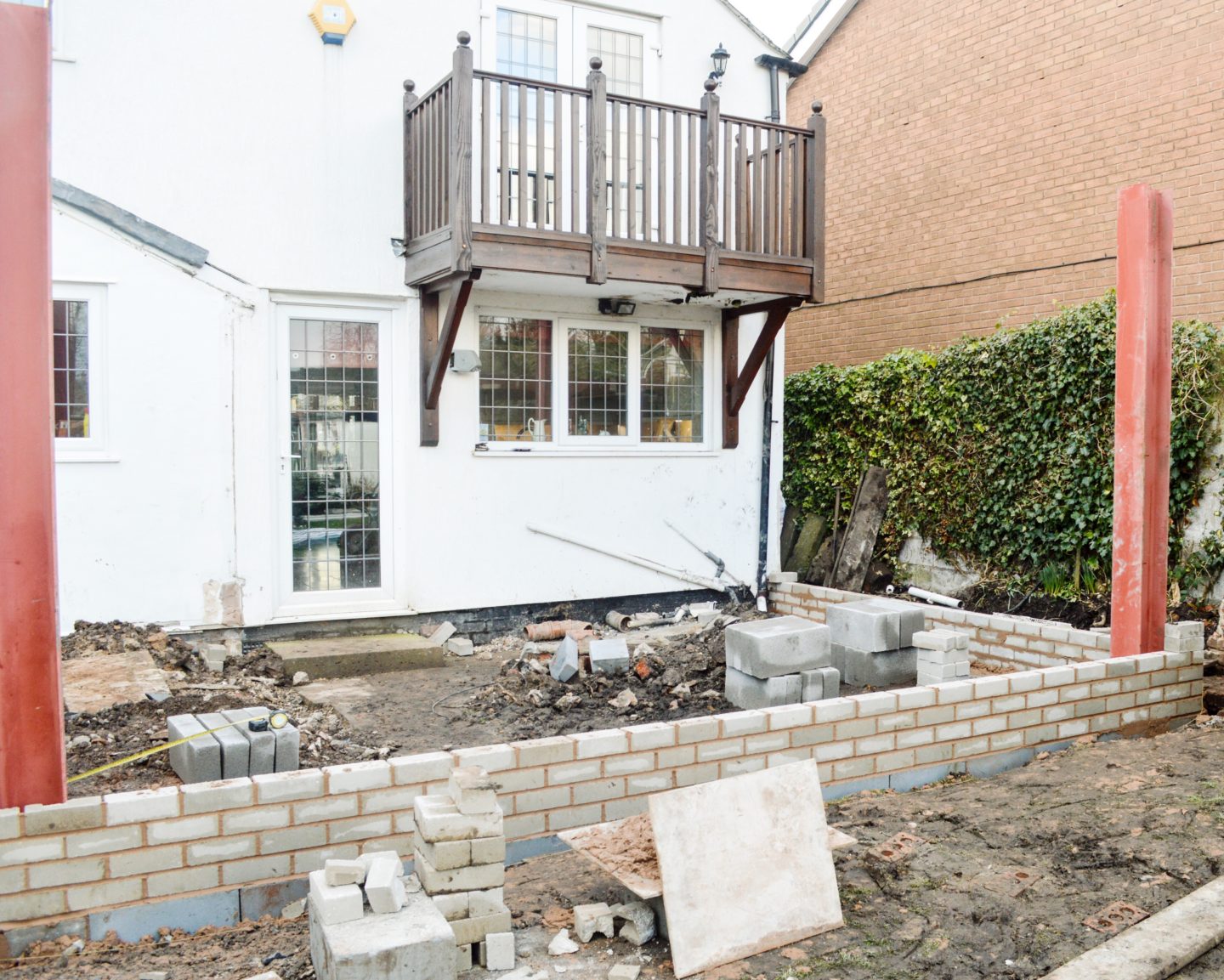 Week 3 brought a floor and bigger walls, making it start to feel like a real space. 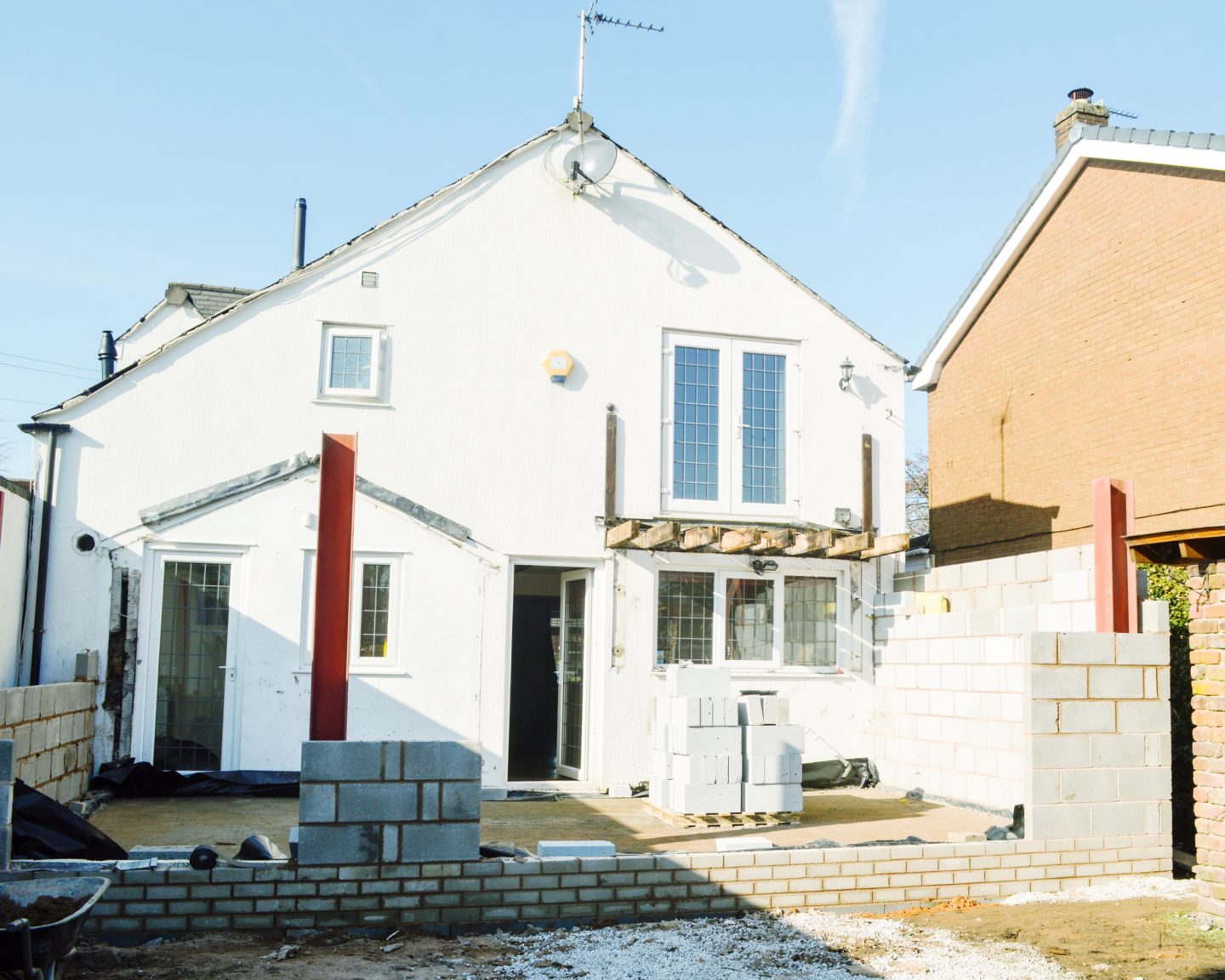 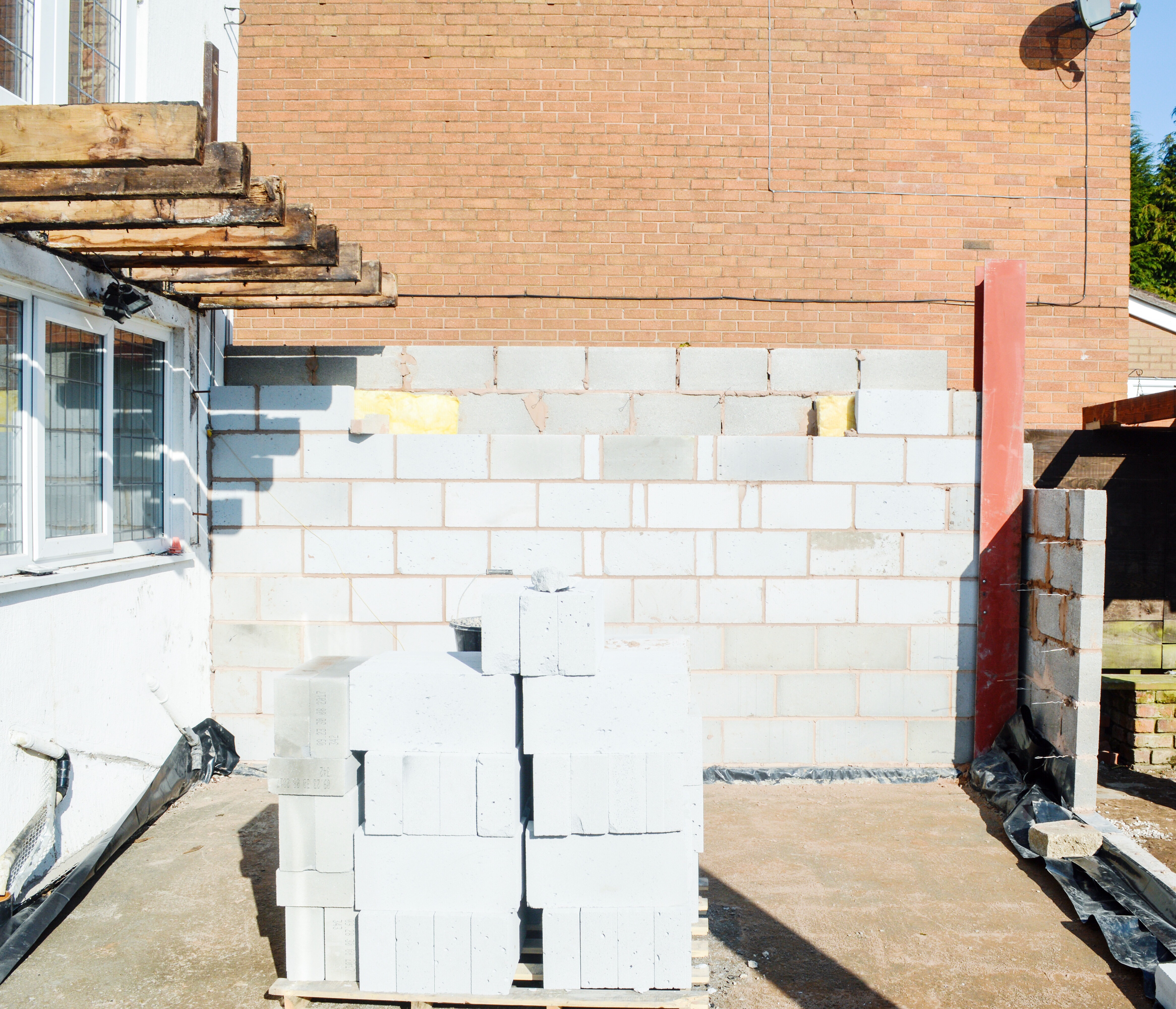 Week 4 brings us up to date and despite the best attempts by the weather to delay things we only lost a day.  In the past week we have gained more walls and a lot more of the steelwork has gone in to support the second layer of the extension. 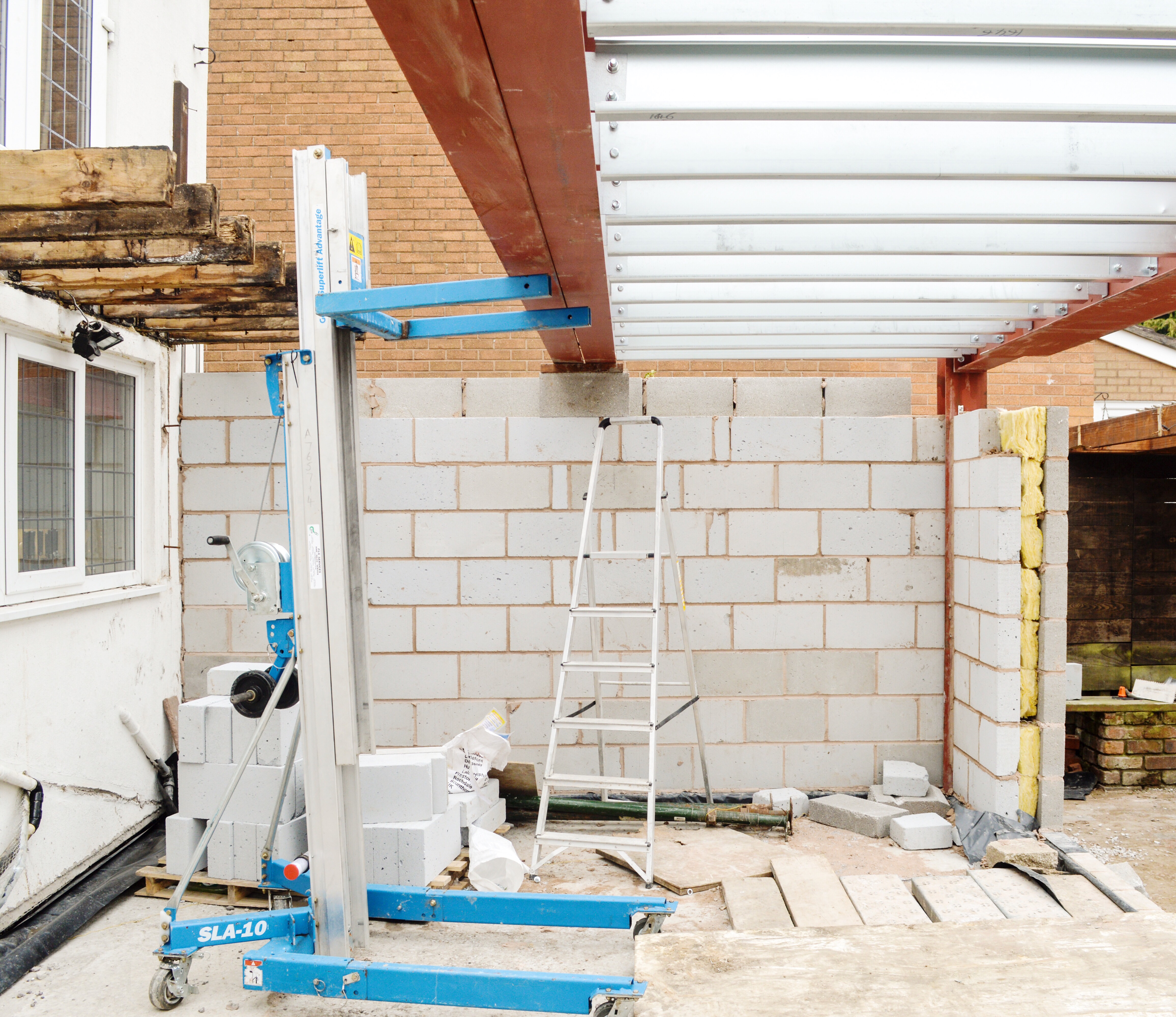 The builders have been fantastic and are working at an impressive rate and whilst there may be a whole heap of mess outside the house (I think our neighbours must hate us) the inside of the house is mostly untouched which makes the day to day living with two little boys a whole lot simpler.

There is mess and only room for one car on the drive but it will all be worth it when we get to summer and are relaxing with a glass of wine, with the doors open watching the kids play.

Pop back in a couple of weeks and I’ll be sharing our designers images of what the finished look will be if your fancy a nosey, plus there’s lot of update on Instagram too including a few behind the scene shots of my stories.