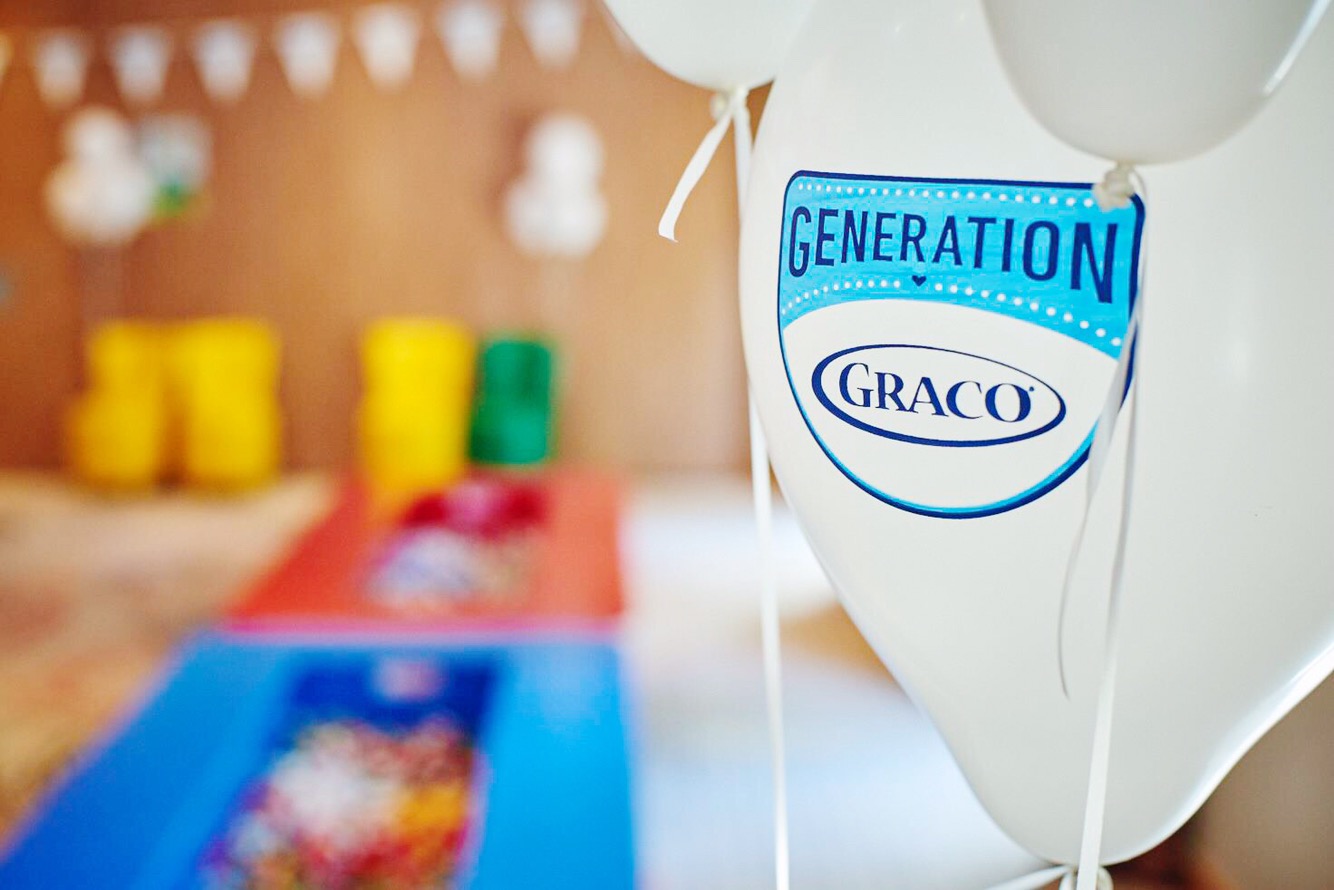 I am very excited, and proud, to be able to let you in on a little secret I have been keeping for the past few weeks.  We have been asked to become members of the Generation Graco panel and last weekend we made the journey down South to meet with the Graco team and the other ambassadors.  Over the next few months we were be trying out some of Graco’s latest products and also sharing with you our thoughts on their brand new Featherweight pushchair which weighs only 3.6 kg!! 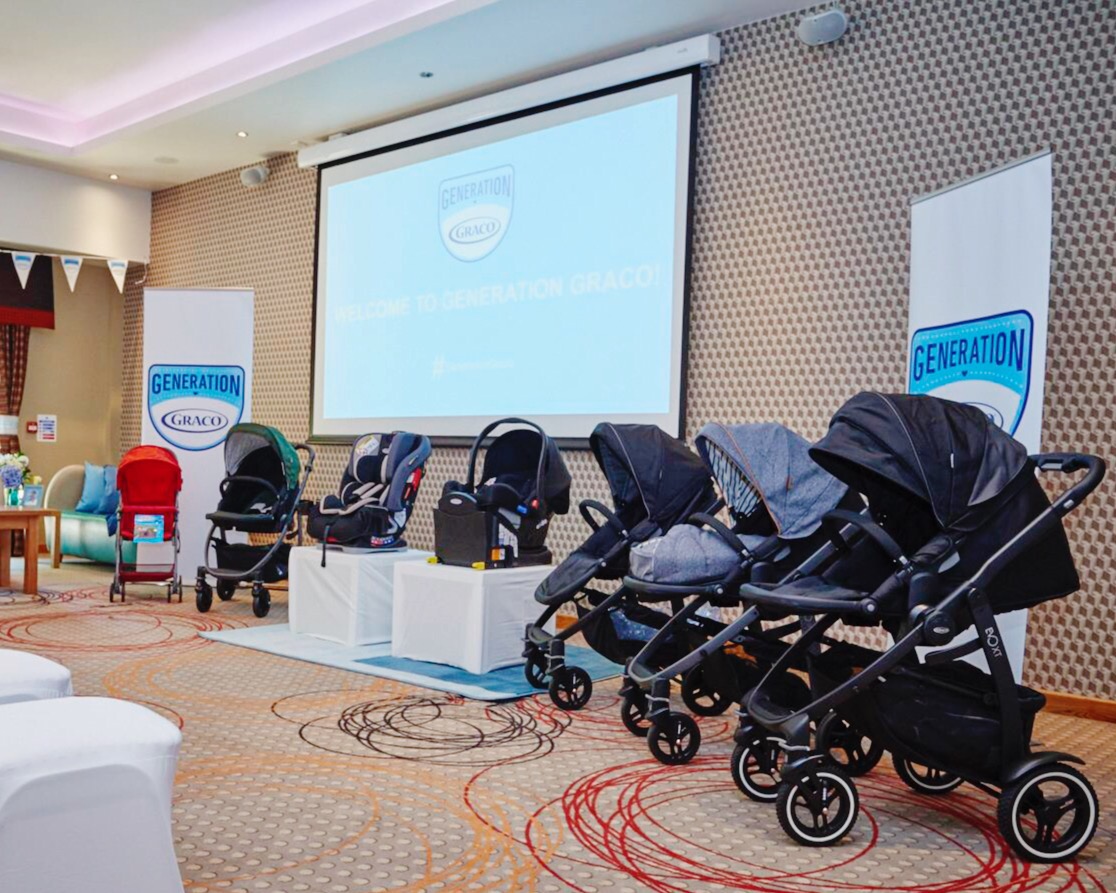 On Saturday the lovely Graco team showed us the products we will be reviewing, as well as giving us the opportunity to have a play around with them and ask any questions that we needed to.  We started by looking at two of their car seats, the first one being the SnugRide i-Size, a rear facing removable car seat that can be used up until  your baby is 18 months.  As a mum to a rather chunky little fella I loved that this could be used with those larger babies as it grows with them.

Secondly we looked at the Milestone All-In-One Car Seat which can be used from birth all the way up to 12 years of age.  The thought of the money that could be saved certainly impressed my husband.

After the car seats came the pushchairs, and I have to admit I’m a sucker for a pushchair.  I have recently been admiring a couple of my friends Graco Evo’s and can’t wait to try out my own. 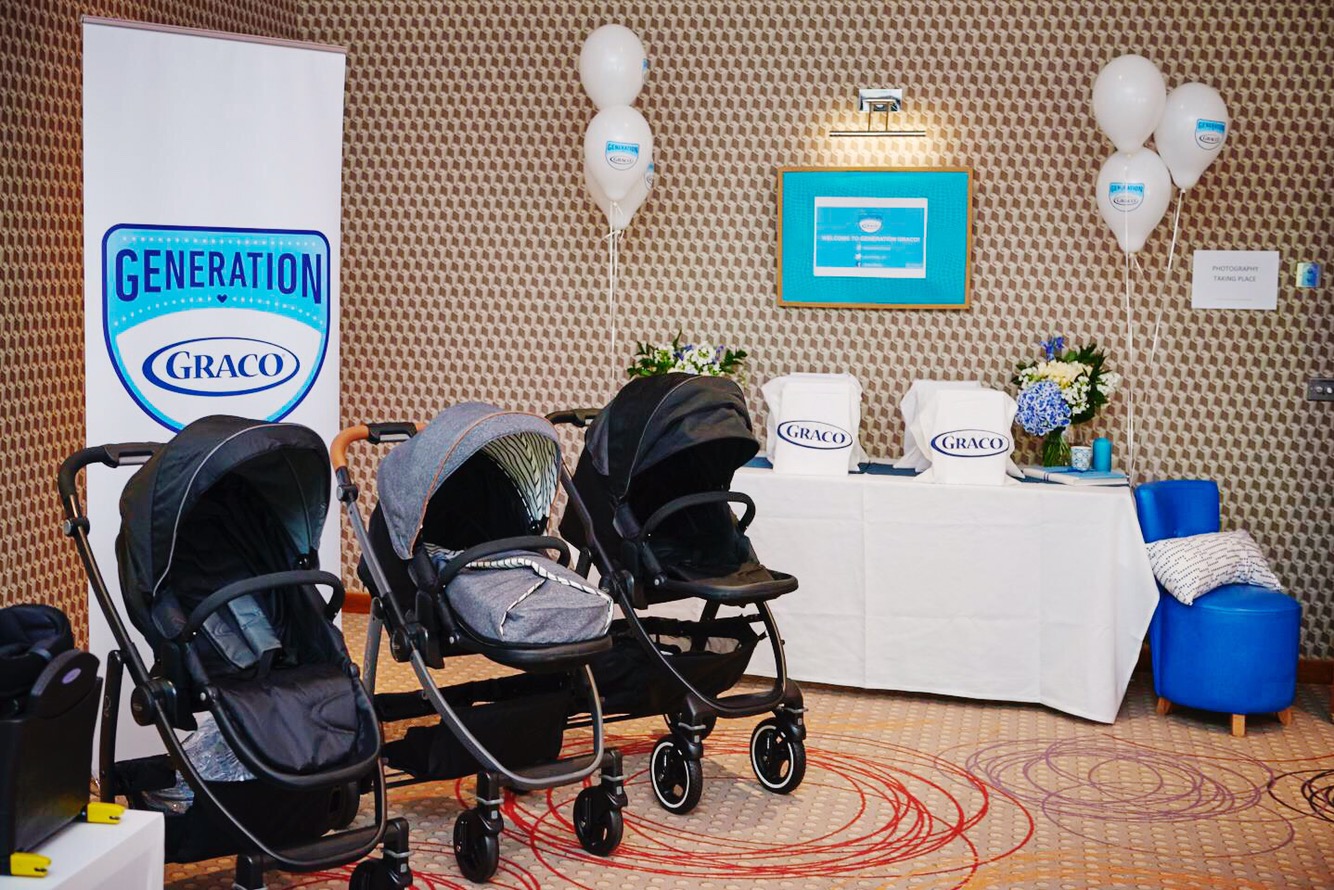 Possibly the most exciting product was their newest pushchair, only being released for sale this month, the Featherweight Stroller, and it really is Featherweight at only 3.6 kilograms.  It was so light my 5 year old son could easily pick it up! 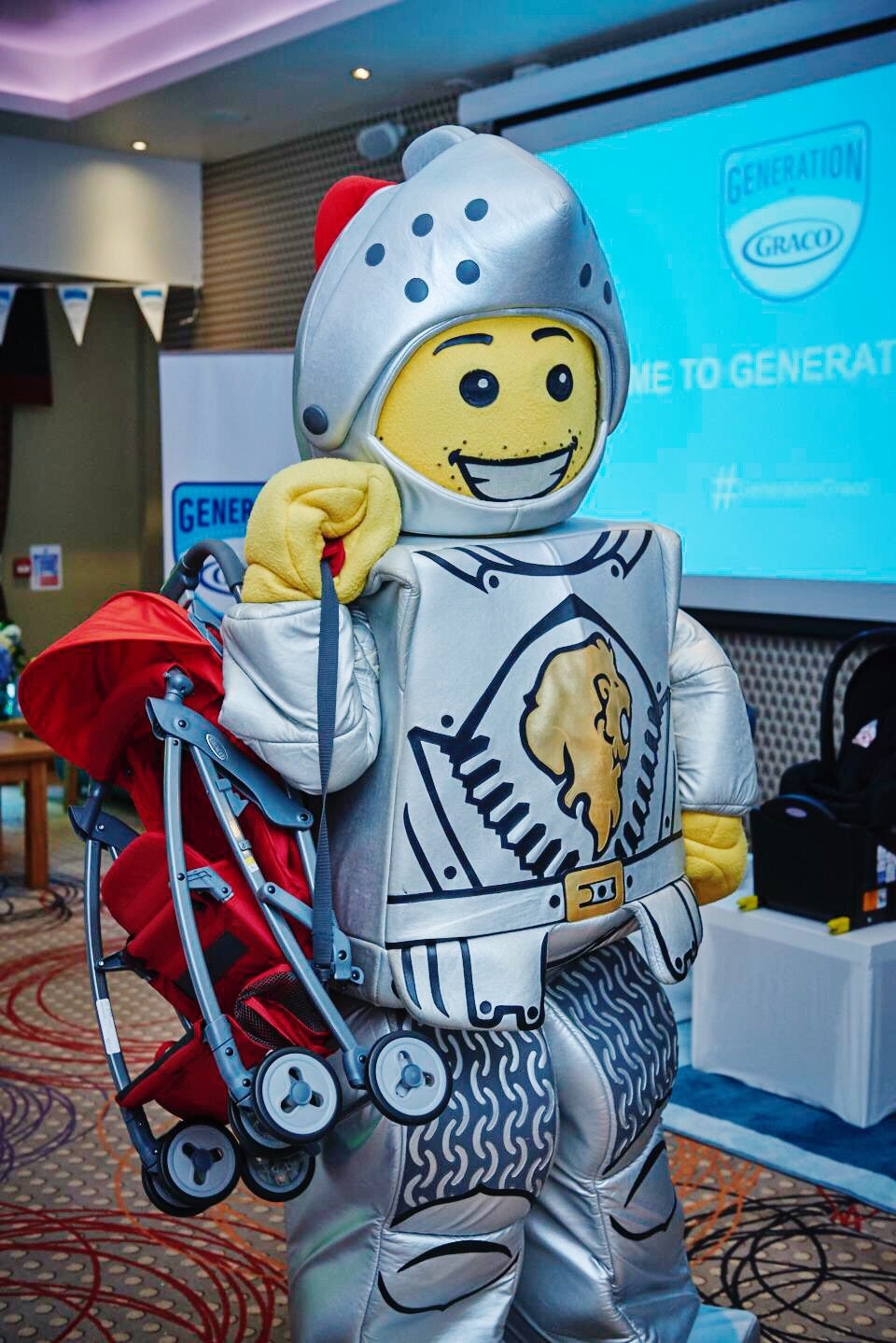 One of the lovely parts of the event was the opportunity to chat with people who are clearly very passionate about their brand, and who knew what parents would be looking for from their products.  I have no need for their double buggy but it could tempt me to try for a third, it is a genius design! 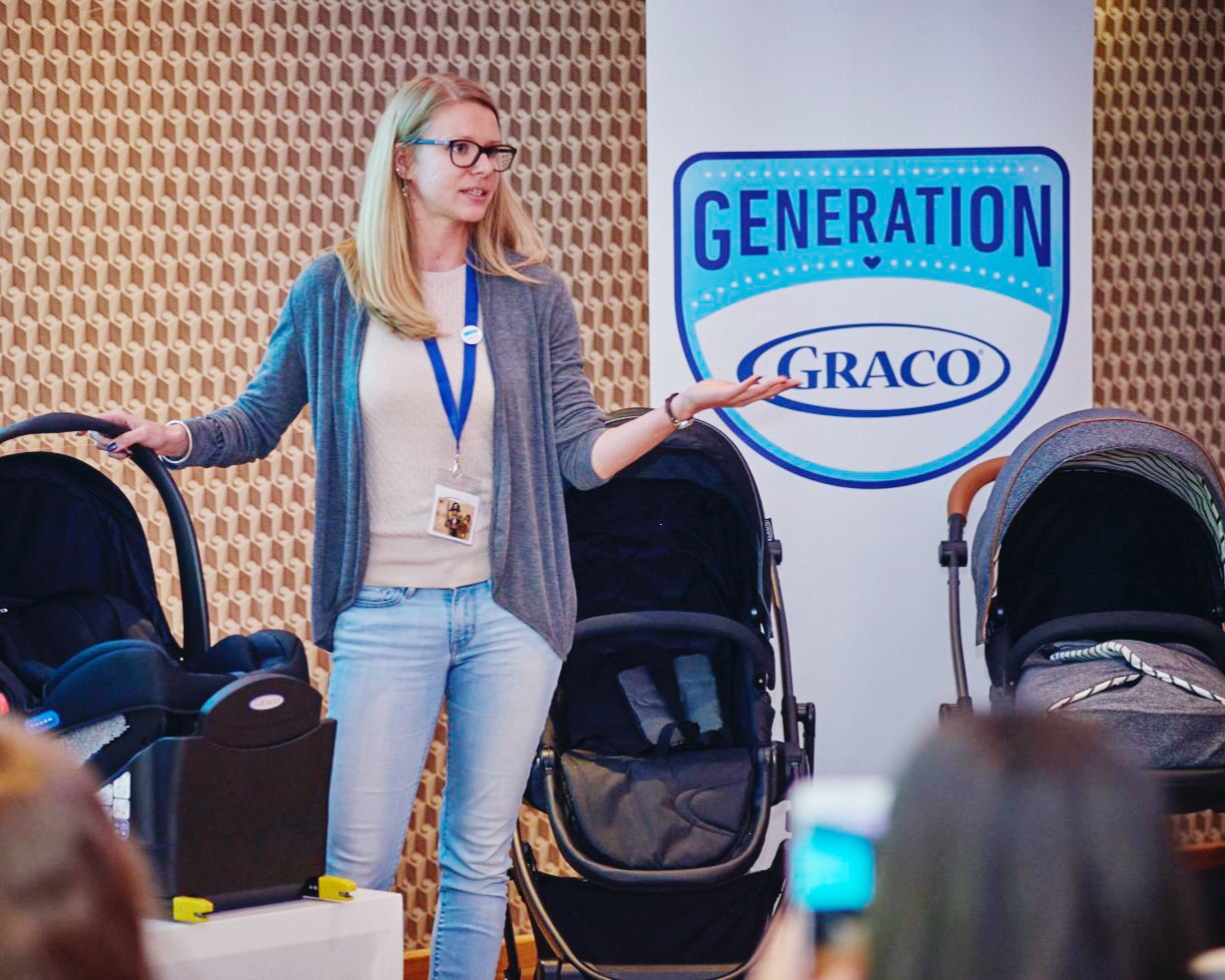 Did I mention where this event was taking place? Only at LEGOLAND Windsor.  My eldest son has been desperate to go since he started getting into Lego about a year ago and after seeing the advert on television he has asked several times if we can go.  I’m sure you can guess how popular I was when I told him we were going.

We arrived at the LEGOLAND hotel and O was in awe of all the lego displays dotted around.  Graco had made it a really family friendly event and my husband, who is notoriously hard to please, commented on how well we were all looked after. 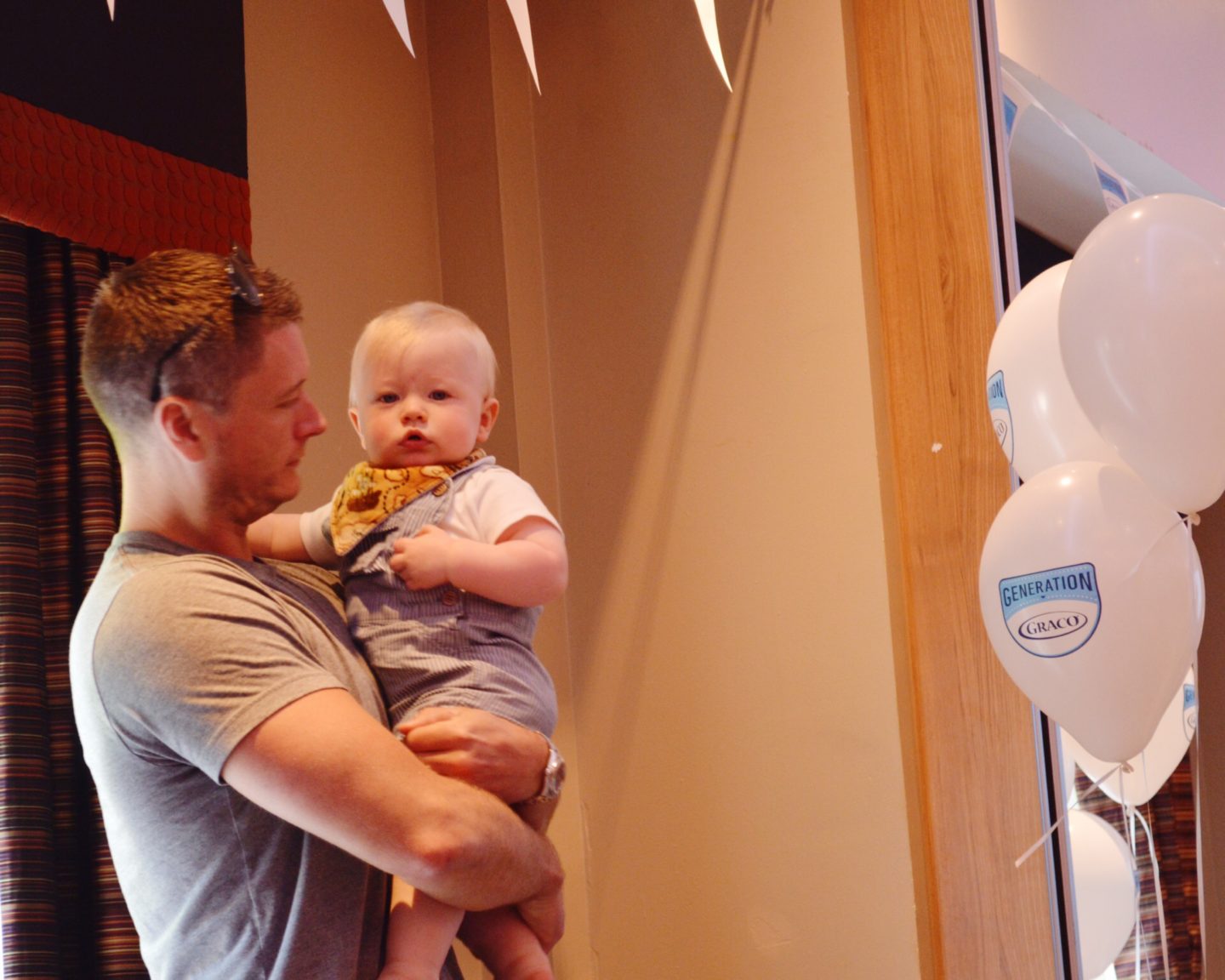 On arrival we were greeted with breakfast and snacks, after being in the car for three hours these were very welcome.  As we went into the main room there was a face painter on hand for the kids and more lego than you could shake a stick at.  O is not a fan of having his face painted, he did it once, never been keen since but he was persuaded to have an arm face paint tattoo, which looked amazing and he absolutely loved.  I wasn’t allowed to wash his arm for two days. 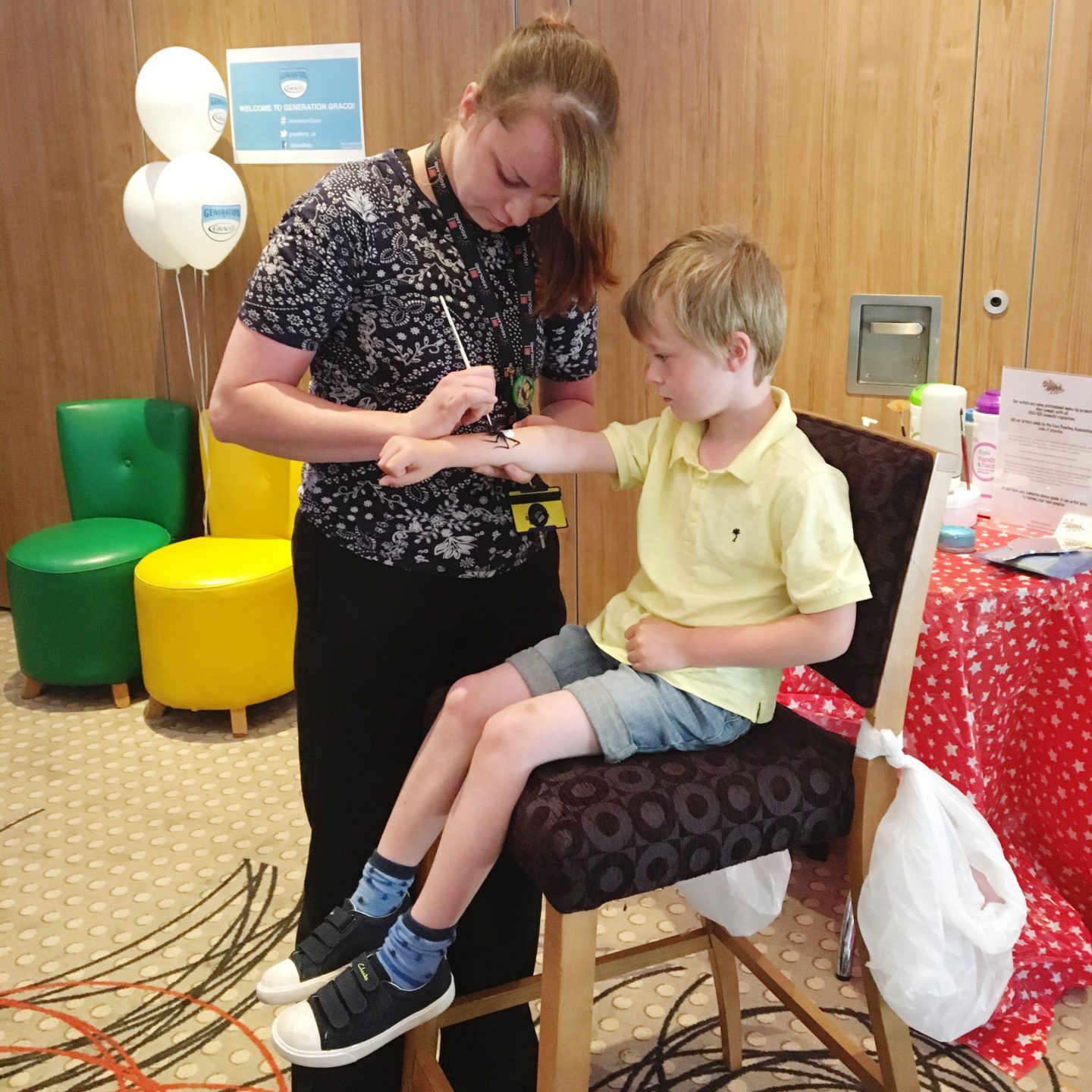 As well as this there was also a little room with Playstations in where my two biggest boys disappeared to, I know what we’re getting O for his birthday and Christmas this year! 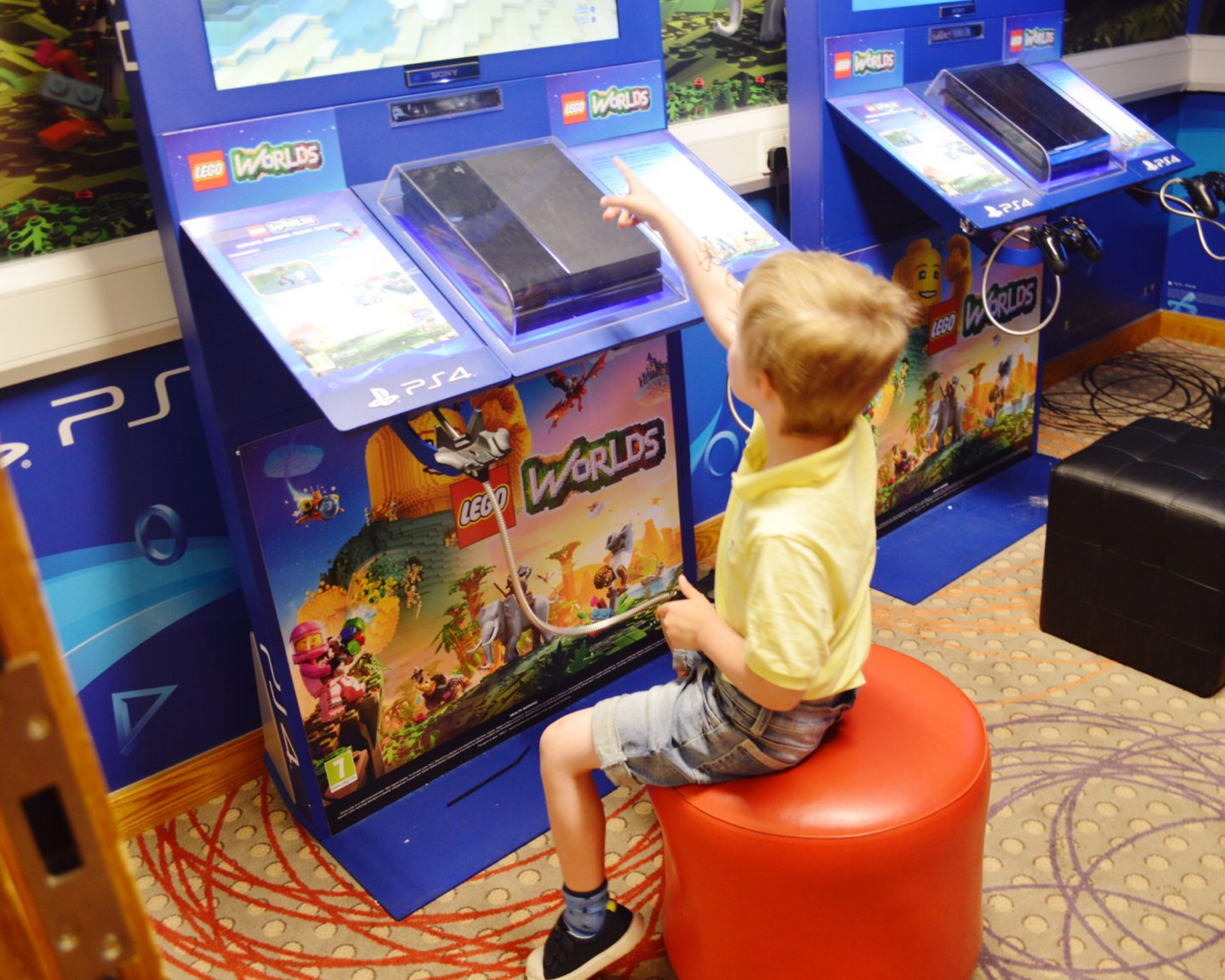 After the event finished we then headed into the park for the remainder of the day.  We couldn’t have been luckier with the weather as it was gorgeous and made standing inline waiting for the rides a lot more enjoyable, especially as the queues were quite long, although you wouldn’t expect anything less on a sunny Saturdday during half term.  O was so excited to go on their new Ninjago ride and even happier when he beat Daddy to get the highest score (he didn’t really, but we don’t need to tell him that, do we?) and I took G for a stroll around mini land, a must see for a visit to Legoland. 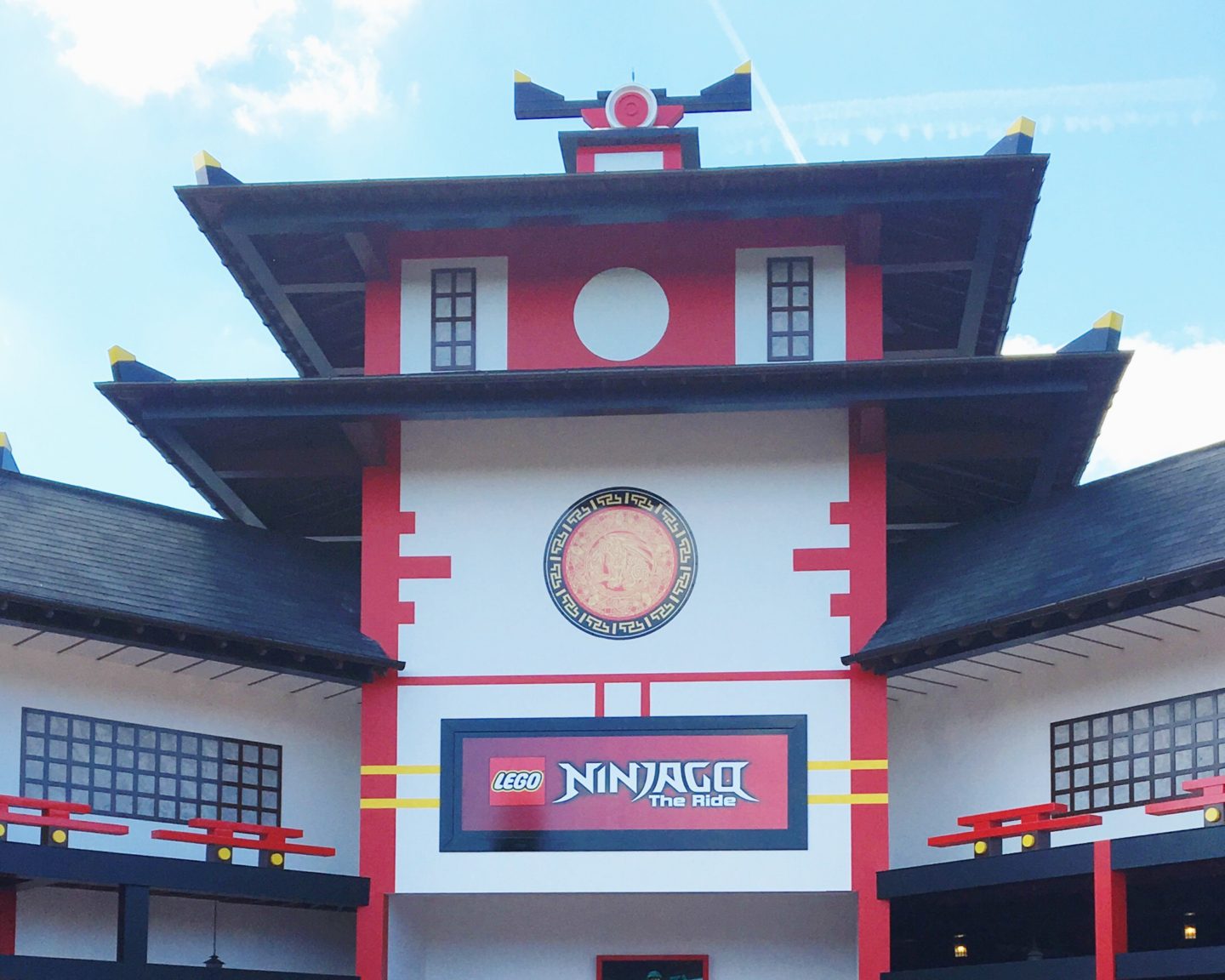 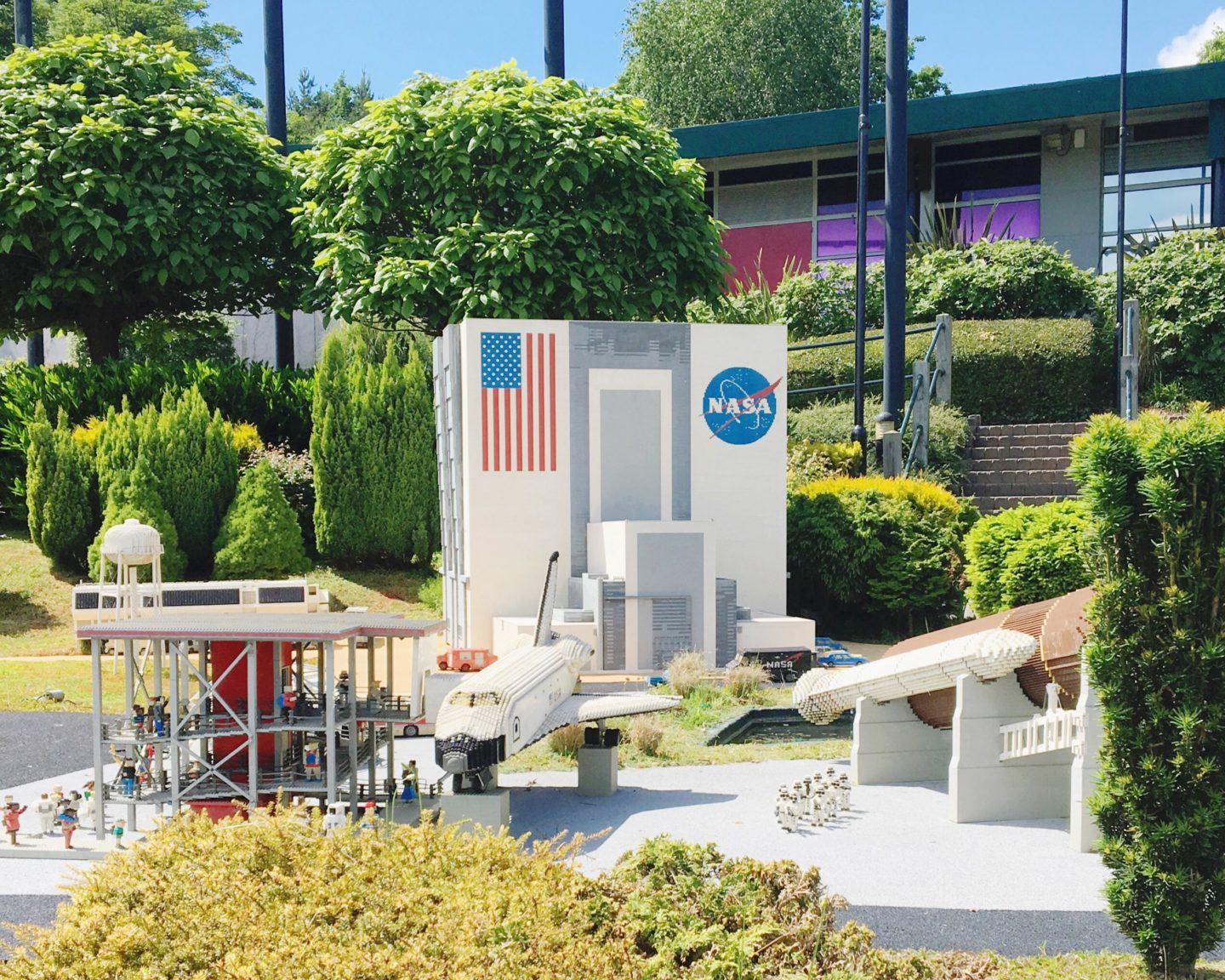 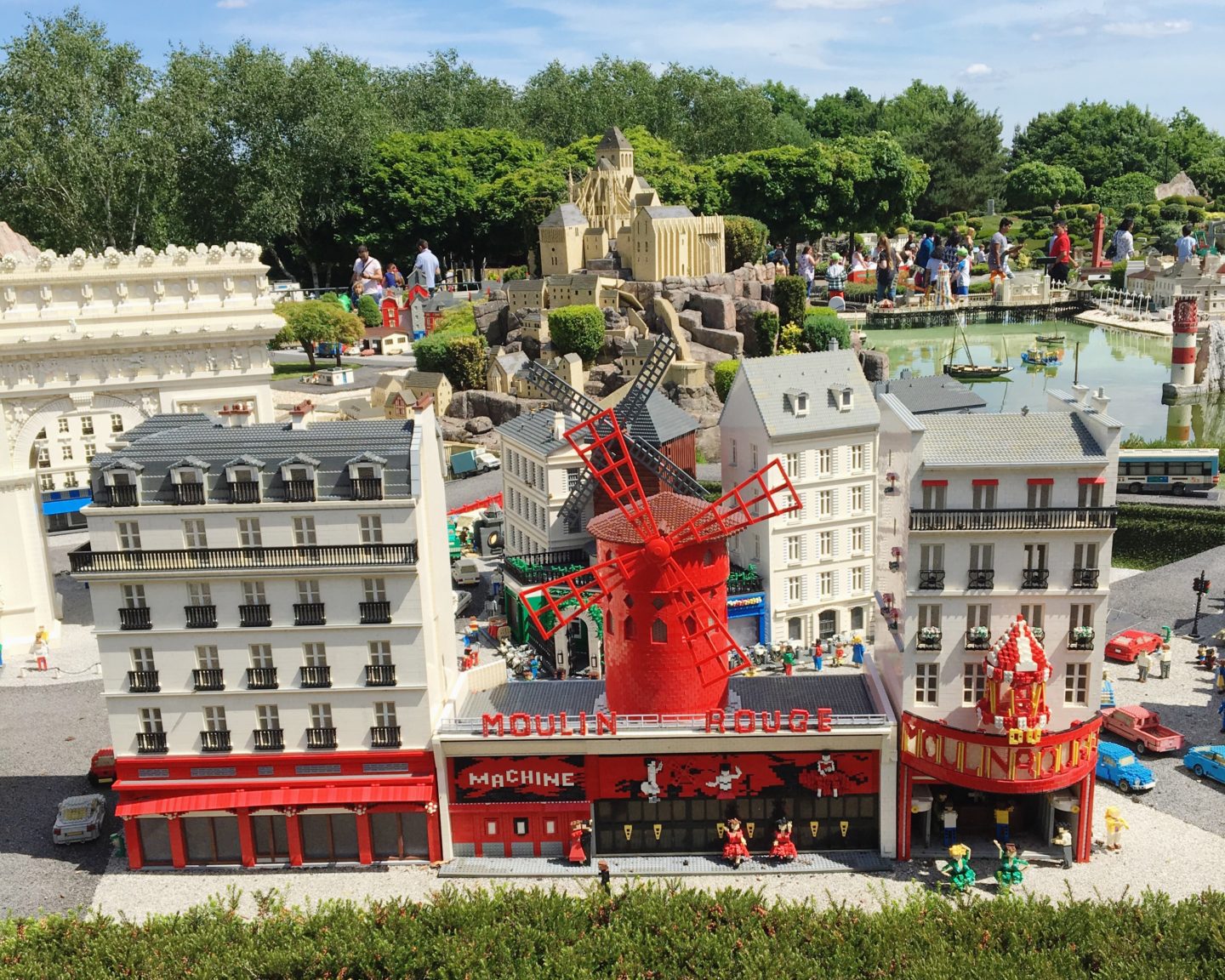 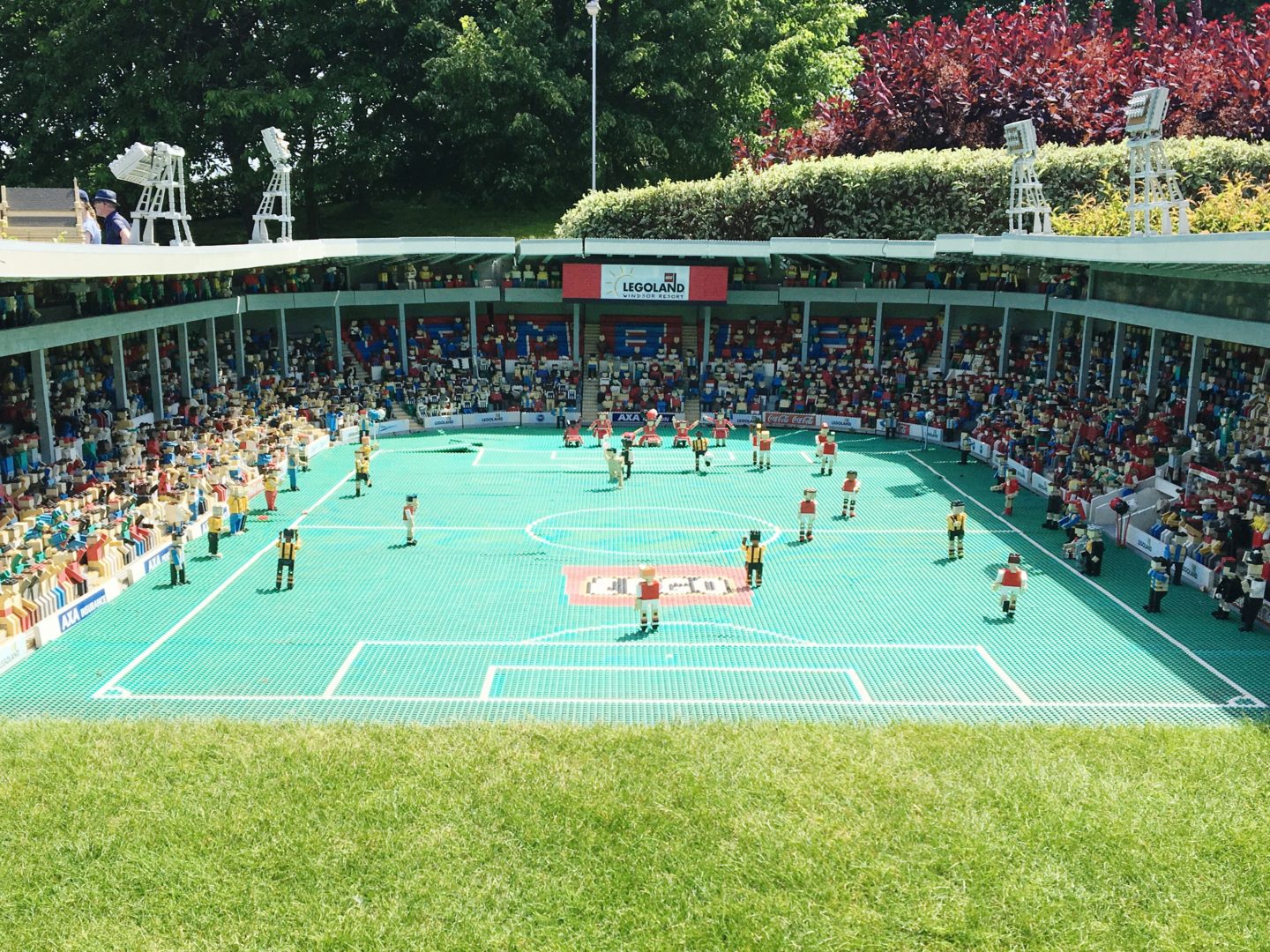 We had the best day on Saturday and what made it that little bit more special was that Graco included the entire family.  Thank you so much Graco, we are honoured to be part of your ambassador team.