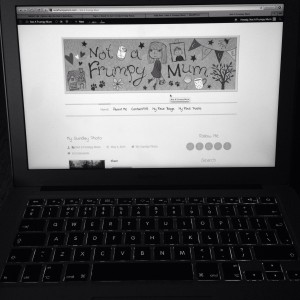 I’m not an organised blogger, I’m not someone who has posts scheduled for the week ahead, I tend to write what pops into my head and it’s only more recently that I have started to leave them in drafts for a day to allow a bit of time for tweaking and hitting the publish button.  I’ve quite liked it that way, but for the past few weeks I’ve lost some of my enthusiasm to sit down and write.

Blogging is a funny old thing, and it is so hard to explain to someone who doesn’t do it.  My husband really can’t get his head round it but he loves that I have a hobby that I enjoy.  However, recently it hasn’t felt like a hobby, it’s starting to feel more like work, with a never-ending to do list of writing, commenting, replying, blog tweaking.

I’m my own worst enemy because I try to do too much.  There are so many lovely linkys running at the moment and I love to join in but then constantly feel like I’m playing catch up to keep on top of the commenting that goes with it (huge apologies to those people I owe a comment to as I know I am way behind now as I write this).  Then the guilt kicks in because I know I haven’t managed to get round to commenting as much as I would like.

The problem is there are only so many hours in the day.  I work four days a week and as we are about to hit exam season most nights I have school work to do which leaves very little time for anything else, and blogging is the one thing that has to be sacrificed.  I won’t compromise the time with my family and it isn’t fair to my students to not complete work for them.

For the past month or so I have found myself rushing posts or writing them to fit in with certain linkys and I think I have lost sight of why I started this blog in the first place.  I didn’t sign up to WordPress for stats or page views, I started because I wanted to write.  And so I think it’s time to take a step back.

I won’t be joining in with as many linkys, I probably won’t be posting all that regularly (although I do have a few reviews to write up) but I will when an idea pops into my head and when it is something I can be proud of. I’ll be taking time to get round and read my favourite blogs and discover some new ones.  I’ll still be over on Instagram as blogging has made me fall in love with photography in a way I never thought possible.

Blogging has given me so much, and made me so many lovely new friends but it does take a lot of time and at the moment that is a very precious commodity and there isn’t too much of it going spare.  I’m hoping that by backing off for a while I’ll feel more inspired and it will become a much loved hobby once again rather than another job to do at the end of an already too long day.