I met my husband six weeks after my sixteenth birthday.  On Christmas Eve we will be celebrating twenty one years since our first meeting outside our local pub.  For over fifteen years it was just the two of us, and more date nights than I could even begin to count.

During my pregnancy with O I was adamant that a baby wouldn’t stop us having some couple time (I know, I know, another one of those things that you think before actually having a baby).  As it turns out when he arrived I wasn’t so keen on being separated from my baby boy, and there weren’t too many times when it was just the two of us.  In some ways it was easier to simply take him with us, our little gang of three.

As O got older his grandparents began to ask if he could have a sleepover with them, something he absolutely loves.  Date nights started to become a regular thing again, we began to take for granted being able to have some couple time whenever we wanted.  We even managed a three day mini cruise last October, just the two of us.

And then G came along, and in the first crazy few weeks with a newborn the idea of heading out on a date is the furthest thing from your mind.  Getting through the day remembering to eat is a big achievement.  Your tiny bundle needs you so much and G was a clingy newborn.  He spent the first few weeks of his life almost permanently attached to me.

It’s always hard to pinpoint exactly when it happens but it gradually starts to get easier.  The baby will play more on their mat, will sit in the swing without screaming to be picked up and you find some time to slap a bit of make up on.

It’s quite hard getting used to being a Mummy of two, there isn’t much me-time or time to be a couple.  My husbands work has been really busy lately meaning that by the time he does get home he’s tired, and I’m tired from looking after the boys.  Whilst I think we’re adapting quite well to our new foursome, there’s not much romance around.  A date night was very much needed.

Of course, any thought of being spontaneous with these things is ridiculous, the meal out was booked in with the grandparents over three weeks ago.  We chose a lovely restaurant only ten minutes away, and knowing that we were guaranteed an early wake up call from O the next morning we booked it for 6:30pm.

My father in law drove us in so that we could both enjoy a drink.  We ate gorgeous food.  We talked, and surprisingly not too much about the boys.  We drank cocktails (maybe one too many for me!).  And we were home for 9pm.

It wasn’t a wild night, we didn’t exactly paint the town red but it was just what we needed.  I had a reason to dress up and not be in my PJ’s my 7pm.  We had time to chat about something other than what was for dinner and who was going to pop to the supermarket.

I adore my little family of four, I love it when we are all together.  But it is nice to sometimes, for a few hours, to just be a couple again. 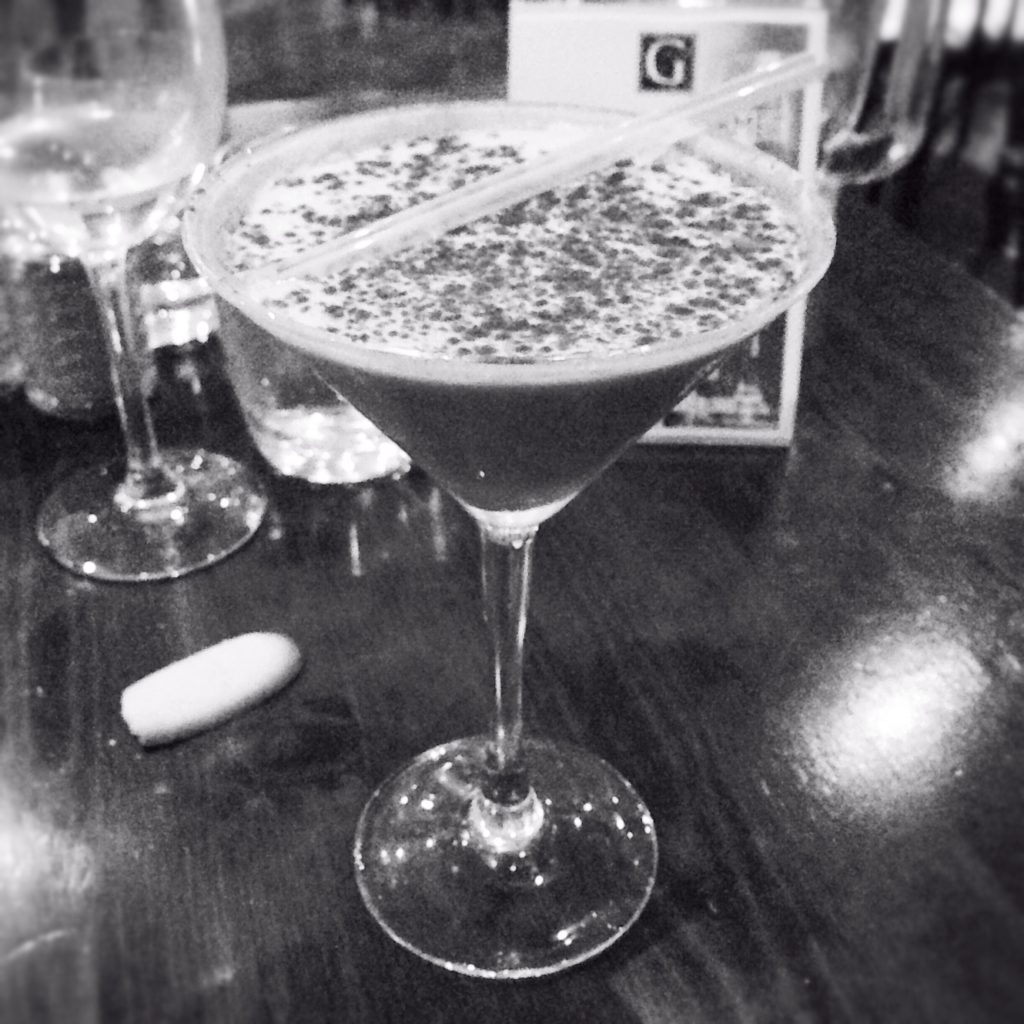