I’m obviously not used to taking part in the Siblings Project yet as I suddenly realised yesterday that it was the 14th of the month and the only photo I had of my boys together involved one dressed as a mouse and the other one crying.

My big boy had his nursery graduation party last night and as he insisted on getting ready two hours early because he was so excited we had a bit of time to take a few photos.

Trying to get a photo where they are both still is almost impossible and there are many out takes with blurry arms and one that has sneaked in. Ignoring O’s clap it hands I love that G is grabbing his shirt. 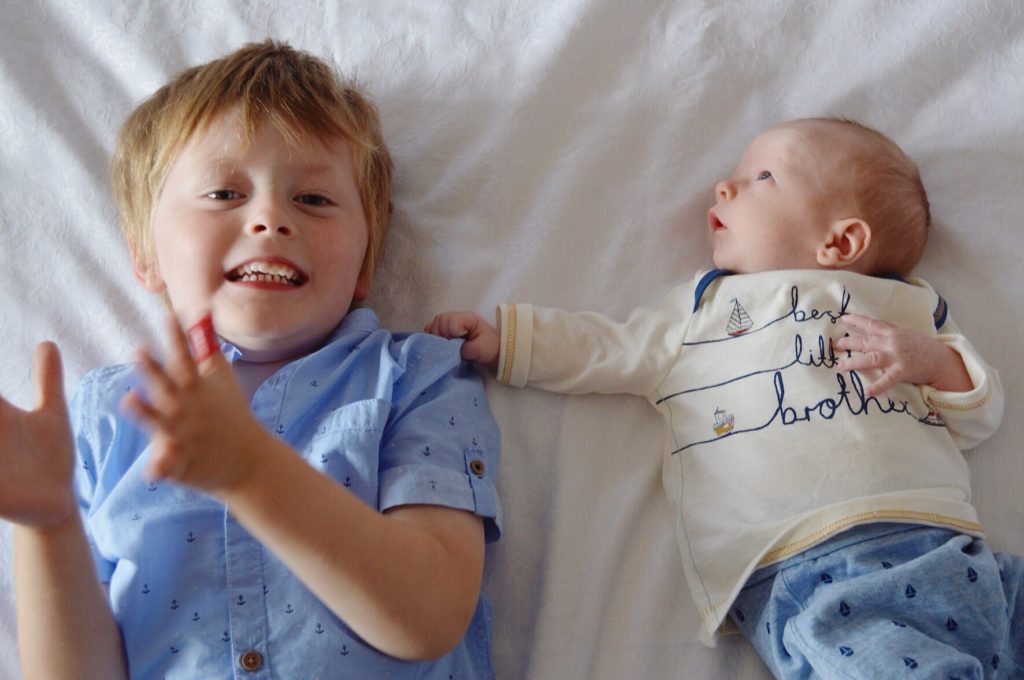 G is starting to be awake more now during the day and his big brother loves to bring him teddies and toys. I did have to explain that it would be a while before he would be up to a jigsaw puzzle but O continues to bring them.

G has recently started smiling and we all love seeing those toothless grins, especially O.  He’s now starting to realise that he won’t always just sleep and can start to see a potential playmate. 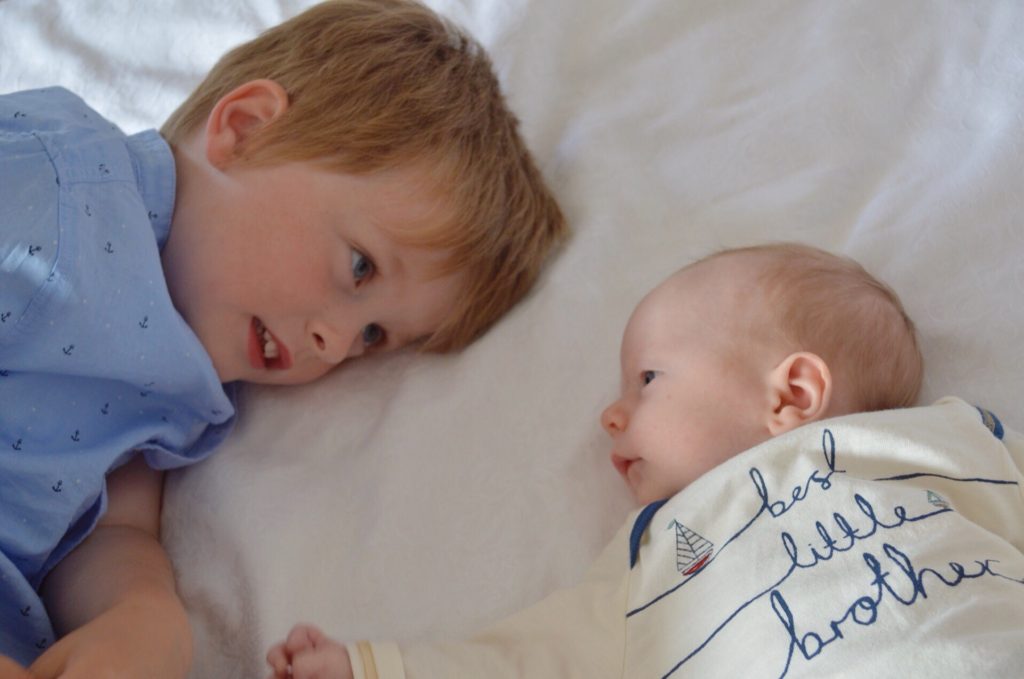 O considers himself a bit of a baby expert and when he cries he has a little bit of advice to offer. Usually it’s to inform me that he thinks he must be hungry, or if someone else is holding him he’ll tell them that he wants his Mummy. It’s very cute to watch. 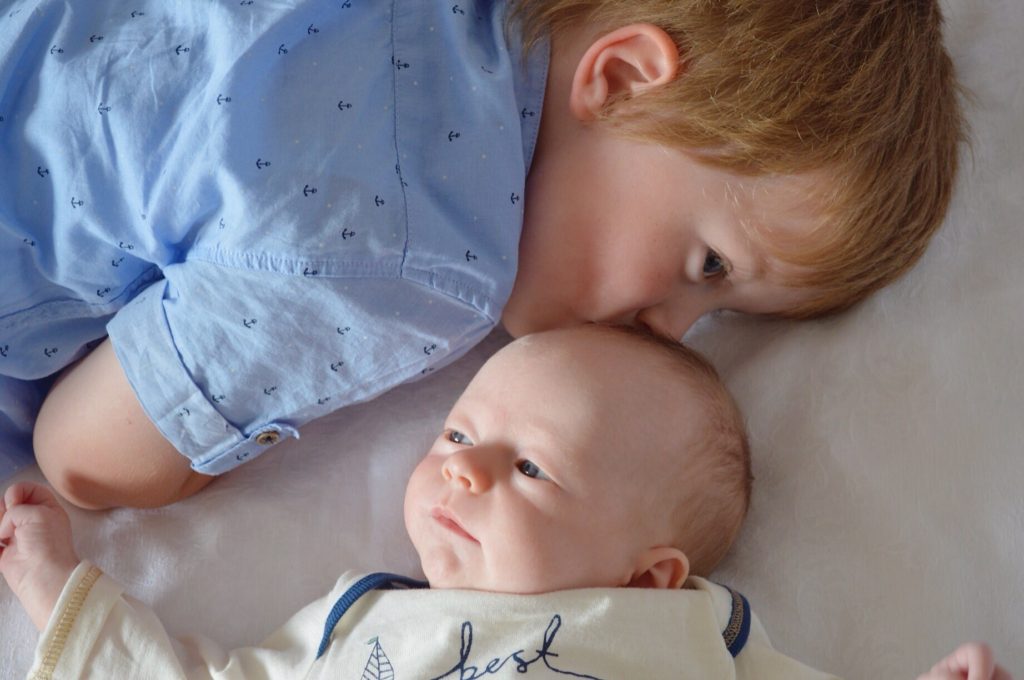 This is one of my favourites, O was pointing at something on the cloth but it came out as if he was telling G off, or letting him know who’s the boss! 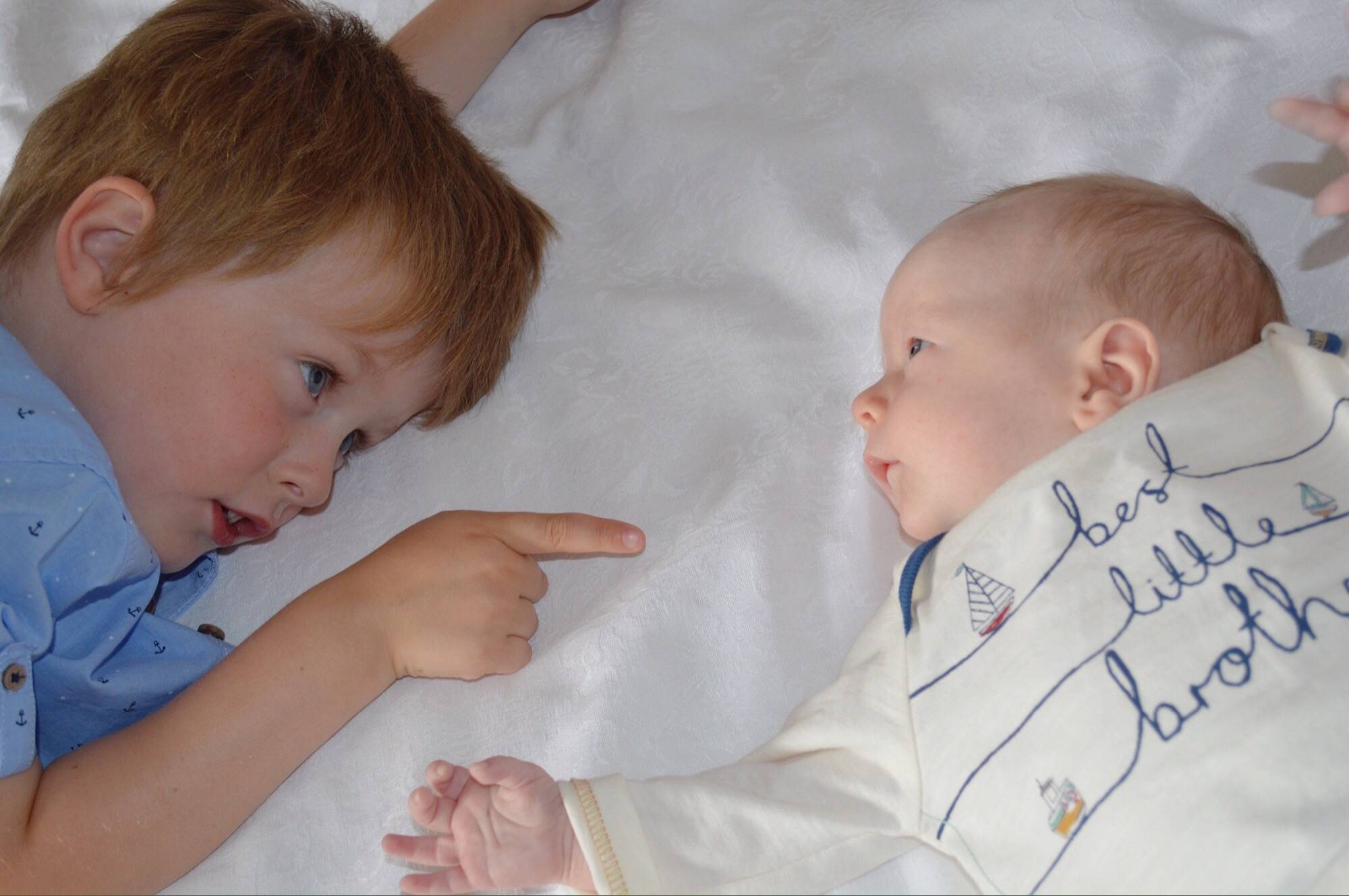 O is so proud of his little brother and tells everyone at nursery and pre school all about him. I feel very blessed that he has the opportunity to be the amazing big brother that I always thought he would be.