The Go Jetters wasn’t really a programme I was aware of.  It wasn’t something we watched at home but it turns out that it was a programme that O watched at Nana’s with his cousin, and they were both huge fans.  It was the one show that they wouldn’t bicker over and would both sit down calmly to watch, and sing along with the theme tune to.

When we were offered the chance to review a few of the items from the Go Jetters toy range I knew that it was something that O would love.  We were sent the Ubercorn, Lars Figure Pack and O’s absolute favourite the Jet Pad Headquarters. 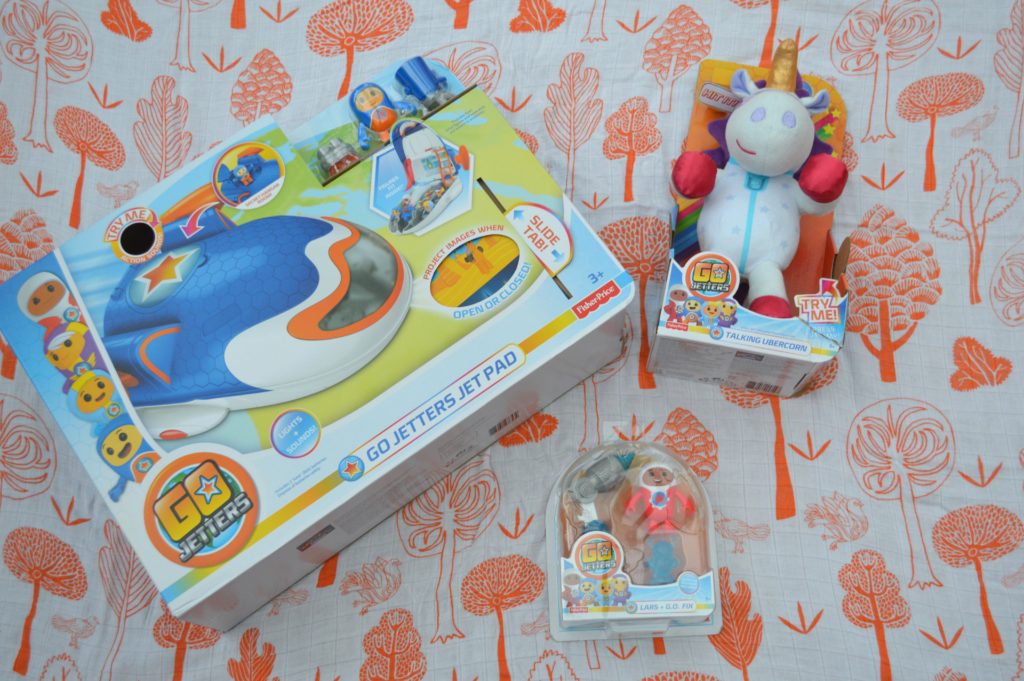 Usually O isn’t a huge fan of “big” toys.  He likes the idea of them but is much happier with smaller items that he can carry around with him.  However the Jet Pad Headquarters completely won him over.  He loved that there were smaller pieces he could play with and it’s size meant that it could be moved from room to room quite easily.  The Jet Pad is packed with features which means it isn’t something that O would get bored with.  He loves the light projector and the stairs and slide which he interchanges constantly, and he is a big fan of the hidden room which he can use to store the additional pieces. 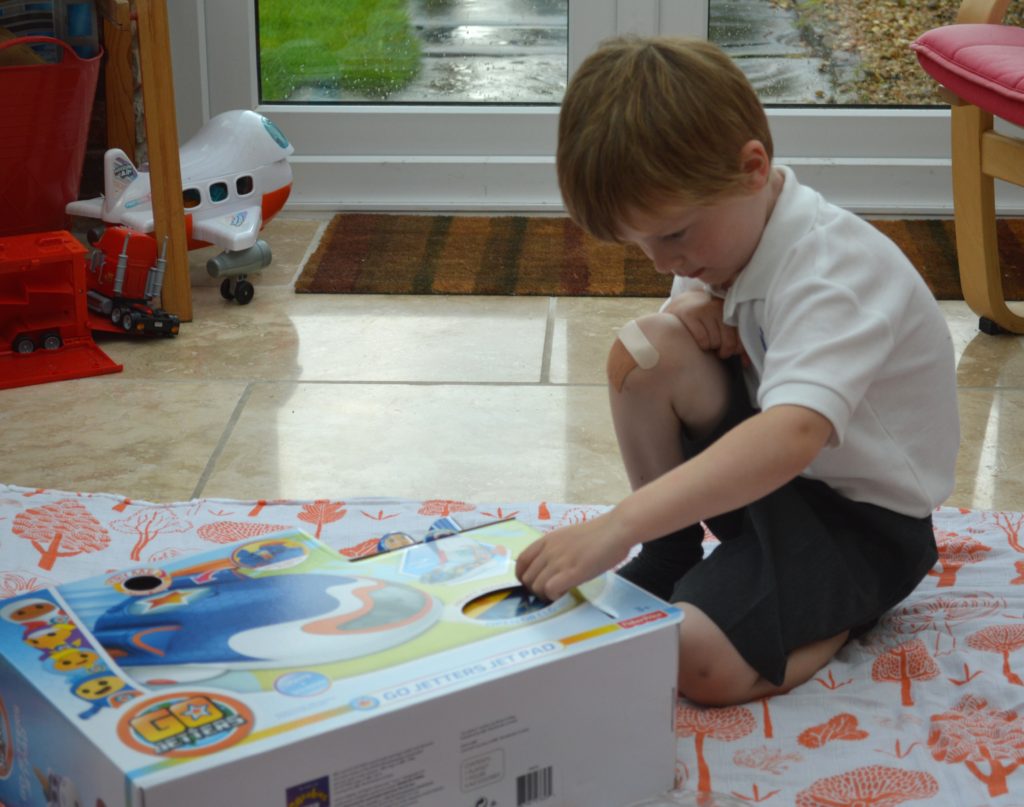 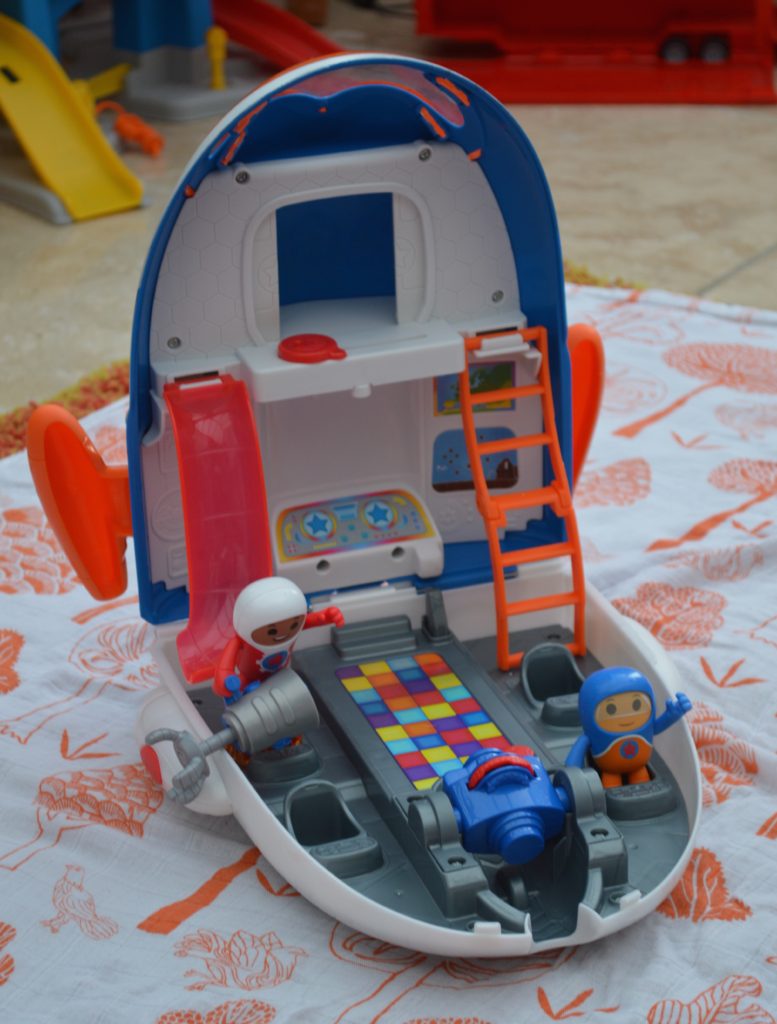 From a mums point of view I love that all the pieces can be stored inside the Jet Pad and it can be closed meaning a tidy room at the end of the day, and less likely that I will end up standing on one of the pieces.

We were also sent the Go Jetters Click On Figure Pack of Lars and G.O. Fix.  One feature of the Jet Pad is that all additional figures bought can still fit inside it so they could be played with together.  O really enjoyed playing with this separately and then adding it to the figure that came with the Headquarters.  We also found that we could store the Jet Pack with this set in the Jet Pad Headquarters which was a bonus for me. 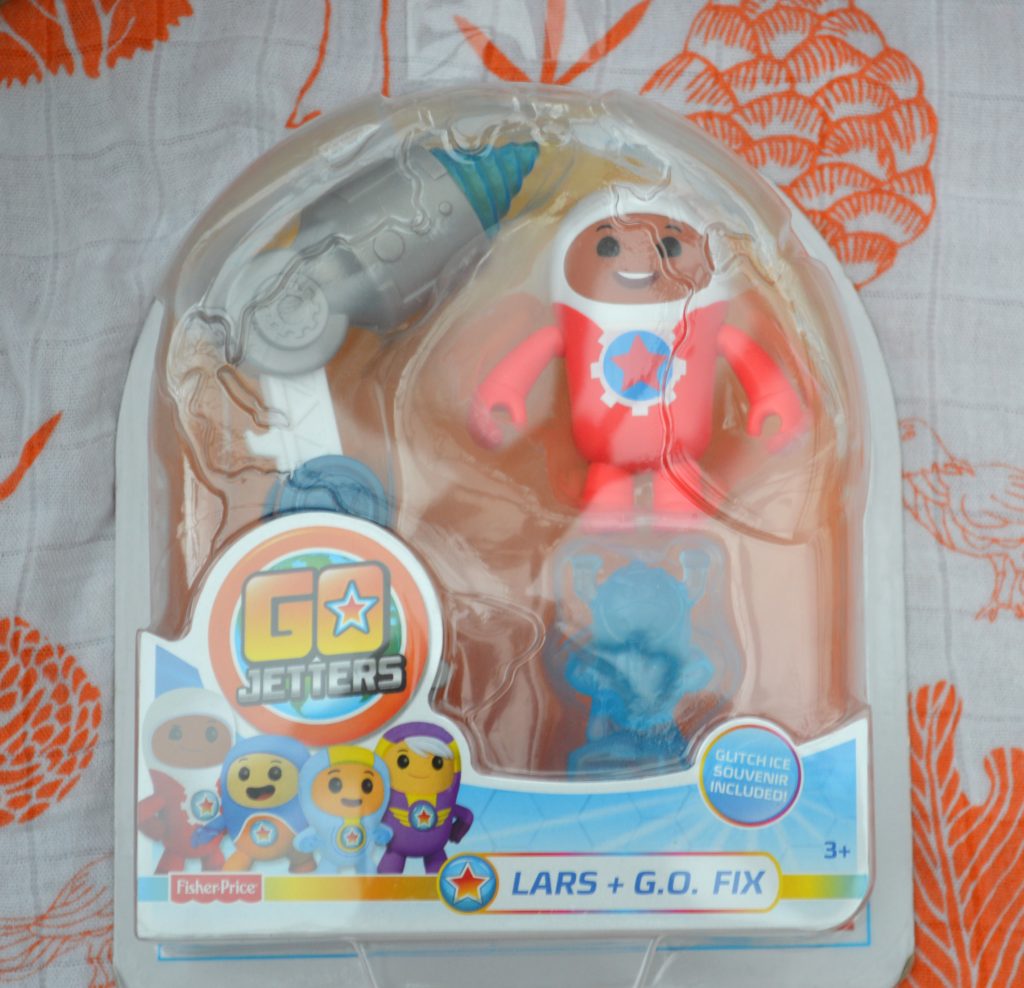 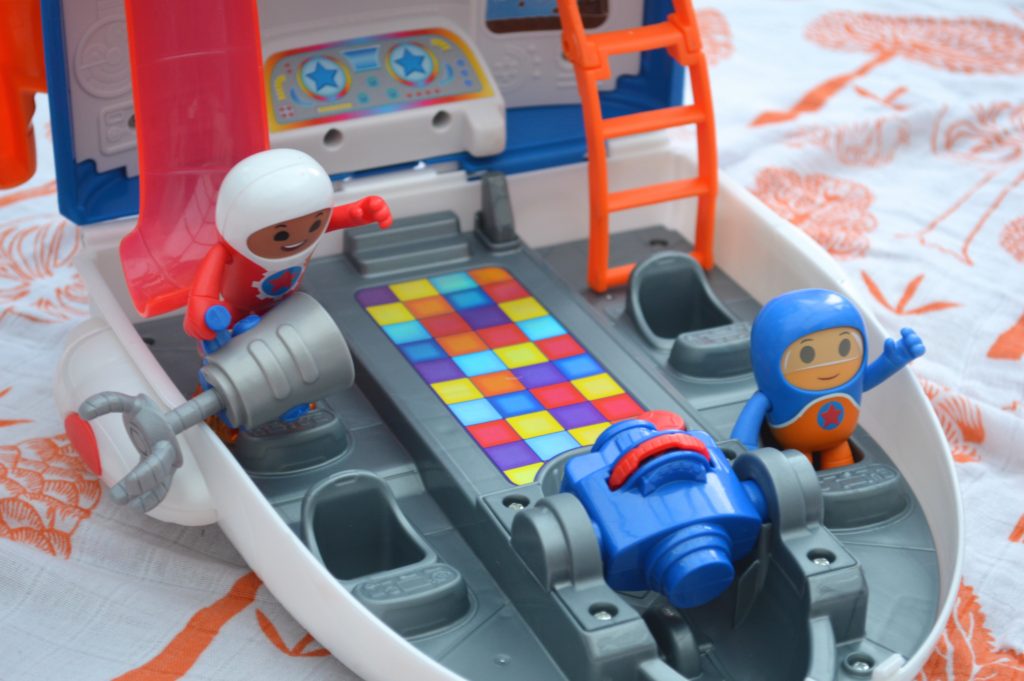 The final item we were sent was the Go Jetters Ubercorn.  As O has got older he has become more of a fan of soft toys and he did really like this.  He happily sat with it squeezing the belly to make it speak and carrying it round with him.  However, the novelty wore off after a couple of days and it isn’t something he has played too much with. He has preferred the other Go Jettets toys as there are more possibilities for him to create his own games with them. I think the Ubercorn would be better suited for a slightly younger child. 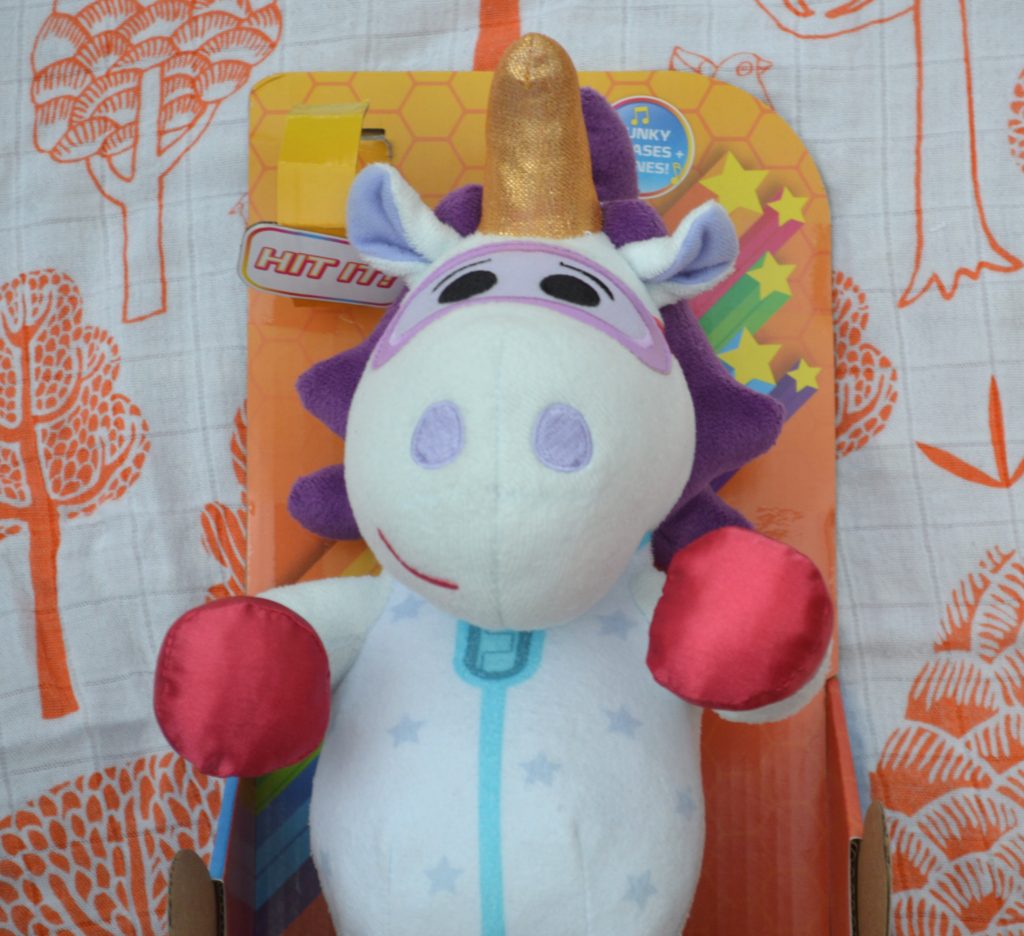 O has had great fun playing with his new toys and I think the Headquarters and figures will be some of his favourites for the future.

Disclosure: We were sent the above Go Jetters toys for the purpose of this review but all thoughts and opinions are my own.