I have to admit in the past I have not been the biggest fan of character clothing.  In my head I had the image of huge prints that looked like they had been stuck on poor quality t-shirts.  My mum laughed at me when I insisted O would never be wearing character clothes.  Obviously she realised I was saying one of those daft things people say before they actually have kids because the reality is children actually really like wearing their favourite cartoon characters on their clothes.  O was on cloud nine for about a week when I bought him a pair of Paw Patrol pyjamas.

When Character clothing got in contact a few weeks before we were due to fly to Disneyland Paris the timing could not have been more perfect.  As a first time Disneylander (I’m not sure if this is a word, but it really should be) I was so excited and ready to embrace the whole Disney experience and that meant bringing a little Mickey into our wardrobes.  I had already bought a couple of tops for the boys with Mickey Mouse on so when I was asked if I would like to review a few items I opted for PJ’s for both boys and some Minnie PJ’s for me.

I was really impressed with the choice on the Character website, almost every cartoon character you can think of is on there somewhere, and at such reasonable prices.  Although I was focusing on Mickey I couldn’t help thinking O would love that about so many other items.  I opted for some Snuggle Fit PJ’s for O and some loser fitting ones for G.  The PJ’s for G were 12-18 months old (as that was the first size they did) and although a little big I think he pulled them off very well. 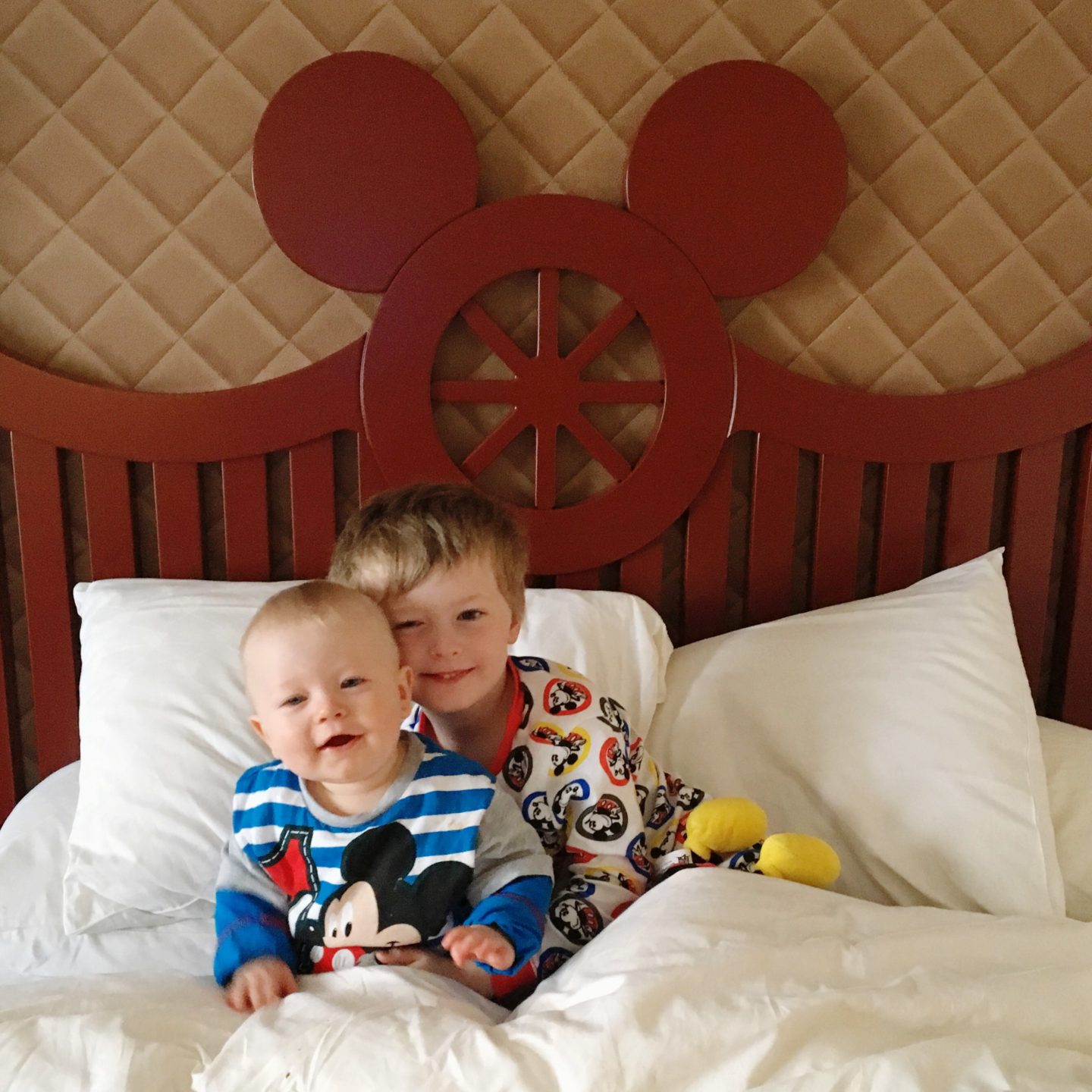 I showed them to O the day before we flew and he loved them and it only added to his excitement for the trip.  I loved that both pairs were 100% cotton and several washes later they still look great and are lovely and soft. 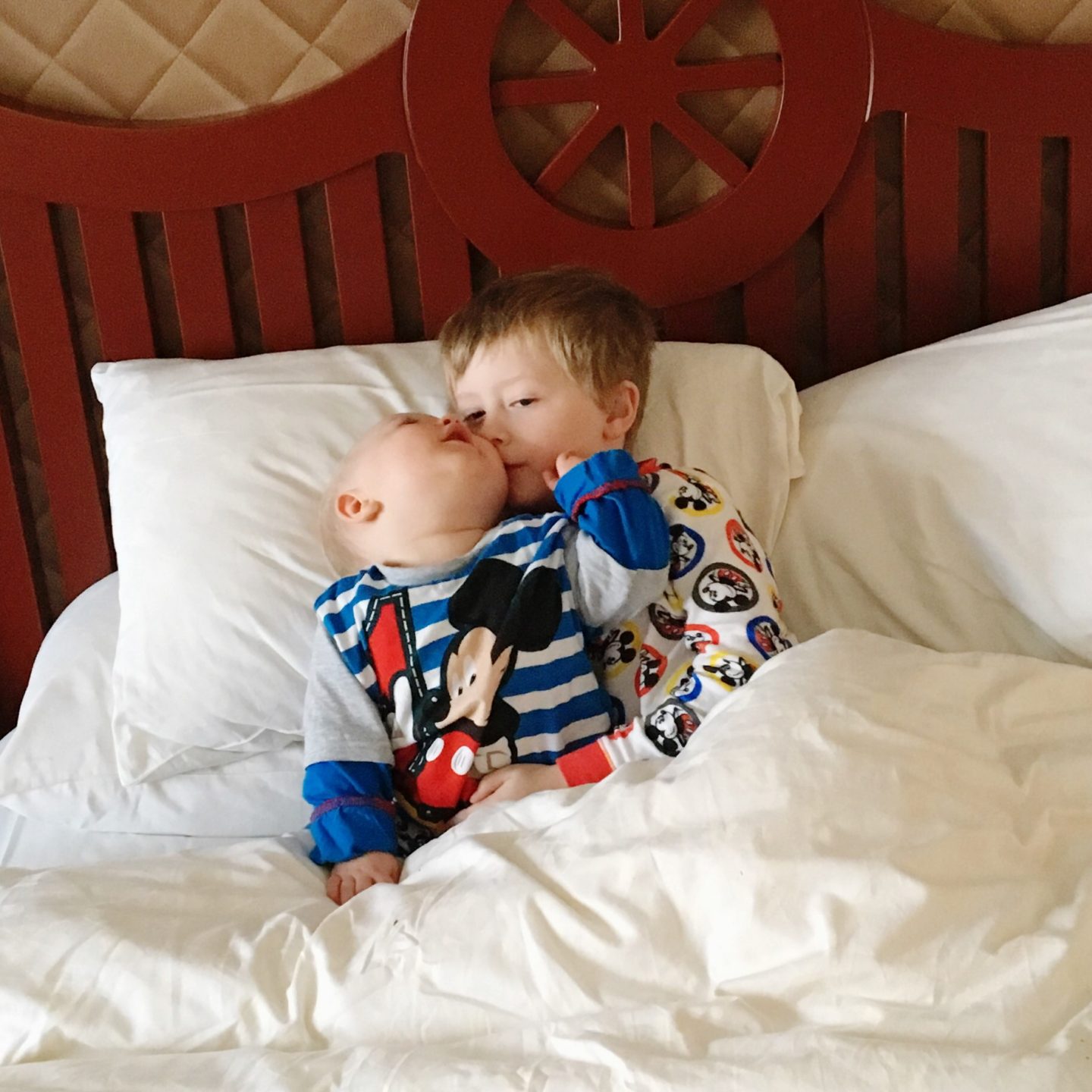 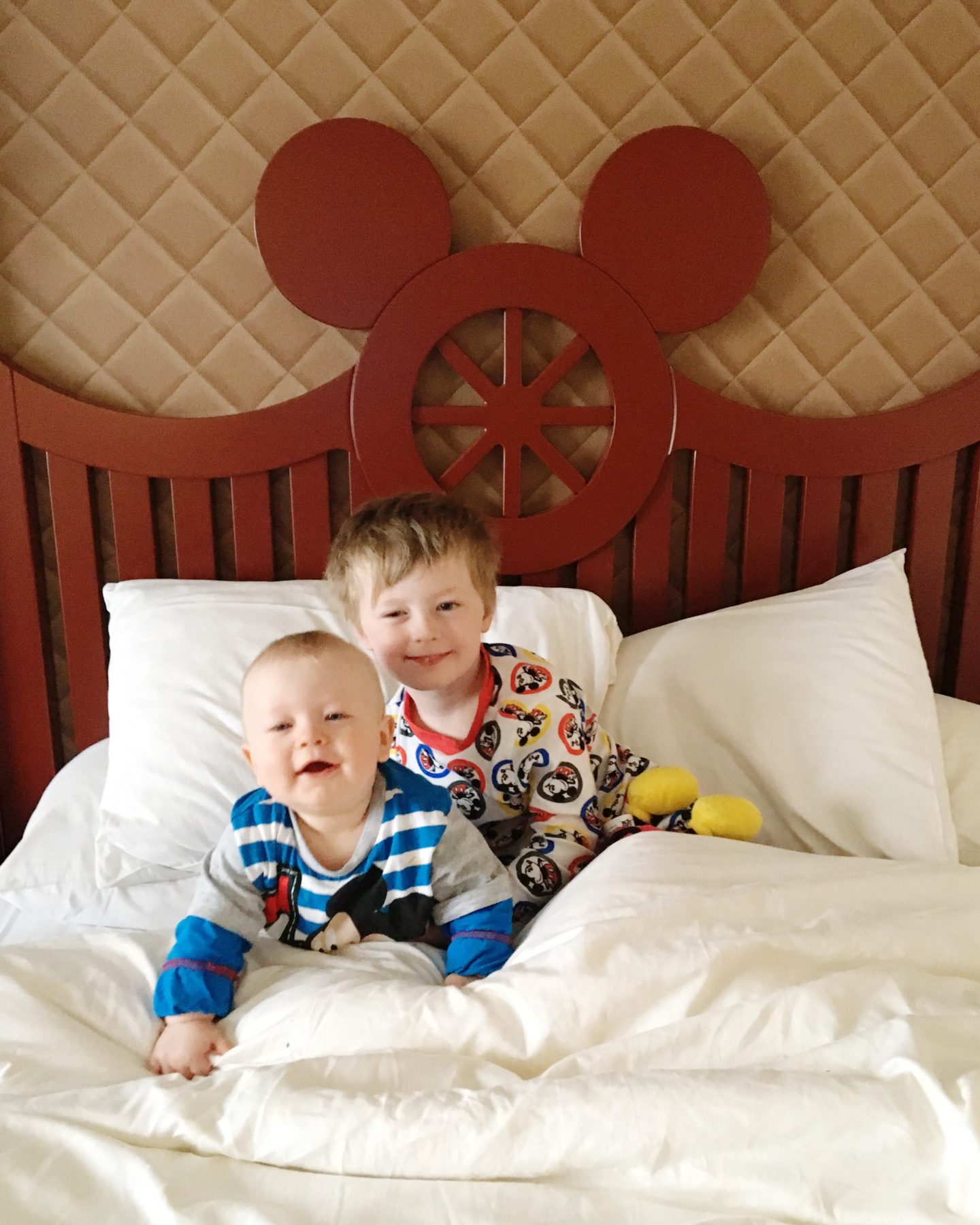 For myself I chose a pair of Minnie Mouse Pyjamas and after a day bundled up in our coats walking round the parks they were just what I wanted to put on when we got back to our room for the night.  When you’ve spent the day on your feet in the parks it can be quite tiring and something comfy to change into when you get back to the room is essential. 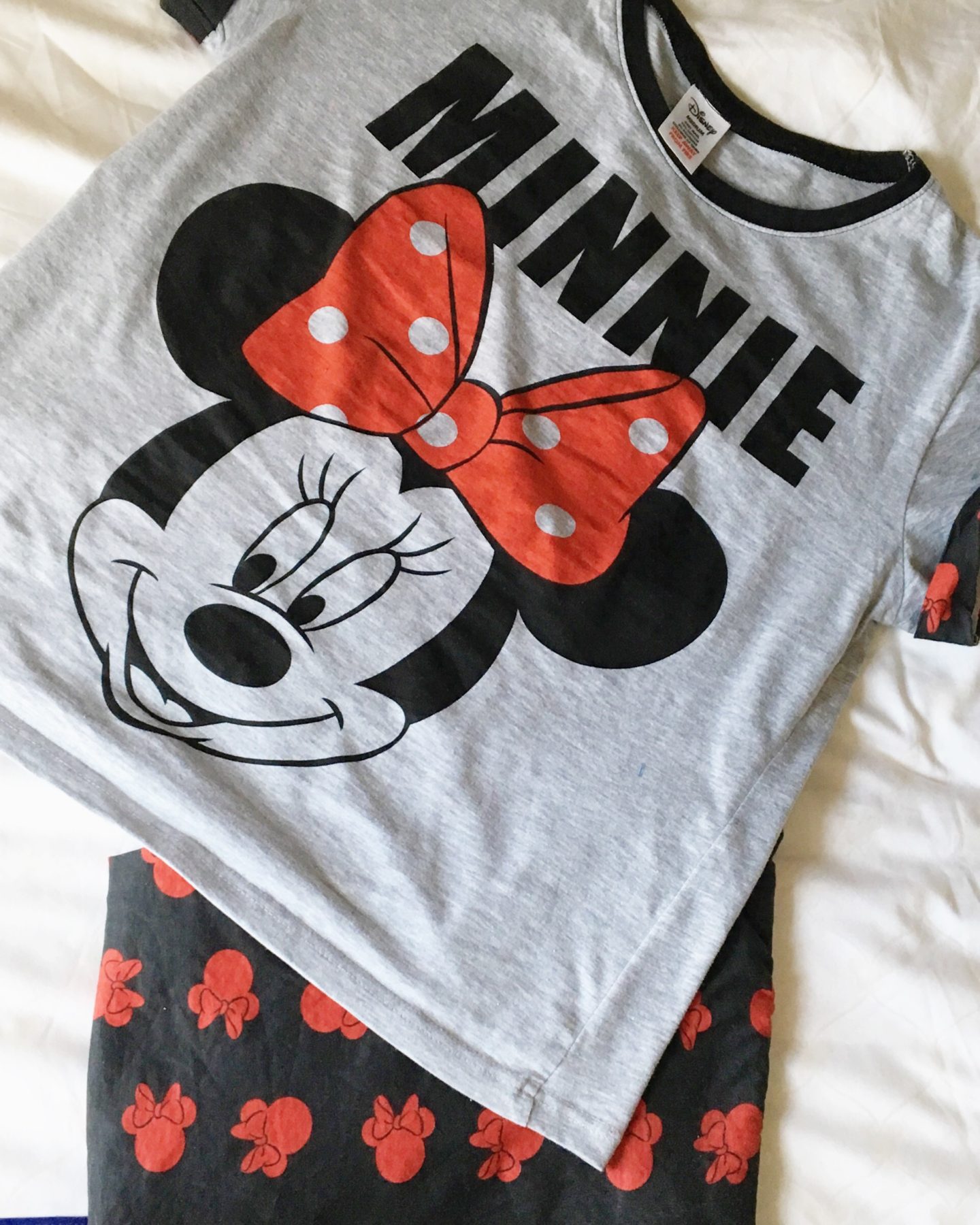 We had the most magical time at Disneyland Paris and have already been planning the Disney next step of going to Florida in a few years time.  It’s the little touches that make such a huge difference, Mickey Mouse plates in the restaurants, Mickey’s face on the ice cream wafer and on your bed sheets.  Having Mickey Pyjamas to put on at the end of the day put big smiles on both my boys faces and kept the Disney magic alive even whilst they were sleeping. 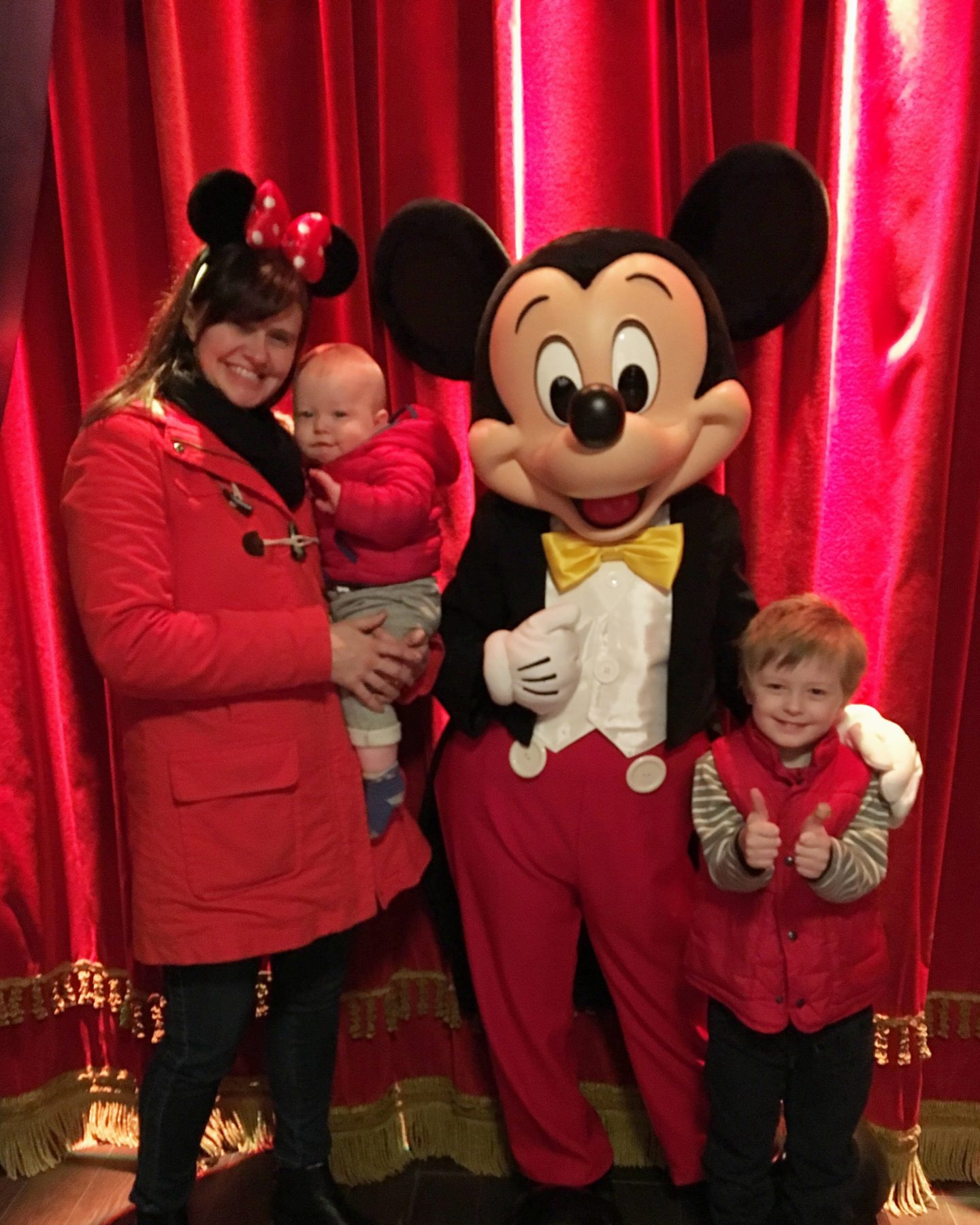 Disclosure:  We were sent the pyjamas for the purpose of this review but all thoughts and opinions are my own.