My eldest son is a huge Lightning McQueen fan.  I still don’t think he’s quite forgiven me for not allowing him to have a Lightning McQueen themed bedroom, although we did compromise on a few Cars wall stickers.  On our recent visit to Disneyland Paris one of his absolute highlights was watching the Motor Stunt Show, especially when his favourite red car made an appearance.

When we were given the opportunity to review the Disney Cars Mack Truck Playset along with a couple of Disney Cars Vehicles I couldn’t think of a better boy to put it through its paces.  O had seen this on television before and had already told me how much he wanted it.  Along with Cars and Lightning McQueen, he is also a huge fan of Hot Wheels so having the Mack Truck with the ramp element was everything he could want in a toy. 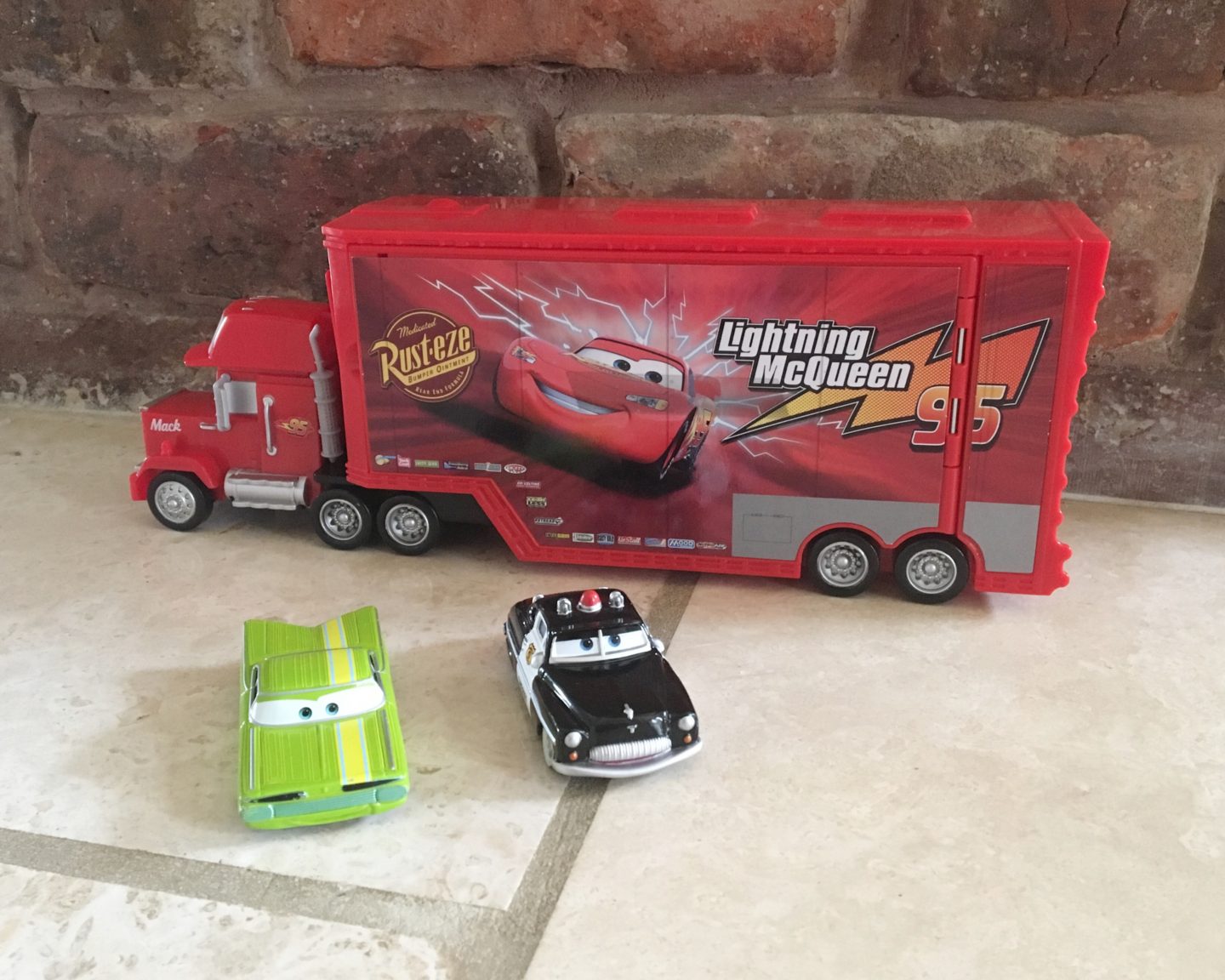 The truck was easy to set up, and needed a few stickers adding to the ramp which only took a minute or two.  Always handy when you have a five year old hovering around you desperate to give it a go.  O already has the Mack Truck Transporter so he wasn’t too keen to play with it as a truck, he wanted to go straight for the stunts. 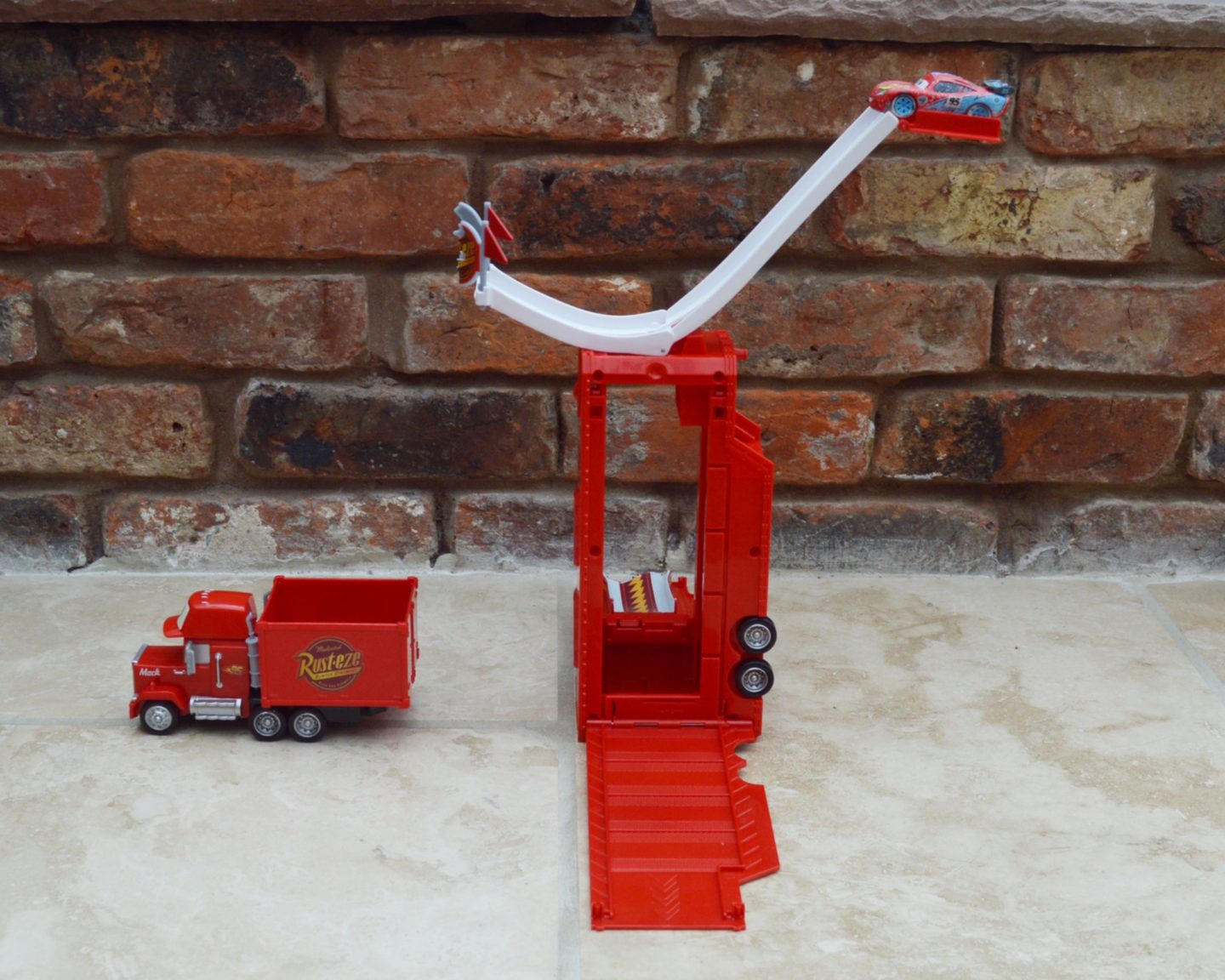 It is worth pointing out that the Mack Truck playset doesn’t come with any vehicles itself, so you will need to either use cars you already own or buy one (or more) when you purchase the truck.  We were kindly sent a couple of vehicles but we also have an abundance of Cars vehicles that have been collected over the last few years.  I was actually quite glad we didn’t receive a Lightning McQueen as I seem to have lost count of how many we actually have.  I loved the two we received and they always feel like good quality cars.  Considering my son spends a lot of time putting them through their paces it’s good to know they don’t feel like they would break, or something snap off, the first time they are sent at full speed into a wall. 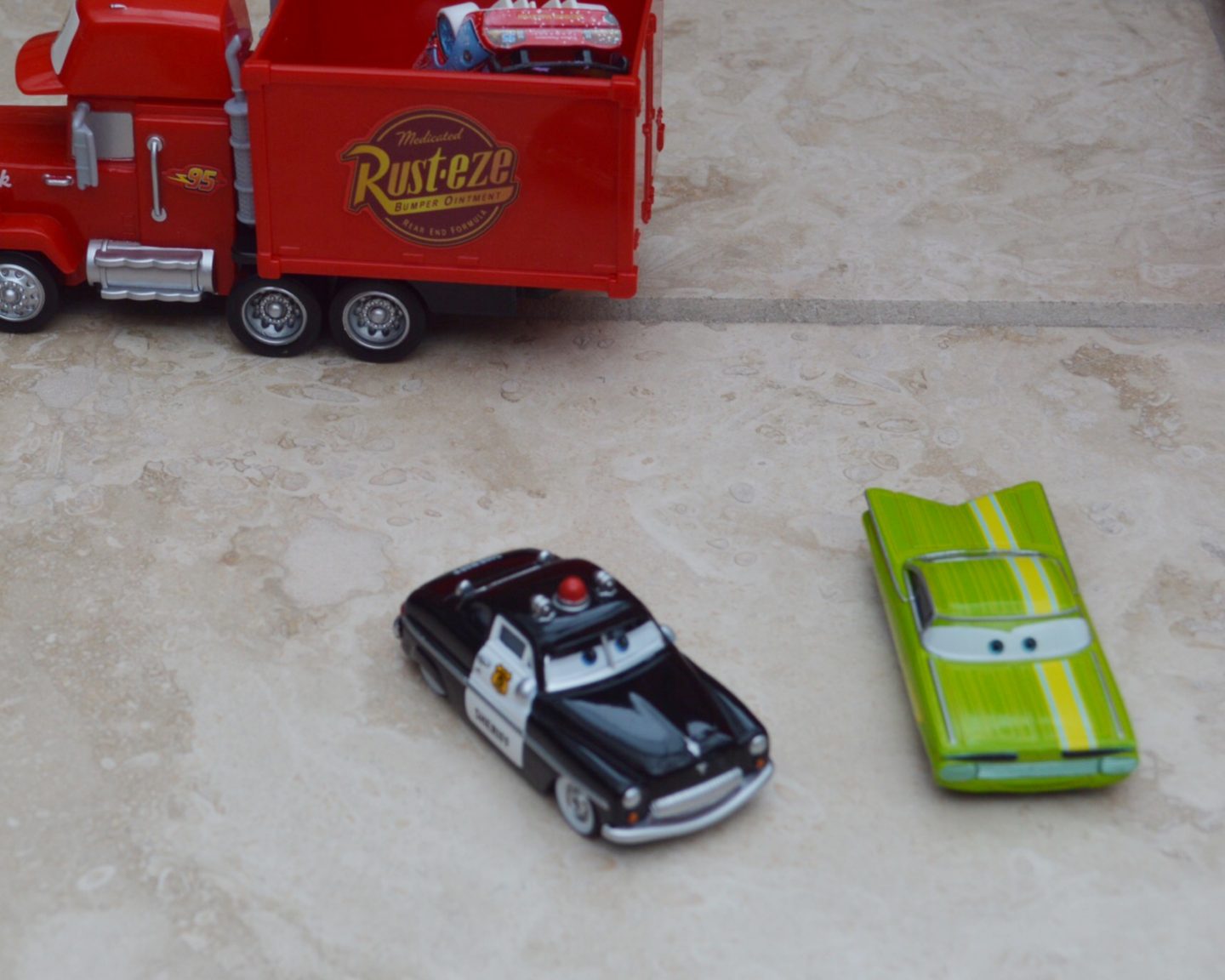 However, as they are quite a weight for their size it did cause a couple of problems when we were trying them out on the stunt set.  As O sent them down the ramp they didn’t fly off the end as expected their weight meant they rolled back and settled in the ramp dip, or got stuck at the exit, which was a little disappointing after expecting them to go shooting across the air.  We tried a couple of times with the cars we were sent before we went and dug out one of our old Lightning McQueens to give that a test drive. 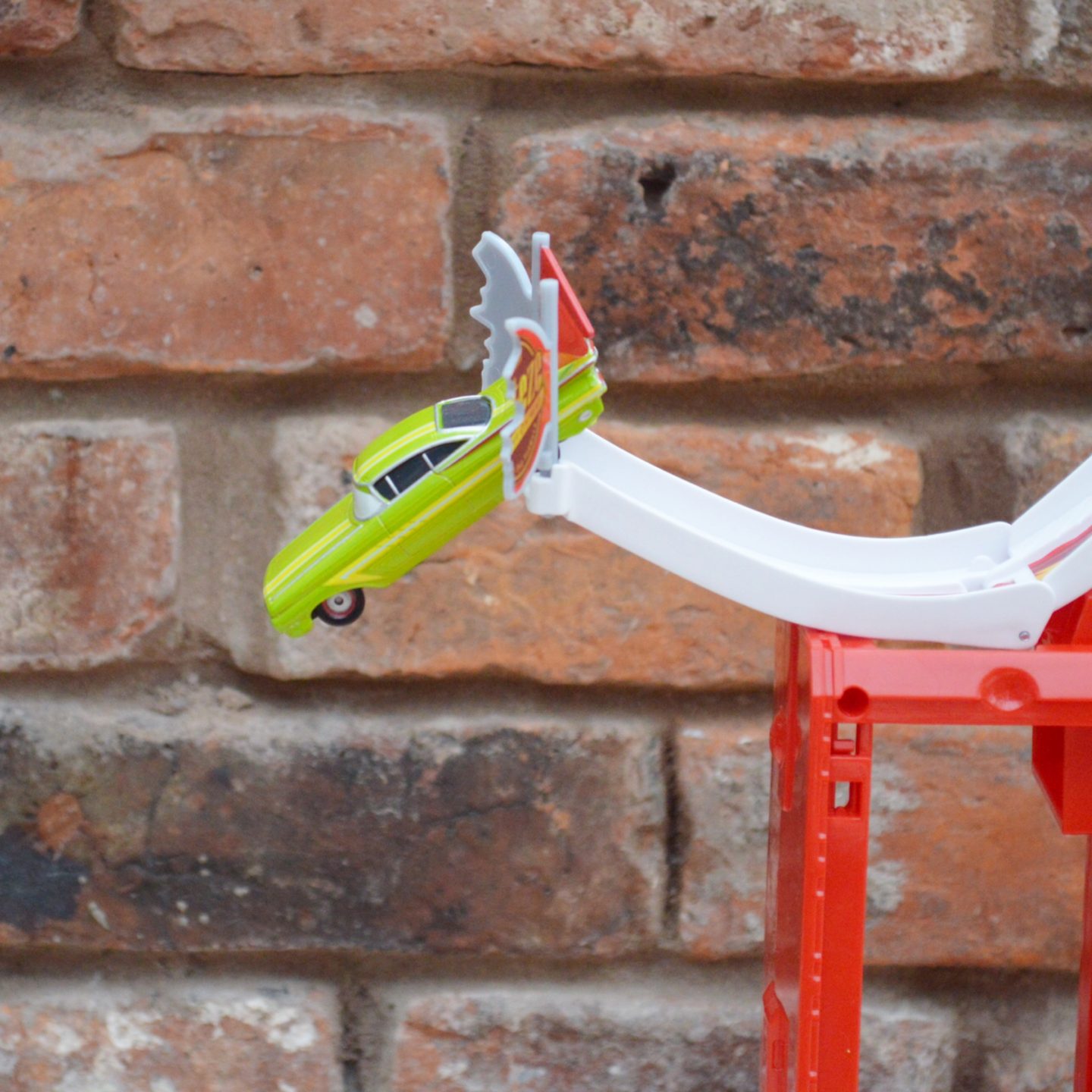 Luckily this worked perfectly and O loved trying to get Lightning to land in Mack’s truck. 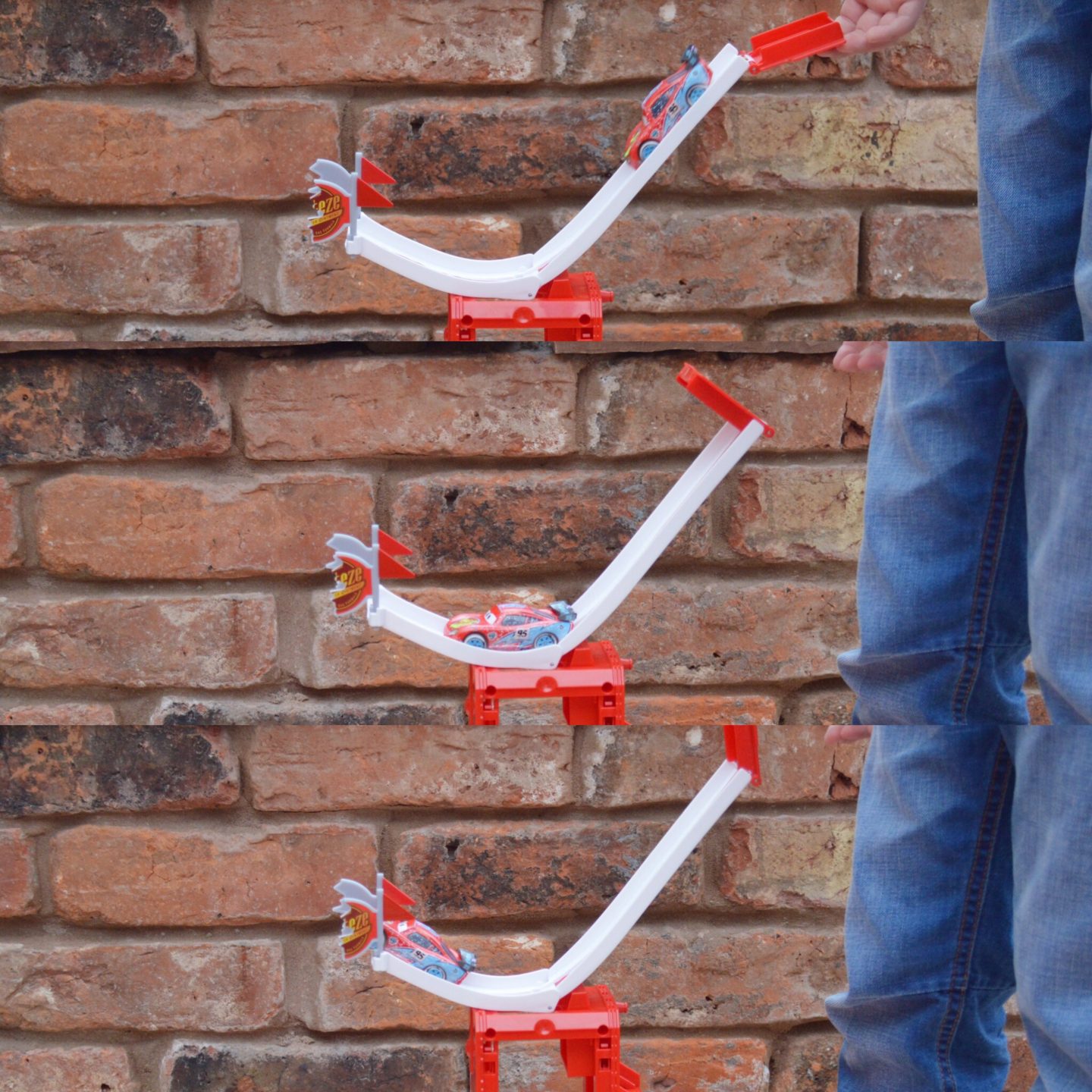 There are two options to play with it as a stunt set, the first being the high ramp and the second being to sent the car through the centre of the truck body.  O had figured this out before I had even realised that this was an option.  For a car mad little boy this is a great toy.  A lot of the car tracks take up a lot of space in the house and aren’t the easiest to pop up and put down quickly.  As a mum I love that this can be packed away without taking up too much room and is easy to get out and play with. 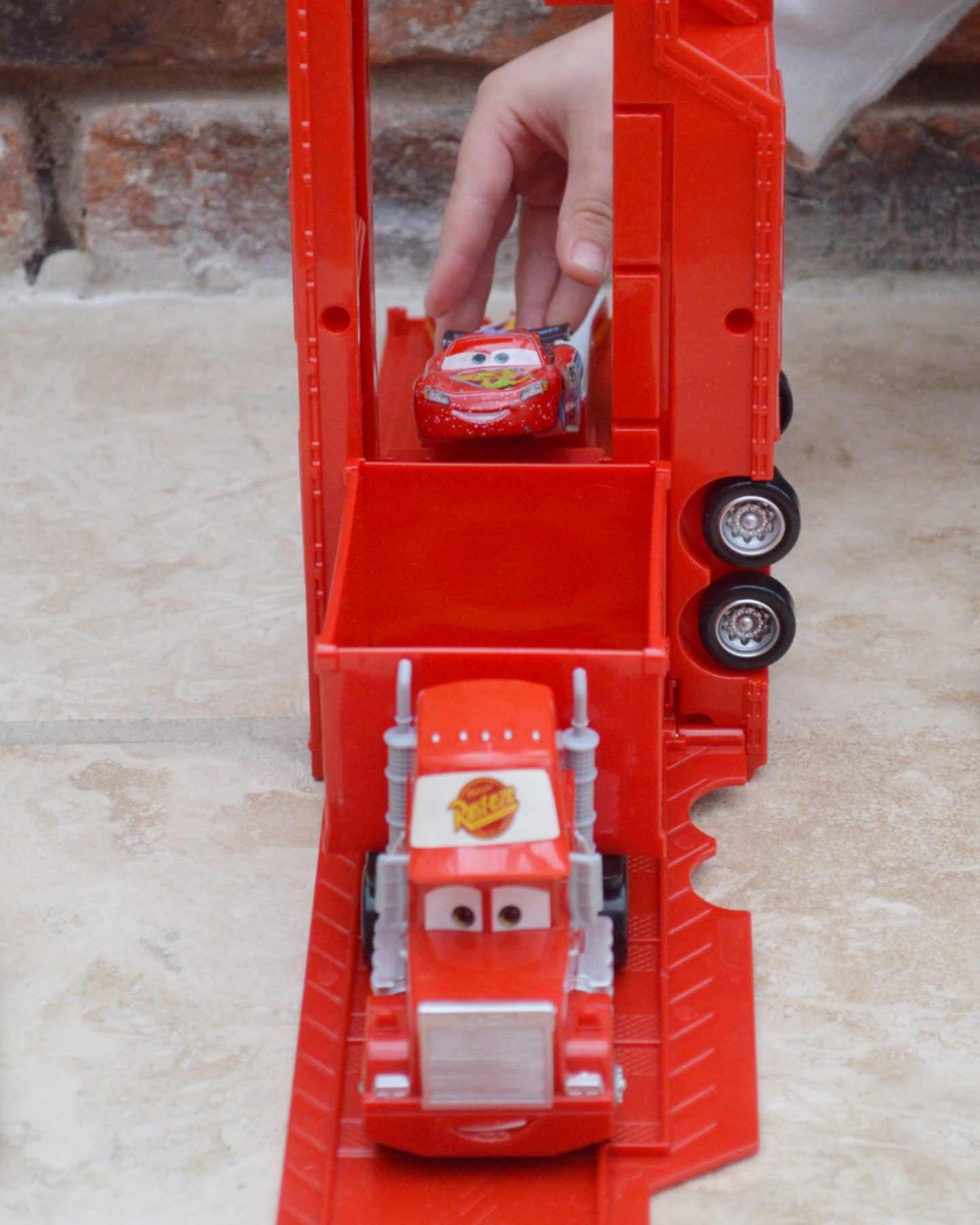 O has hundreds of cars and I’m sure this will provide hours of entertainment as he works his way through them all to see which ones work the best.

Disclosure: We were sent the Disney Cars Mack Truck Playset and Vehicles for the purpose of this review but all thoughts and opinions are my own.