When you have been trying to conceive for a long time the two week wait becomes a way of life.  You spend half your month worrying about timings, ovulation, what you could possibly do to help nature take its course and the second half stressing and googling every single possible symptom.  It all consuming, and exhausting.

After the first year I stopped crying each month when my period arrived, occasionally I’d lock myself in the bathroom for a few moments to pull myself together before getting on with the rest of the day.

There have been so many months when I was convinced this was it.  I felt sick, was sure that my sense of smell had increased, I’ve lost count of how many “Could I be pregnant?” quizzes I had taken on the internet.  I always knew they were a load of rubbish but it didn’t stop me from taking them.

When I was pregnant with O I knew almost immediately.  I could never quite put my finger on it but I just knew, almost within days, that I was pregnant.  Within a week I was feeling sick and when I nearly threw up in the middle of Asda because I could smell food I was convinced.  The negative pregnancy tests were telling me otherwise but several days after my period was due a very faint second line appeared.

This time it was very different.  The month before I had been “convinced” we had conceived.  We’d been on holiday and had a lovely, chilled time and for the first time in months, really relaxed.  On our return I was experiencing every early pregnancy symptom going and I was starting to get my hopes up.  I bought a few pregnancy tests to have in when it would be time to test.  Stupidly, I should have known better, my period arrived before I had a chance to try a single one.

Maybe it was because of this I wasn’t expecting much from the following month.  In fact, I was almost certain I wasn’t pregnant.  There was no symptom spotting from me as there were no symptoms to spot.  No sickness, no strong sense of smell, I didn’t even get hung up on when my period was due.

It’s not unusual for me to a day or two late but it suddenly dawned on me on the last day of September that I was four days late.  This was a bit strange.  And I’d had a couple of nose bleeds, something I never have.  I turned to Dr Google and realised that maybe I did have a couple of early pregnancy symptoms.

Pushing those thoughts to one side I went to pick up O from my mums, had a glass of wine and thought that if my period hadn’t arrived by the next morning I would take a test,  just to rule it out.  One thing to know about me is that I don’t have much patience and after getting home I couldn’t shift the niggling thought that I should take a test.  Luckily I had a stash after stocking up the previous month.

My husband and O were downstairs making dinner and I sneaked off to take the test.  I was all set for leaving it in the bathroom and checking it later but I didn’t make it out of the room before noticing the second line had started to appear.  I held it under the light and stared at it in disbelief, my hand shaking.

I had imagined the moment of telling my husband I was pregnant so many times, I wanted it to be special, something he would always remember.  Well, it didn’t quite turn out that way as when I walked downstairs all I could do was wave the test at him as I burst into tears.  I think he was more shocked than I was.

As O was still awake and we didn’t want to tell him there were lots of hushed conversations and just looking at each other.  Once our boy was in bed I took a Clearblue Digital, a part of me needed to see the word Pregnant come up, and my husband needed more proof before he could start to believe it.  A few minutes after tucking O in bed that magical word, the one we had waited three years to see, appeared.

We were going to be parents for a second time. 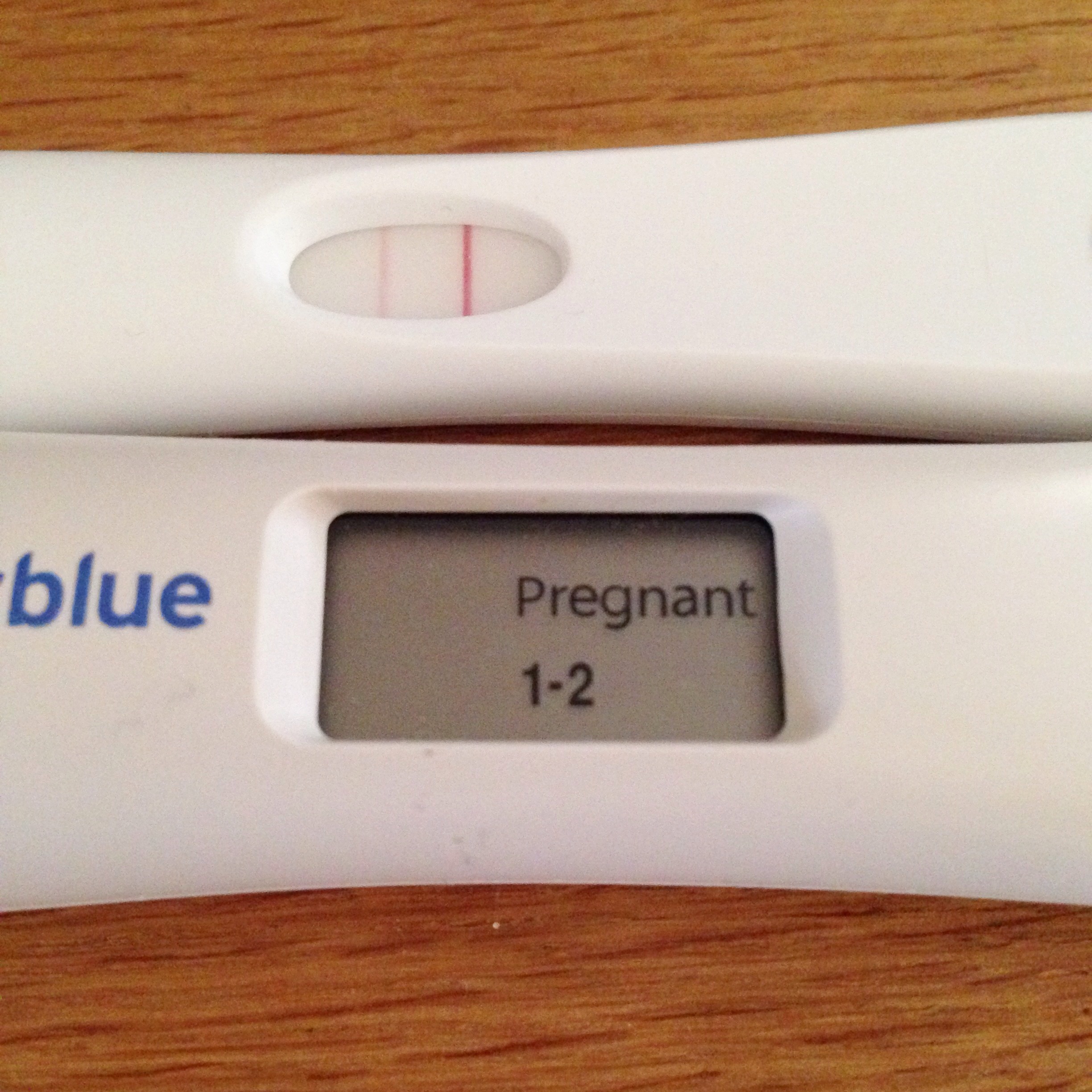