Ola, little love ladies! Hope you’ve all been having a fantastic week! It’s Friday already so as usual I’m linking up with the lovely Morgana at butwhymummywhy to celebrate the little things going on in the past week. 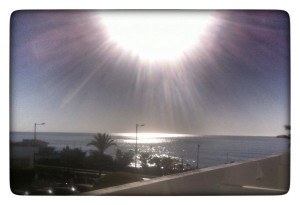 Since Sunday we’ve been holidaying in Spain with the in-laws, doing not a lot really but it has been so nice to chill out in the sun and just relax. We’ve had a couple of cloudy days but generally the weather has been great, sunny but not too hot which means my blond hair, blue eyed boy can play in the sun to his hearts content without me worrying that he’ll frazzle!

The best bits have been:

Read Lots and lots, I finished my Vintage Teacup Club book in a couple of days (lovely book, perfect for lazy summer holiday reading) and have moved into book two. I’ve read more crappy magazines than you could shake a stick at and even read the paper for the past few days, bliss! I’d forgotten just how much I love losing myself in a book, I need to find the time to read more at home!

Watched O loving his plane journey! He has been on a plane before but it was his first time in his own seat, so we placed him by the window for prime viewing. My bag was stuffed full of CBeebies mags, sticker books, snacks, plane friendly toys (nothing loud, or that will roll!) and the iPad was loaded with Tree Fu Tom to keep him happy. We only needed one episode of Tom as he was happy to look out of the window for most of the flight with a running commentary of what he could see. Funny how seeing a journey through a 2 year olds eyes can completely change your perspective of it too, and the flight just seemed to fly by! 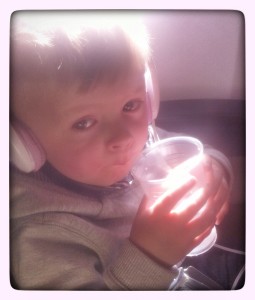 Heard Not a lot! We spent the first couple of days at the in-laws villa which is in a little village high up in the Andalucian mountains. Lying on the terrace it’s so quiet and peaceful, perfect for getting away from it all.

Made An attempt at speaking Spanish. Languages are not my strong point but I do try to make the effort, and can just about hold my own in a bar or restaurant, although the accent needs a bit of work! 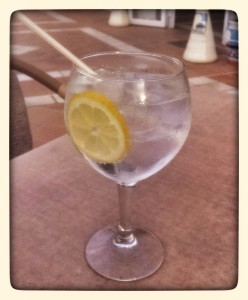 Wore Floaty tops to cover the increasing tummy from all the food being eaten! The healthy new lifestyle starts on Monday, honestly! It will!  The shorts have been out too, and my legs have even got a bit of colour! 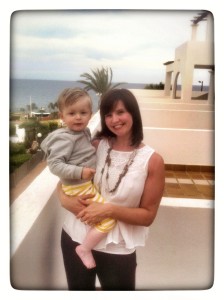 And lastly…Me and the Big Mr can be a bit competitive. Neither of us like to lose, especially against each other. The hotel has a pool table so on the first night we had a couple of games, won one each and as we were out of 1 Euro coins, called it a draw. Last night hubby thought it would be a good idea for a decider, which I’m delighted to say I won. Fair and square, without him potting the black or something else silly. For the next year I’m the Pool Champion. Something to keep reminding him of from time to time !

Lastly, the bonus of going on holiday with you parents in law is that you have built in babysitters which means as well as spending some lovely family time, we’ve had the chance to spend some couple time too!

It’s our last day on the coast today before heading back to the villa and flying home on Sunday.  So as a very final and lastly, I’ll be loving one of these sat in the beach bar later enjoying the sun with my boys.  It’s actually called Sunshine (perfect name!) and it’s non-alcoholic too! 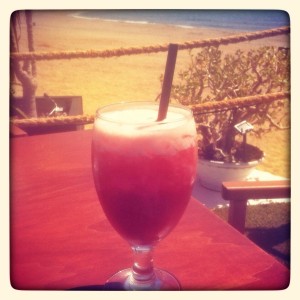 Sunshine in a glass!