I had a little break from Little Loves last week as we had a panicky couple of days as O picked up a tummy bug just as we were due to go away.  On Thursday night and Friday morning he was so ill and I was starting to think we would have to cancel our trip to Spain as there was no way he would be fit to travel.  I don’t know how children manage to do it but throughout the course of the day he picked up and by Friday evening was so much better that we could start to get our hopes up that we would make our flight on Saturday morning.

Luckily we did, and it was a break that all of us needed.  The first half of this year so far has been a tough one and we really needed some time away from everything to just relax.  This weeks Little Loves have been:

Before the hols I treated myself to a Kindle, I had a few John Lewis vouchers left over from Christmas to put towards it so as I only wanted the cheapest version it didn’t cost me too much.  Despite being adamant I would never be a Kindle reader I was a complete convert within the hour.  Anyway, I won’t bore you with my new found Kindle love, but will move on to what I have been reading. 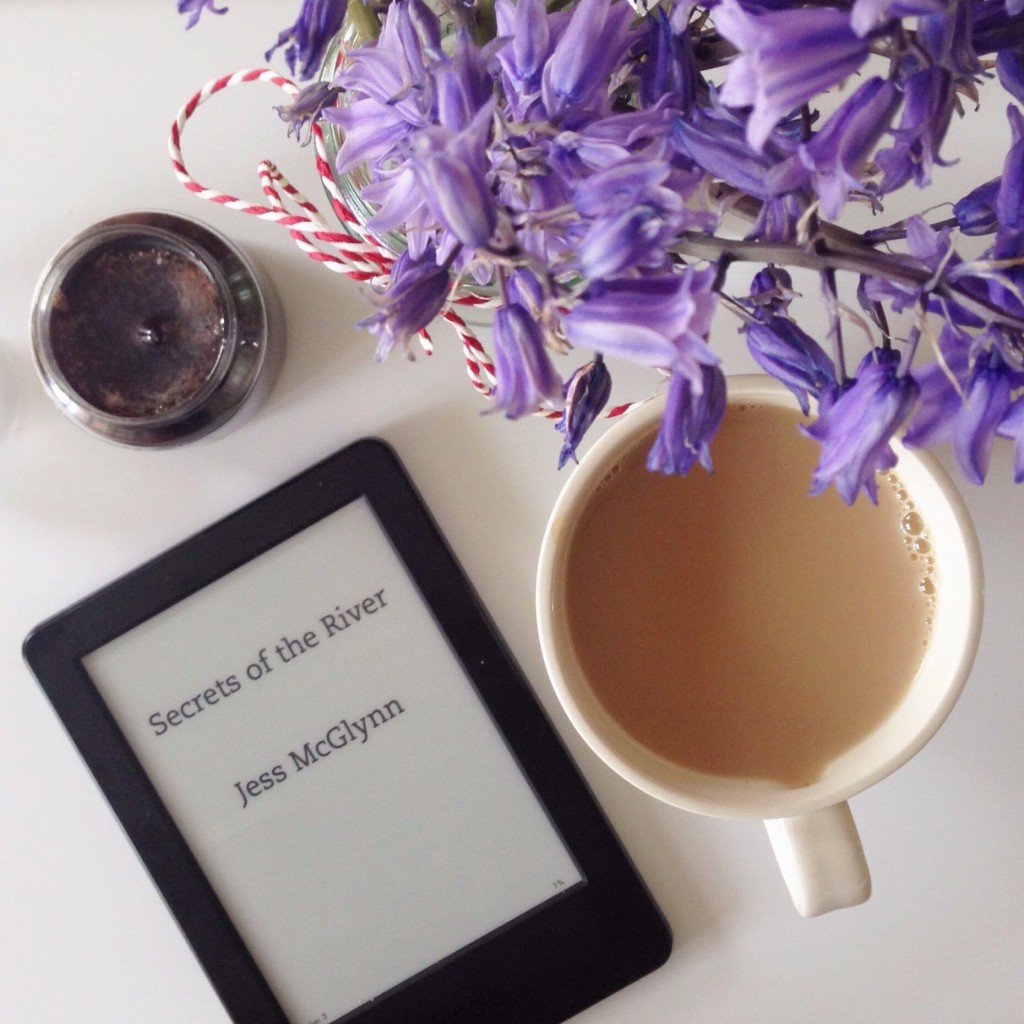 Did you know the lovely Jess at Catch A Single Thought has written a book, Secrets Of The River, and it was released a couple of weeks ago.  She very kindly sent a copy to my Kindle (I had no idea you could even do that) so that I could have a read and let you know what I thought.  The story follows the main character Isabelle as she moves to live with her sister in a French town after a tragedy back at home.  The more you read the more it seems that everyone in the town has their own secrets they want to keep hidden and you don’t want to put it down as you are so eager to find out what they are.

For me it was a perfect holiday read, mystery, romance and a beautiful French setting.  I’m currently trying to persuade my husband that we need to hire a French villa for our holidays next year.

We haven’t watched too much this week with being away but one of my favourite moments of the holiday was watching O tuck into our barbecued sea bass.  He really is such a fussy eater, given the chance he would survive on Rice Krispies, Pom Bears and Custard Creams, and it is a constant worry to me.  On Monday we went to our favourite beach restaurant where they cook your fish on an outdoor BBQ, and we ordered a sea bass to share between the three of us.  We put some on O’s plate and he was shuffling it into his mouth and asking for more.  We still couldn’t tempt him with the salad though! 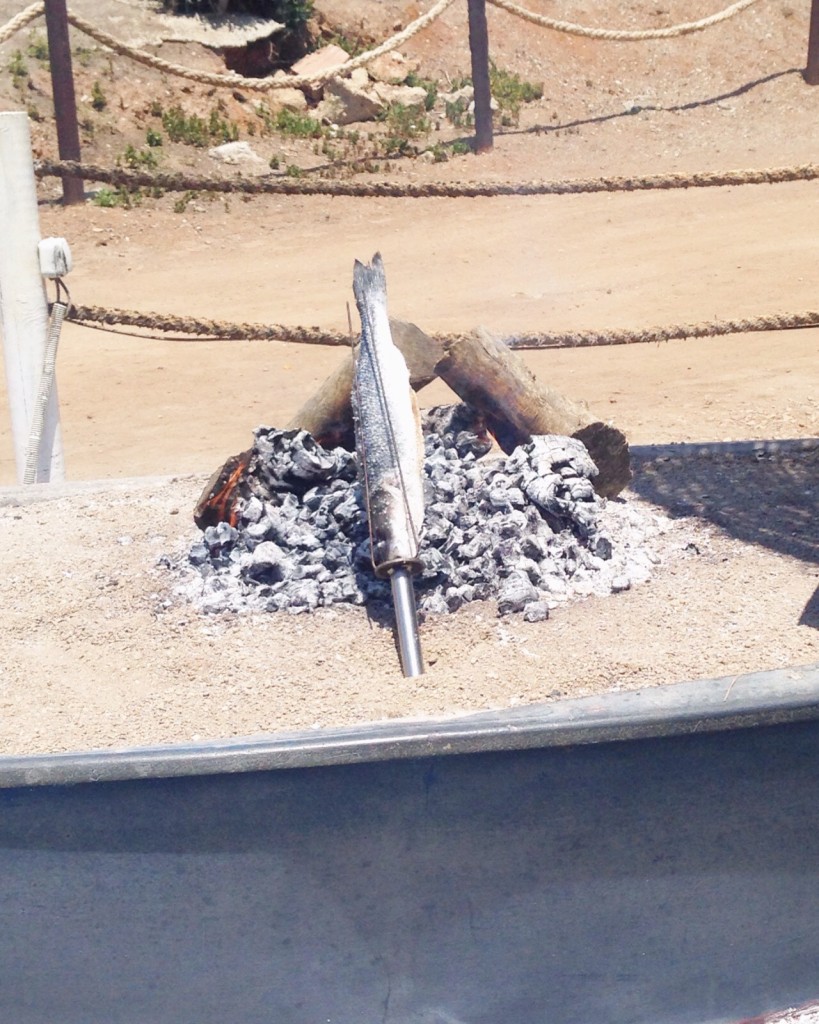 Mostly crickets.  My in-laws villa is way up in the Andalucian mountain and we spent two nights there before flying home.  It is so peaceful and quiet that the only sound is crickets that you can never see but are so loud. 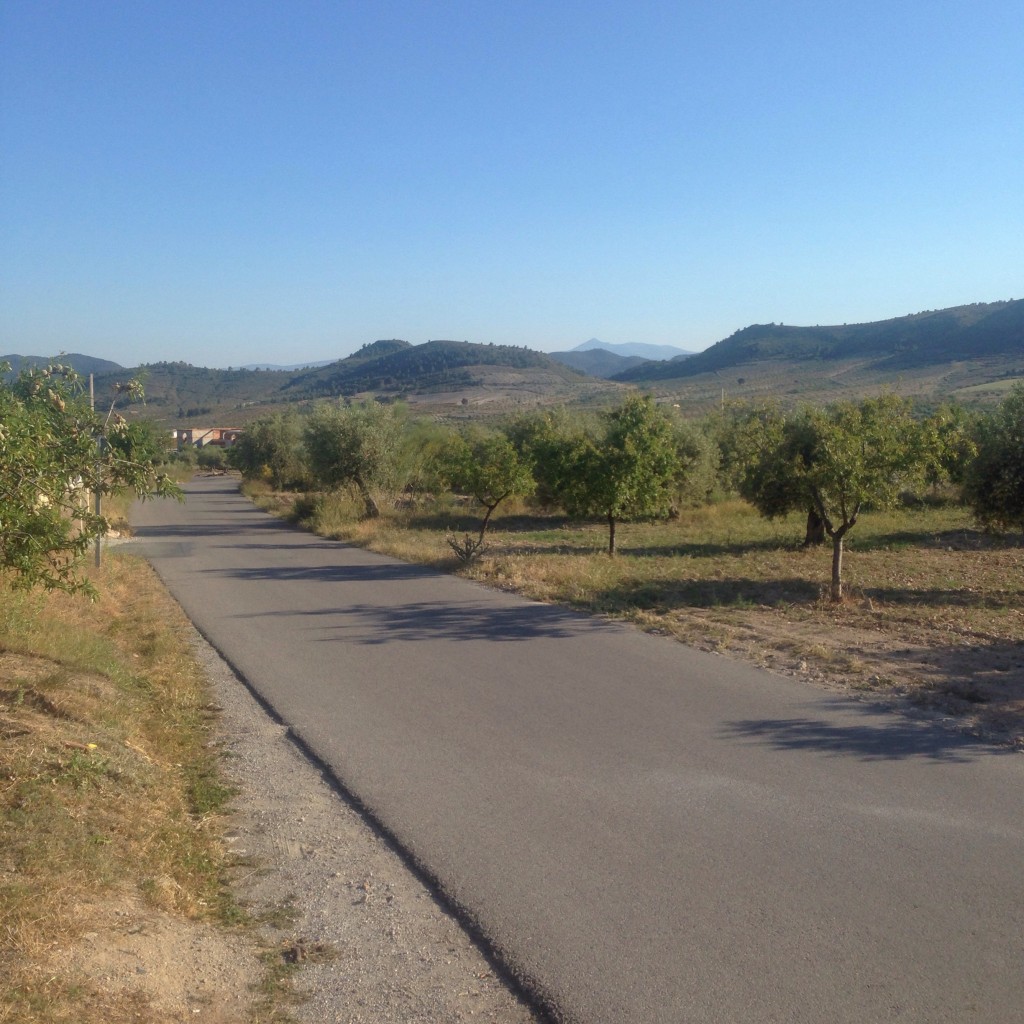 And the sound of the sea, I love being by the water, I could watch it for hours.

We “made” some time to be a couple.  (Sorry, I know it’s lame)  It seems like such a long time since we had been out as a two rather than a three but one of the benefits of having the grandparents with us is that they are more than happy to babysit O whilst we had some time on our own.  It was lovely just to walk along holding hands and eat dinner without having to keep a three year old entertained at the same time. 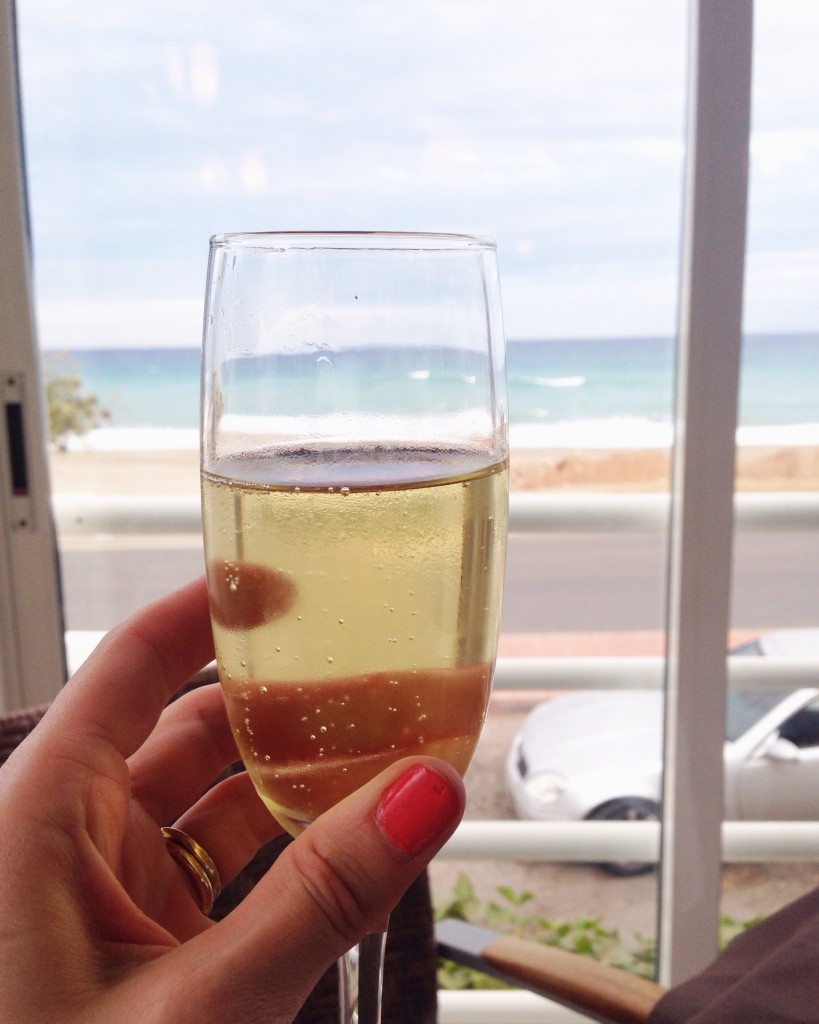 I’m going to hand over to O here because if I’m being brutally honest with myself I’ve felt a bit uncomfortable this holiday.  I know I’ve put on a bit of weight recently and it made me quite self-conscious of what I was wearing on holiday.  In lots of ways it was a bit of a wake up call and now that I’m back home it’s time to do something about it.

When I bought this little playsuit from the Little Bird range at Mothercare I wasn’t too sure how much wear we’d get out of it.  It really was the most useful item of clothing we took with us.  It was perfect for changing O into after being on the beach or in the pool as it was so easy to slip on.  I’m really tempted to head back and get the next size up ready for next year. 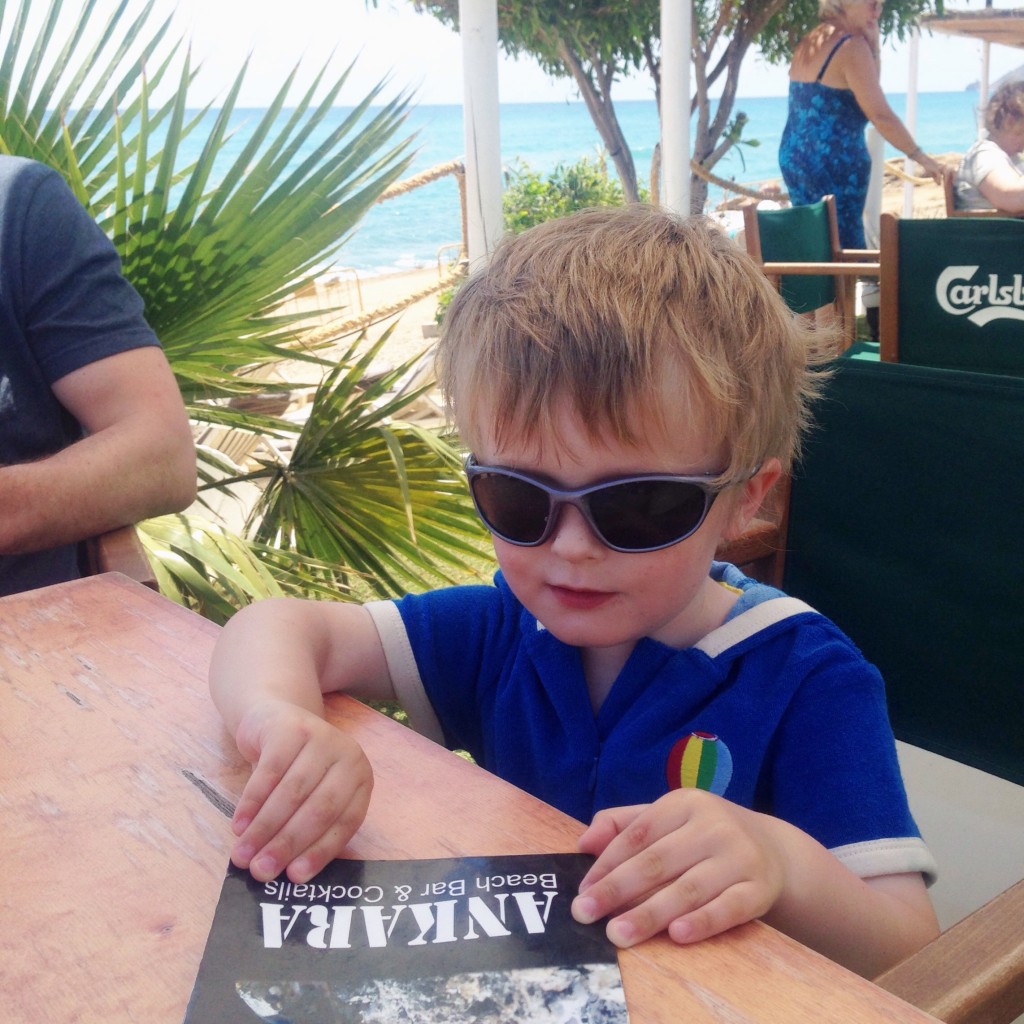 It really is lovely to get away and have a break from routine but there is no place like home and it was wonderful to be back in our own house yesterday and get a proper cup of tea. 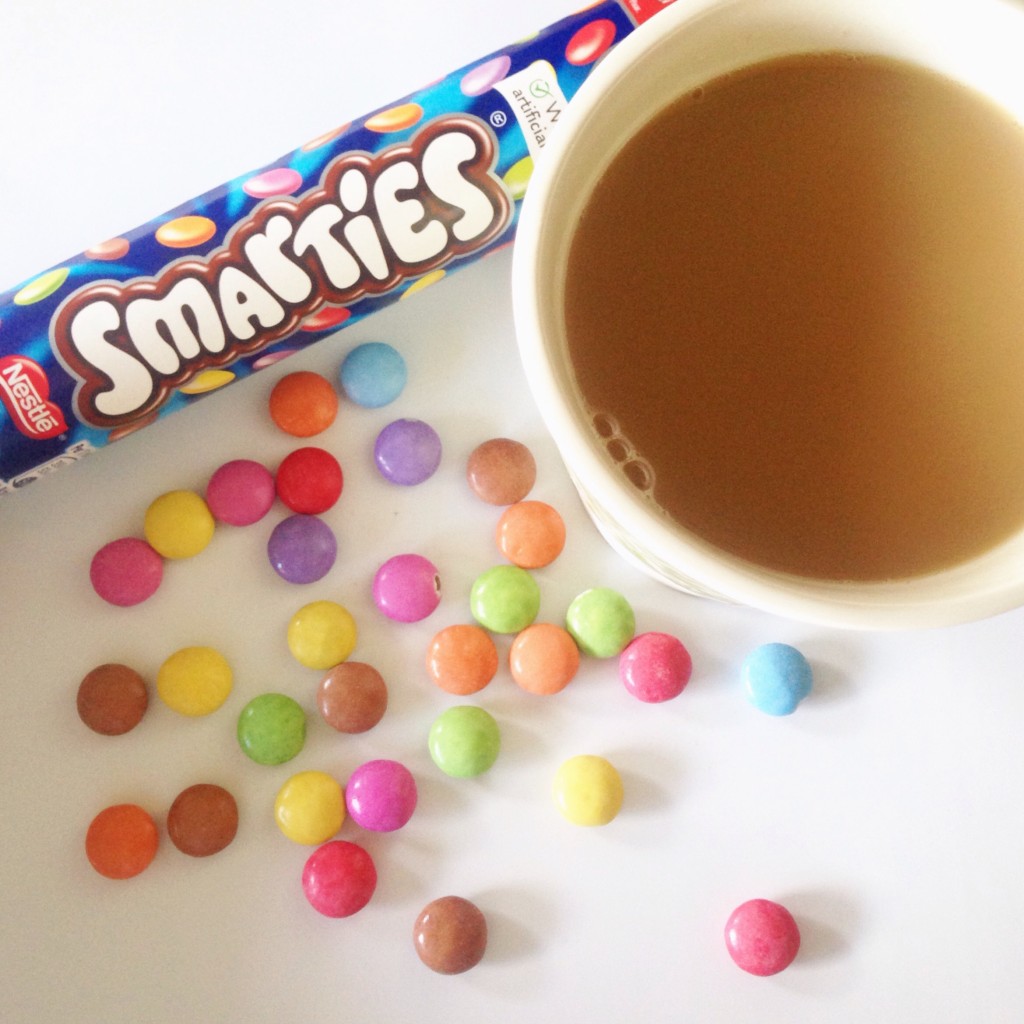 Hope you all had a lovely week.