I’m a bit late with my Little Loves this post but that has largely been down to a teething baby who hasn’t been too keen on being put down, and the fact that the reality of being back at work has hit.  I usually write most of this post on Thursday night but I didn’t even try to this week as G needed Mummy cuddles for most of the day.  It’s been horrible to see him so unhappy, he’s usually such a smiley baby, but he seemed a little happier last night and I even got to eat my dinner with both hands!

We had O’s parents evening this week so I had the chance to read through his school books.  I love seeing what sentences he puts together, it’s like a little window into what he’s thinking.  In his writing book he had written about what he had done at the weekend, he wrote “I went shopping with Mummy, and I love Mummy.” Aww!

This week started off with a huge baby milestone for us.  G crawled for the first time.  O never crawled so it was even more exciting, and I was delighted he did it on my day off on Monday so I was the first one to see him (I did try to embed the video clip in here but failed miserably so here’s a little shot of him crawling instead). 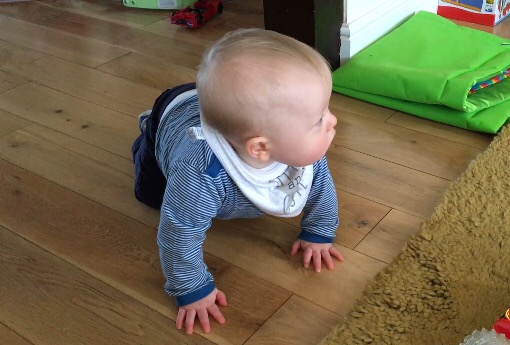 Very tenuous link but we have made a decision to change our holiday plans for the summer.  We were supposed to be going to Ibiza for 11 nights but on the back of maternity leave and with the house extension plans we have decided it’s a bit more than we want to spend this year.  We have found a different hotel in Croatia and are planning to go for just a week instead.  We’re going to go to the travel agents tomorrow to change it, and despite having to pay the admin fee it is saving us a lot of money.  Plus I think I prefer the new hotel anyway!

The sun came out last week and I got the chance to wear my new Matalan top.  I am a little obsessed with it and it was such a bargain at £18.  I think this will be worn A LOT when Spring really kicks in. 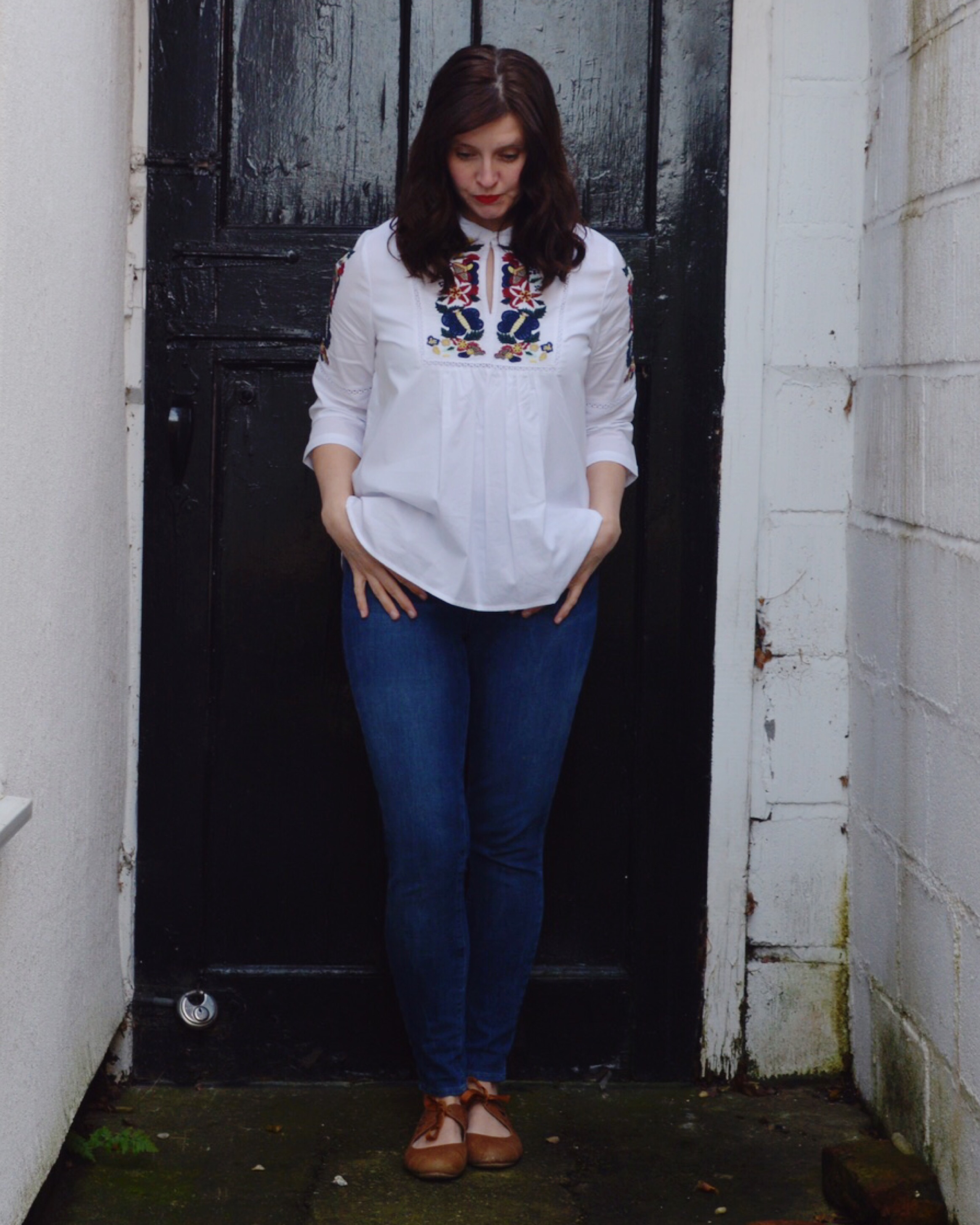 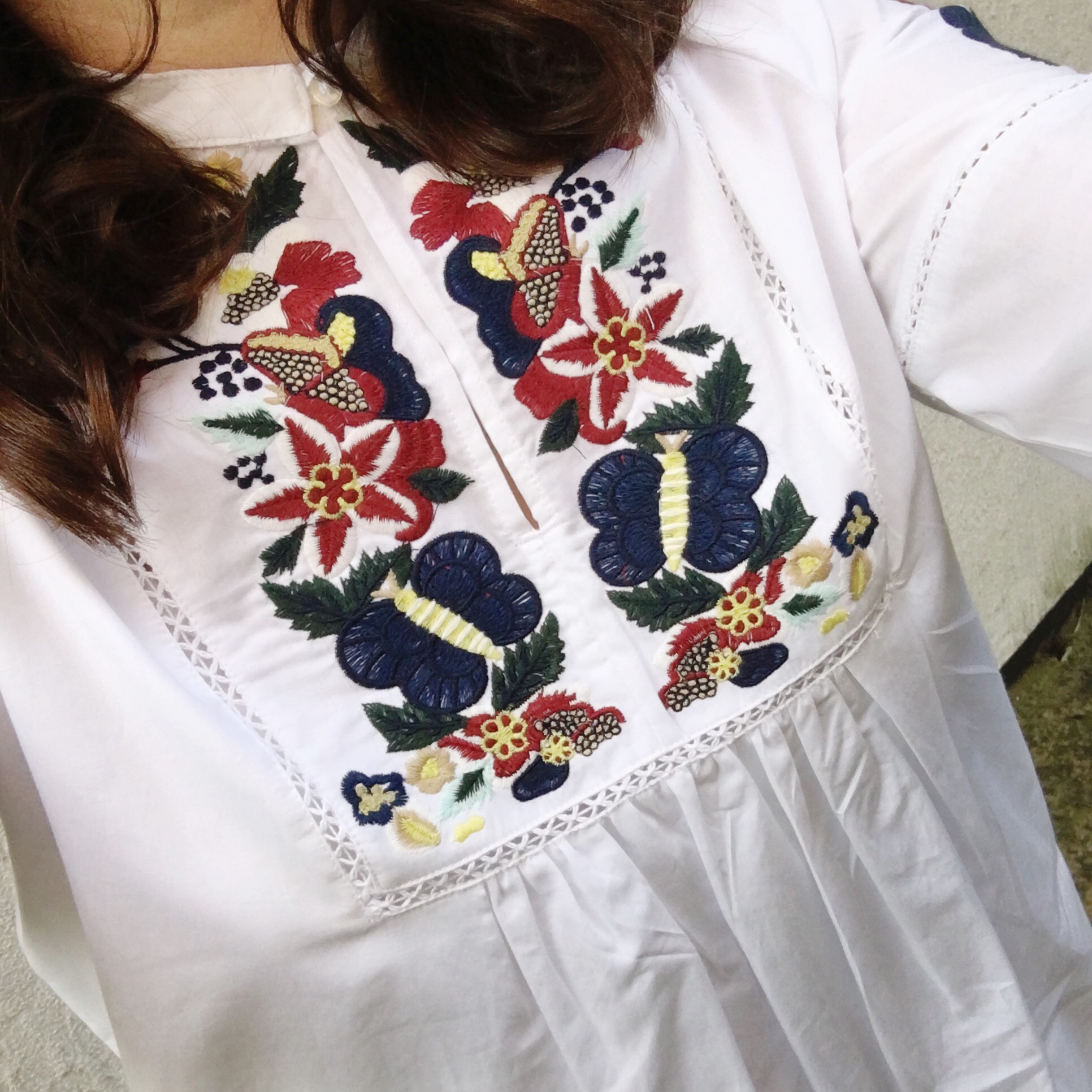 O’s teacher saying how well he was doing.  He is such a good boy but it is lovely to hear it from someone else.  His reading and writing is coming along nicely (although he could be a bit neater with his handwriting) but she said his Maths work is fantastic.  The Maths teacher in me, and the Mummy, was very proud.

Thank you to everyone who has joined in with #notafrumpymum over the past week, I have loved seeing all your outfit pics even if they do make me want to hit the shops.  I’m a third of the way through No New Clothes March and am quite proud of myself, I’m dreaming of that Zara peasant top but am determined to hold out until April.  Please still be in stock!