Did I mention I’m starting my new job soon?  Actually I’m starting tomorrow so obviously what has been worrying me A LOT is what to wear on my first day.  Technically it’s a training day but I’ve been advised it’s casual but not too casual, which sent me into a bit of a panic.

Not too casual means jeans are out of the question, and I have debated whether a denim dress counts as too casual (I decided it did) and when I inspected my wardrobe there wasn’t anything that I would feel confident in.  And I need to feel confident on my first day. 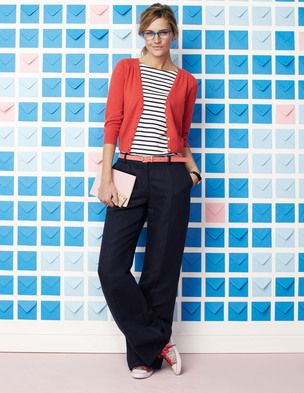 In my head I had an idea of the look I wanted.  Casual trousers, a bit baggy, and a fitted t-shirt that I could wear with pumps or trainers, the only problem is that I have been on the hunt for some trousers like that for years and have never found the right pair.  They were either too baggy, too long, too short, too tight around the mum tim (or the bum), not quite the right material.  You get the picture.

Yesterday I decided I was determined to track some trousers down so I rushed out the door, with two little boys in tow, to our local Next to see what I could find.  There was also a big M&S nearby that was going to be my back-up plan.  Now my boys don’t like shopping, and it was getting close to the little one’s nap time, so I didn’t have time to be messing around.

I can only describe what happened next as a slightly more upmarket version of Supermarket Sweep as I wheeled the buggy round the displays picking up as many pairs of trousers as I could carry before heading to the changing rooms.  First pair, too tight around the waist and bum.  Second pair, too short, but the third pair…

Oh, I fell in love with the third, a pair of tailored slouch trousers.  They were everything I had been looking for.  A lovely thickish material meaning they hung beautifully, not too tight, the absolute perfect length for wearing with flats.  And the best bit, they were only £25. 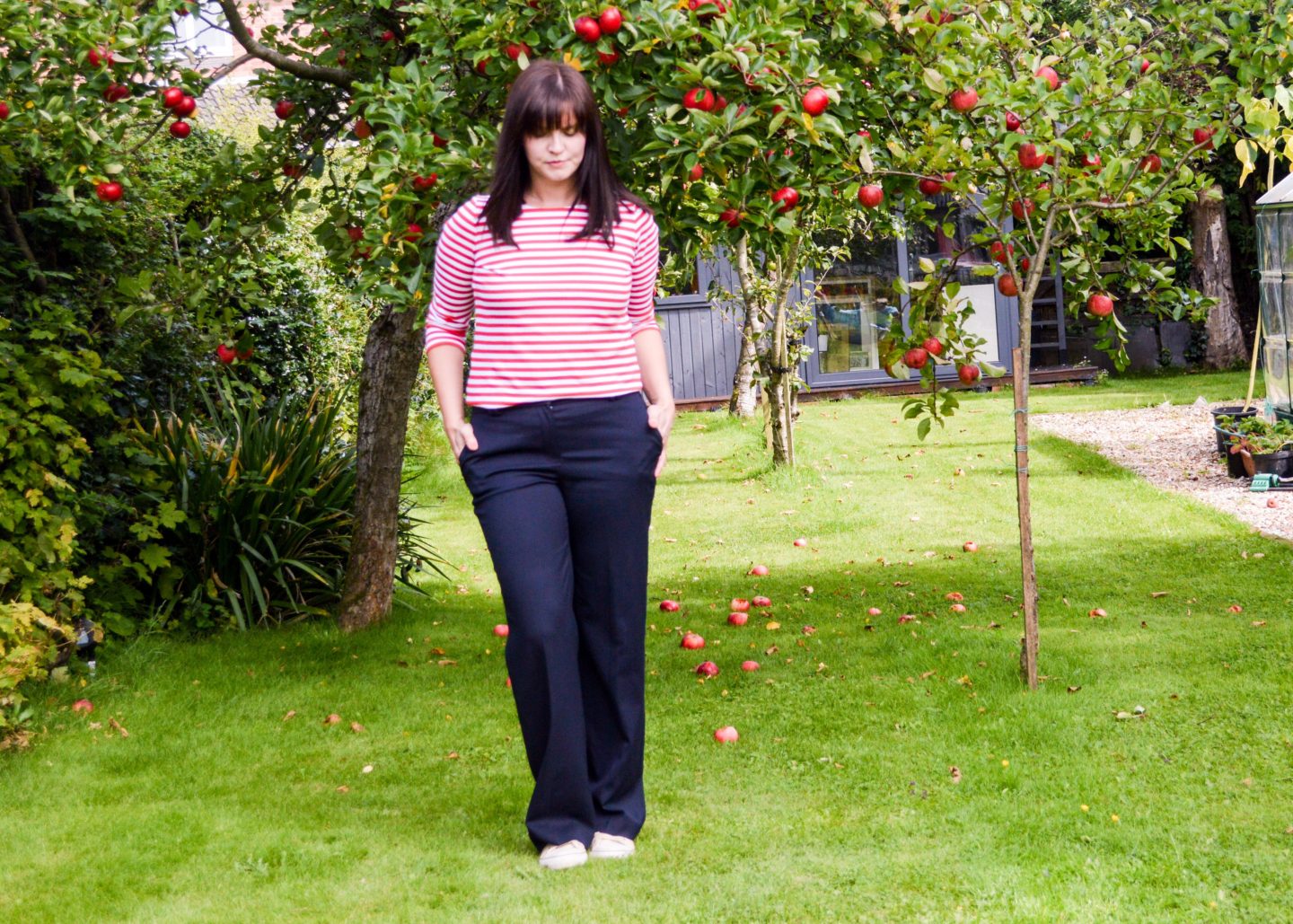 I had picked up the navy pair and along with the trousers I had picked up a few tops to get the overall look.  I teamed it with a red stripe Breton and my Kurt Geiger trainers.  Despite my 5 year old not being the biggest fan of being dragged round the shops, he is good as a second opinion and it got his seal of approval. 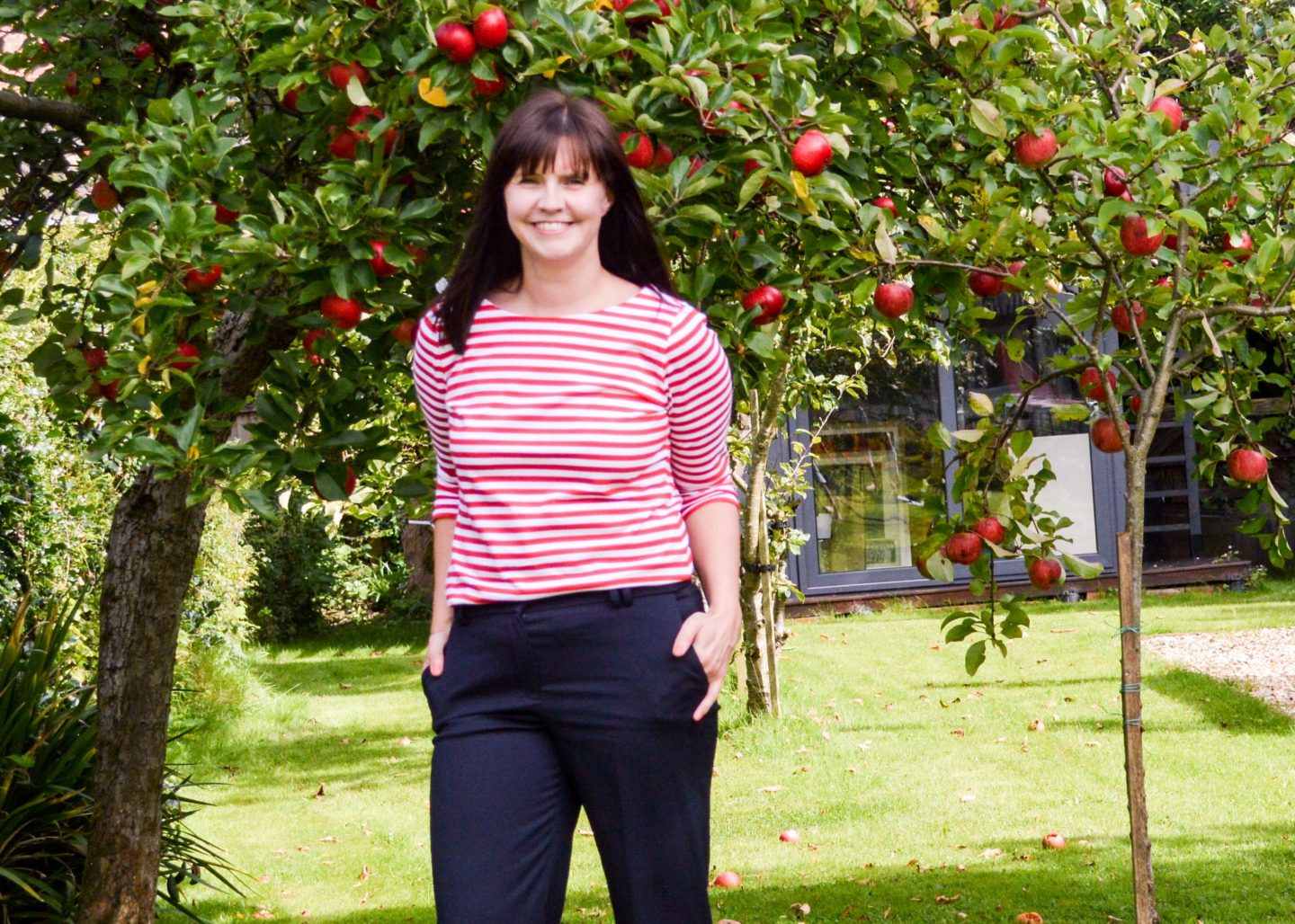 I love that this outfit is the perfect mix of smart casual, the red adds a bit of colour and the trousers look relaxed without being too dressed down.  An outfit that makes me feel like me, but a more confident me, ready to take on the challenges that the new job, and being a full time working mum, will bring. 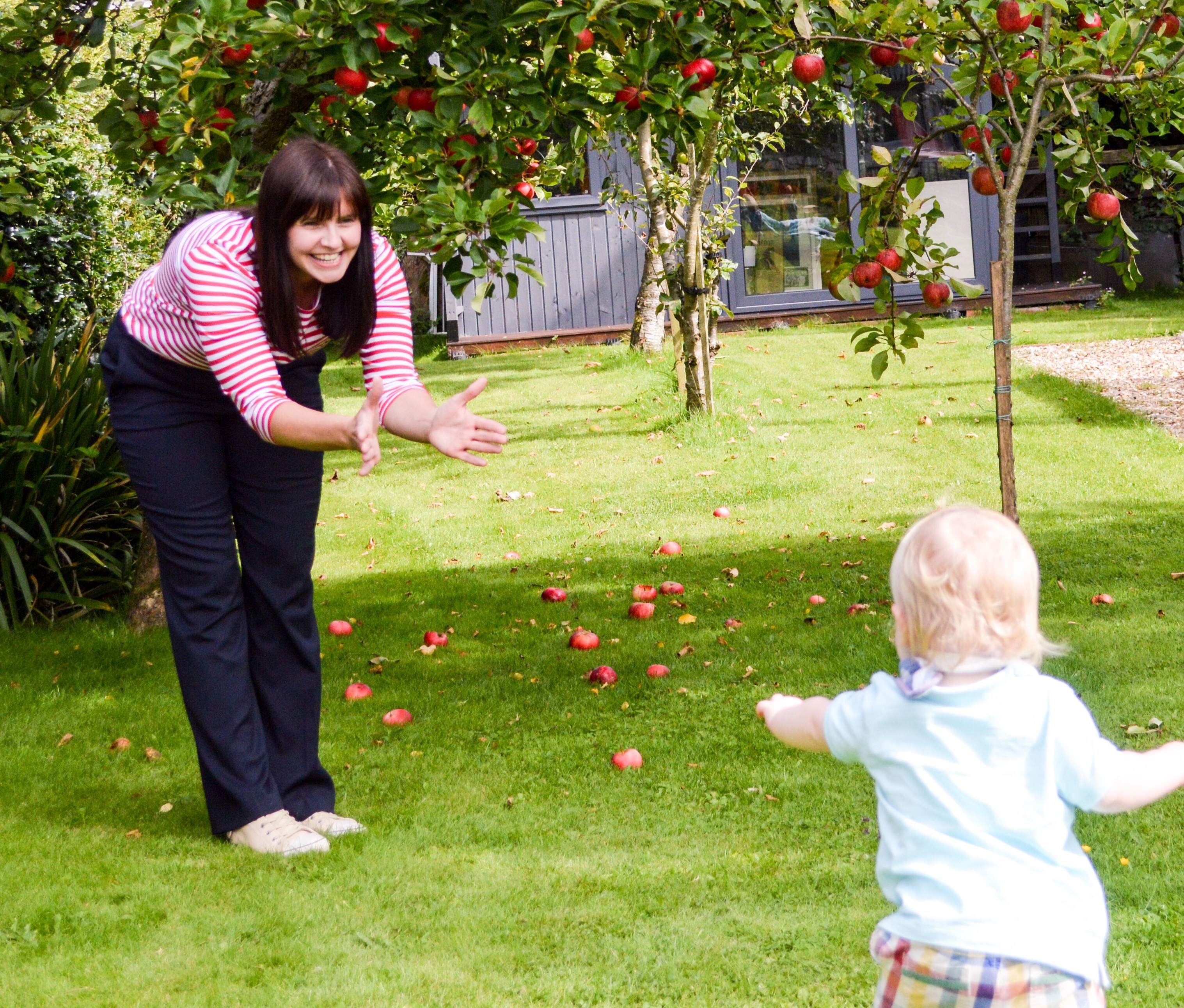 (Whilst I was in the queue paying, I may have seen the same pair in black, and I may have bought them too!)