I was so excited to be able to join in with The Siblings Project when G was born and loved taking picture of them both together.  Towards the end of last year life got a bit busy and despite taking the photos, I didn’t actually get around to writing up my Siblings post.  Something I am quite annoyed about now as there will a gap in the monthly photos (I may go back and write up the posts in anyway, just for me!)

The last Siblings post I wrote was back in September when G was three and a half months old, he looks so small looking back at those pictures.  Since then he has really bulked up and is no longer a delicate tiny baby but our little “Tub Tub” as his Daddy calls him.  His personality has developed too and he is such a cheeky character, giving you the biggest grins whenever he catches your eye.

The brotherly bond is starting to grow and O adores him so much, it’s beautiful to watch.  As soon as G opens his eyes in the morning O wants to give him a hug or hold his hand.  He is forever playing with him, although we do need to have the occasional word about not being too rough with him.  G, however, seems to love the rough and tumble that comes with having an older brother and whilst I’m watching them play, hovering around because I’m worried G may get hurt, he is too busy laughing away at his brothers games.

G is never happier than when he is watching his older brother play, he is transfixed and he gives his best belly laughs when watching O.  He’s desperate to join in with his games but O is not so keen on sharing his toys.  To be fair, he does have a point as almost everything G touches ends up with a coating of drool on.

Sadly the weather this weekend was rain, rain and a bit more rain so the plan to get outdoors and take some pictures didn’t happen but we did have a little photo shoot in the dressing room.  Oh how I miss summer and natural daylight! 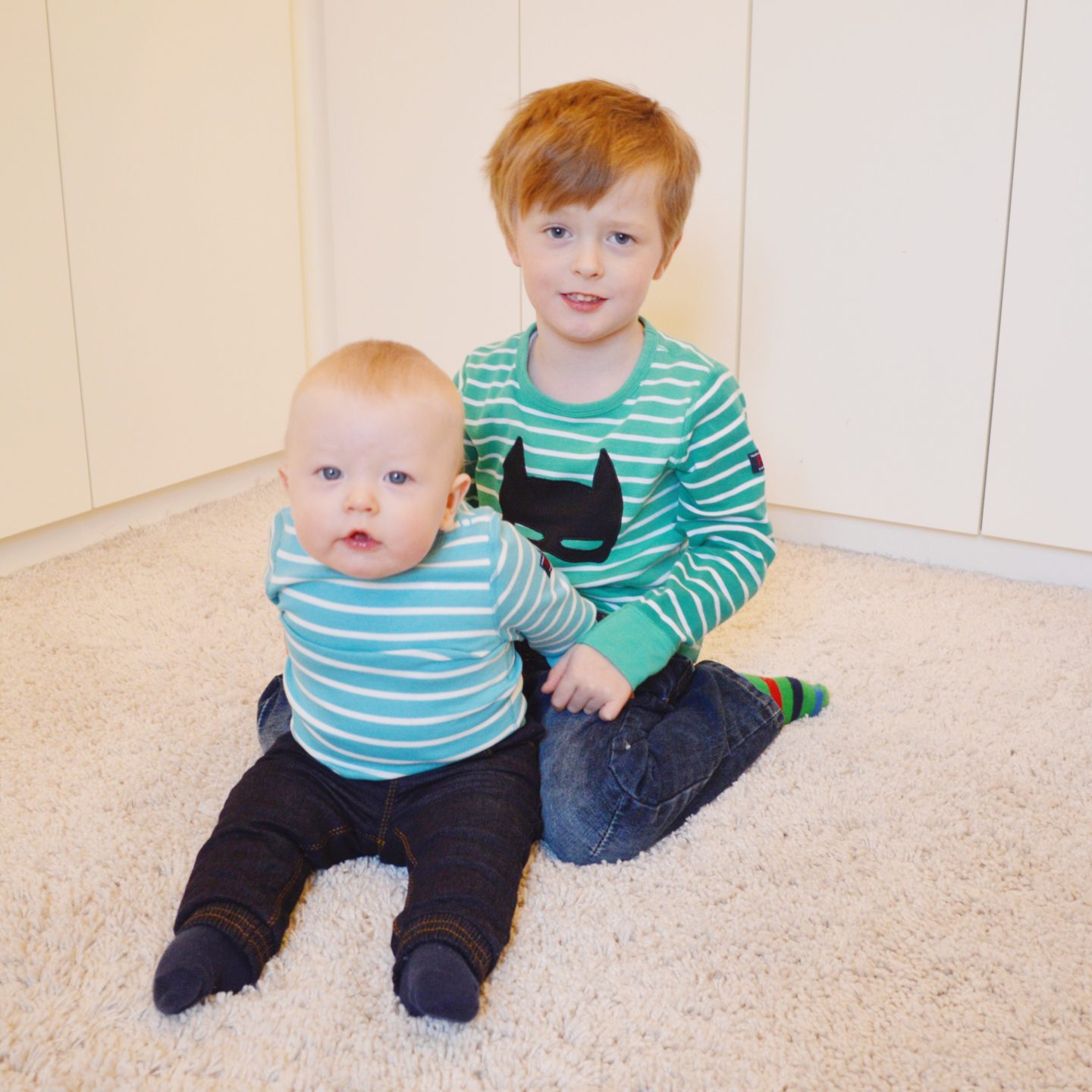 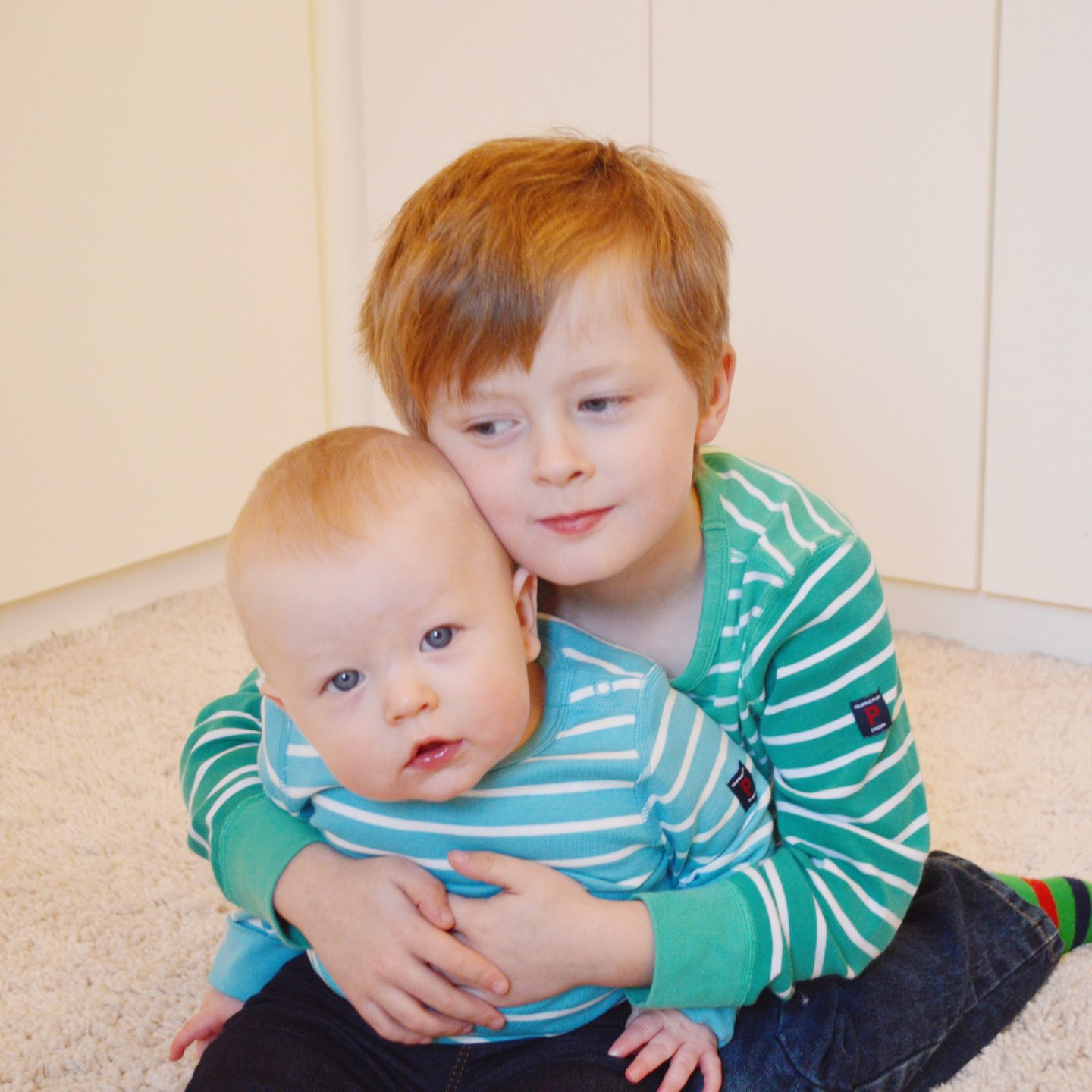 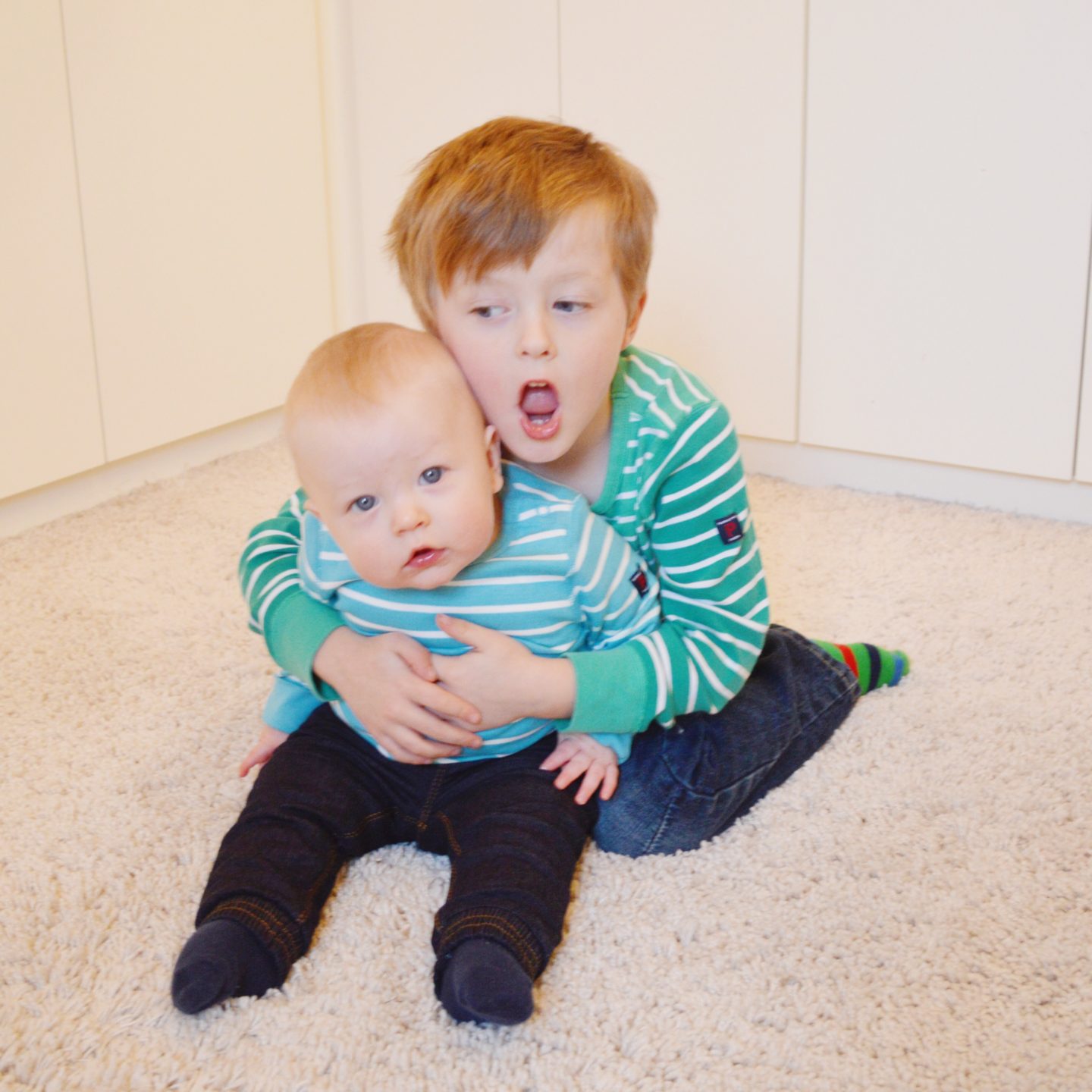 This last photo really made me giggle as there are many times when O just won’t leave G alone and the look on his face is priceless.  A bit of a “Mum, will you just tell him to leave me alone?” look.  I’m sure it won’t be too long before O is the one saying that when G finds his feet and starts to chase him around the house! 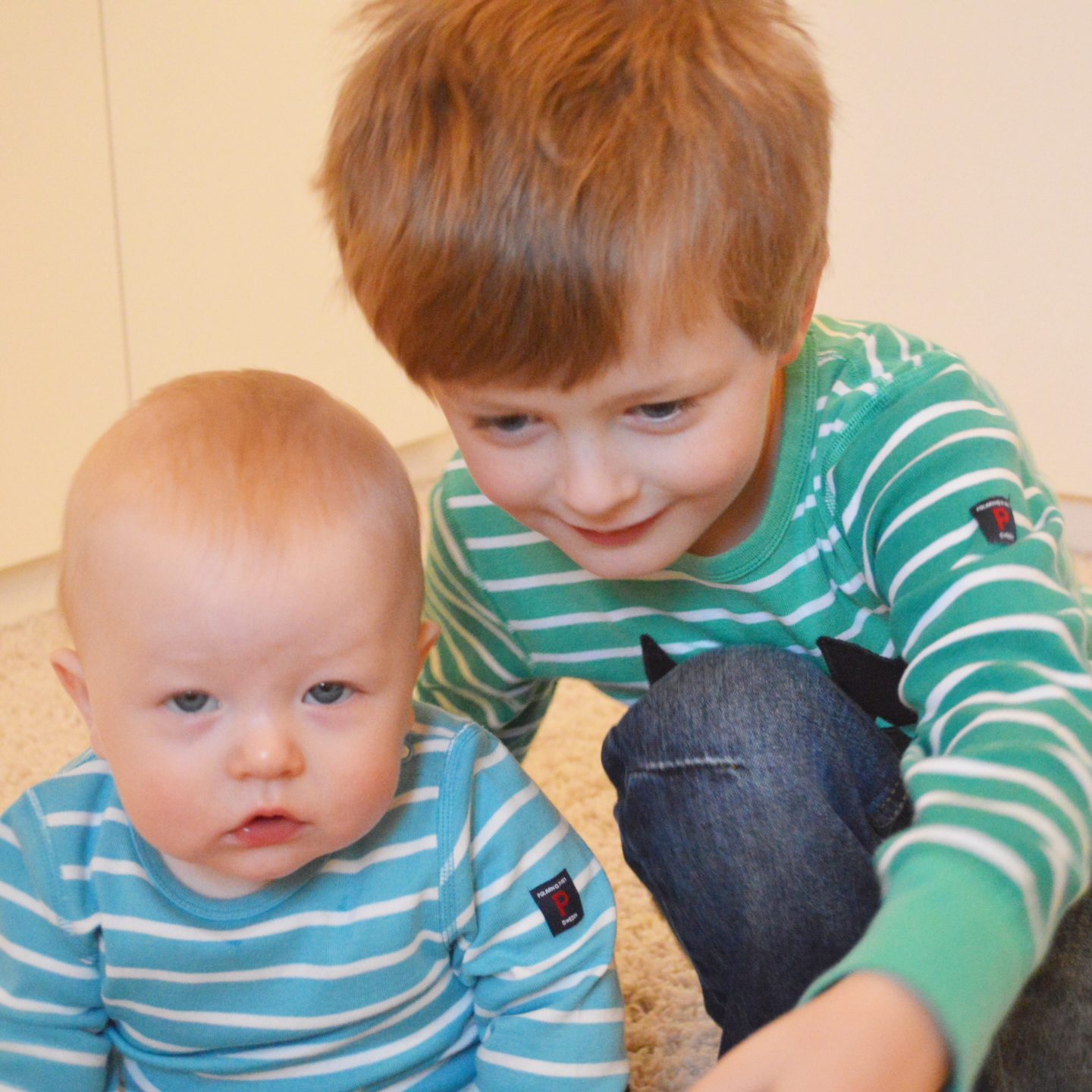