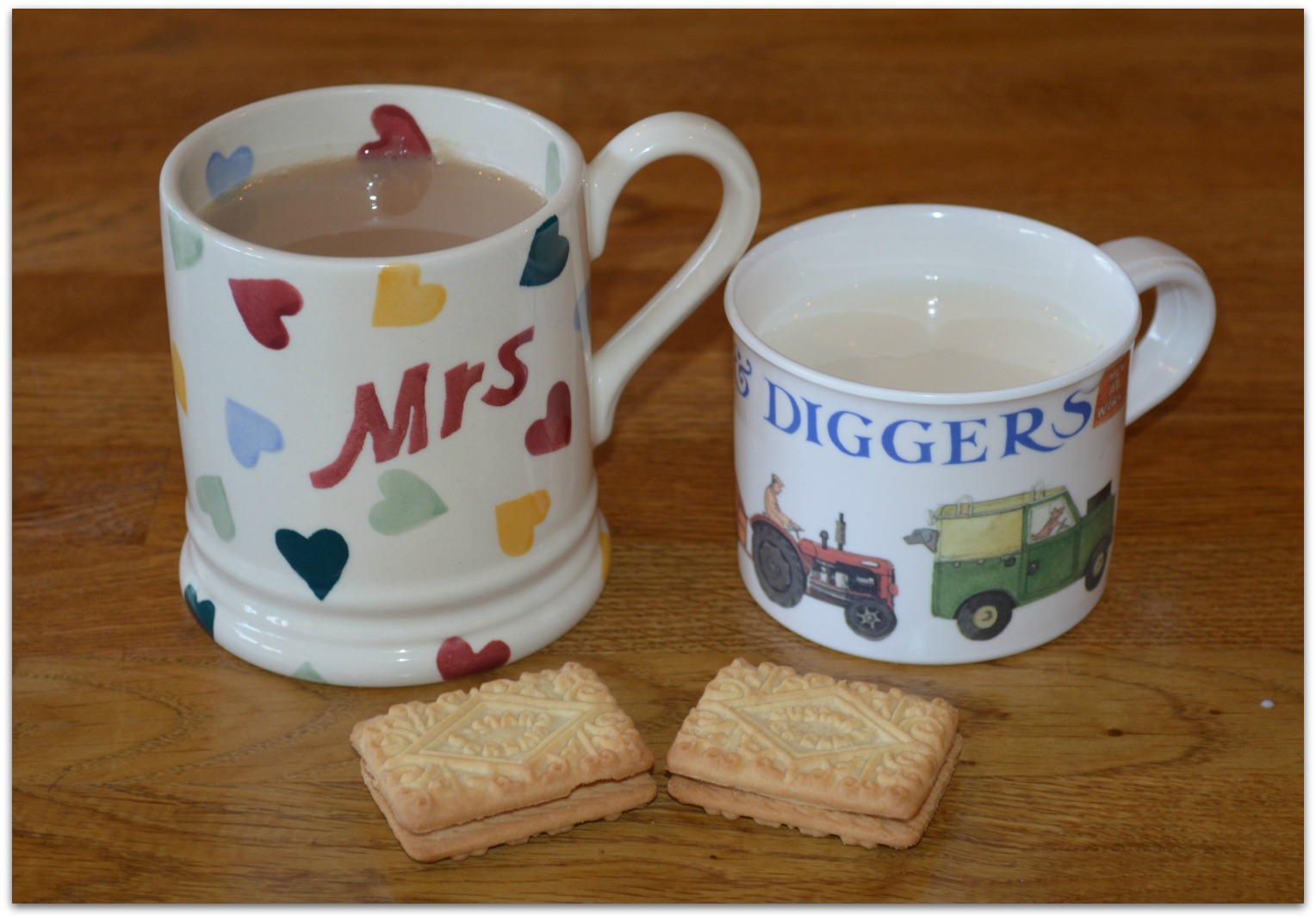 Little O doesn’t really have a sweet tooth. He doesn’t like chocolate, ice cream or jelly, but he is quite partial to a biscuit. Nothing too fancy, his favourite is a ginger nut, followed closely by a custard cream or a digestive.

He loves nothing more than a quick break in play sat on the couch with a cup of milk and a biscuit (or cuckoo and bic bic, as he calls it), but there is a catch. I must have a cup of tea with him for dip dip. If he’s having a biscuit it must be dunked, it’s not up for discussion. I’ve tried giving him his milk and biccie without also having a cuppa and it doesn’t quite compute in his little brain, “Tea mummy?” Ultimately I end up trotting off to put the kettle on.

It is very cute to hear him say “dip dip bic bic mummy tea”, and those times are so sweet when we’re snuggled on the couch, just the two of us. Very precious moments that I hope he doesn’t grow out of too quickly.