It’s been months and months since I wrote an Ordinary Moments post, I fell out of the habit and with time at a minimum it was one of those things that had to give.  Admittedly, recently, I’ve lost my way with this little blog of mine, lost sight of why I started it in the first place, trying to be something perhaps I’m not.  I’ve struggled with what to write, worried far too much about what audience I should be targeting and all of that took the enjoyment that I used to get from this.  So I’ve decided to stop stressing so much about it and write the things that make me happy, the parts of life right now I want to remember and that decision was made as I sat around our dining room table last night.

I’m usually very strict with bedtimes, especially with G.  By 7pm he is normally asleep in his cot and then I spend some one on one time with O before he goes to bed around 7:30pm, although we are starting to let him stay up a little bit later now that he is getting older.  Last night the bedtime routine started as normal and G was in bed at his normal time, O was unusually wide awake and bouncing round downstairs.  I popped out to pick up our Indian takeaway expecting him to be in bed by the time I got home which is usually the case.

Except this week it wasn’t. When I returned he was still chatting away to his Dad and we decided to start our dinner anyway.  G must have sensed he was missing out on something as he started to stir upstairs and as I entered his room he gave me that cheeky grin that said he wasn’t going back to sleep anytime soon.  So I brought him down and he sat with us all in his highchair.

G sat eating his carrot puff snacks whilst the rest of us sat eating poppadoms.  It was noisy, food was being dropped everywhere, O was talking non stop and it was way past the boys bedtime but it was so lovely to be sat all together.  I’m not sure if it was the fact that it was a little later, or that it was a takeaway but it felt so chilled out despite the slight craziness of having two excited boys.  I couldn’t help but imagine us all sat here in 10 or 15 years time with two teenage boys, laughing and chatting away about what they have been up to.

I never take these moments for granted, the times when it’s just the four of us, hanging out.  Last night was supposed to be a quiet takeaway for two but having the boys unexpectedly join us made it a lot more special, and a lot messier! 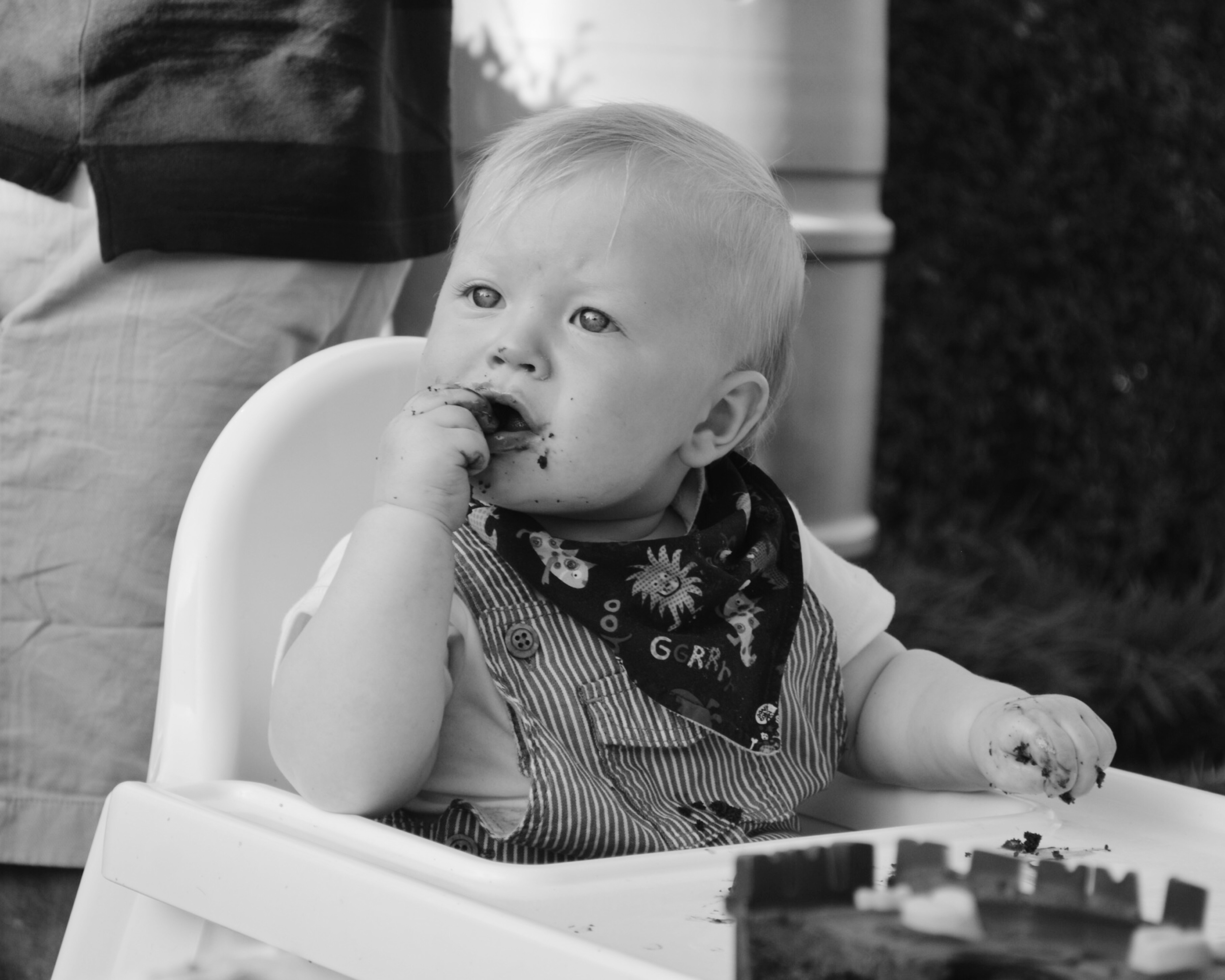