I am absolutely delighted to now be able to join in with the Siblings Project.  I have seen these monthly photos for quite a while now and love how they show the changing relationships between children as they grow.  Now that I have my own siblings I am so excited to see them together and want to make sure I capture the moments as they grow.

G is our new addition and is two weeks old. 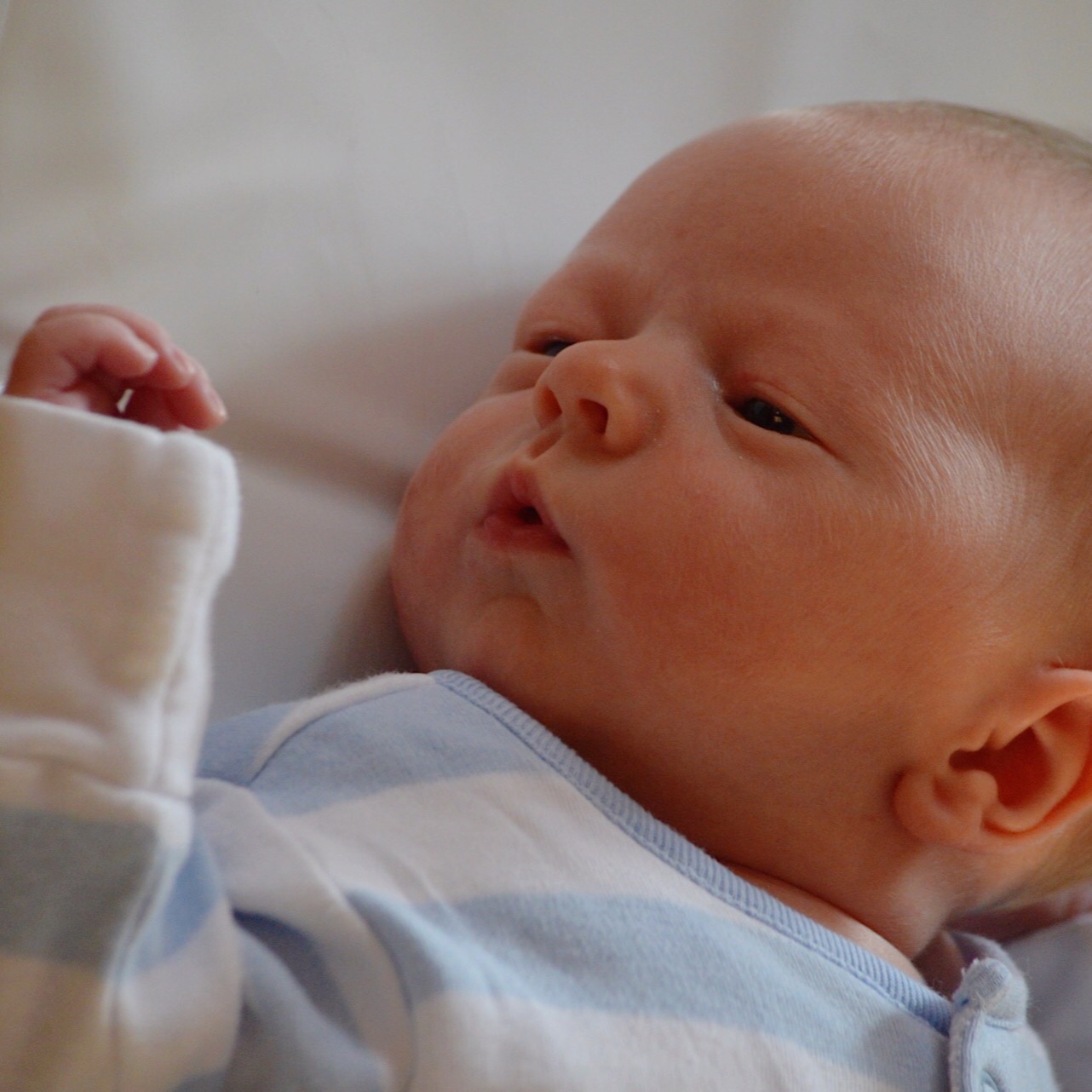 At the moment O is fascinated and slightly terrified of him in equal measure.  He loves having him around and giving him kisses and cuddles but doesn’t quite understand why he doesn’t have a volume control when he cries.  He makes me giggle when he tells me “Mummy, he’s too loud!”, expecting me to be able to somehow turn him down. 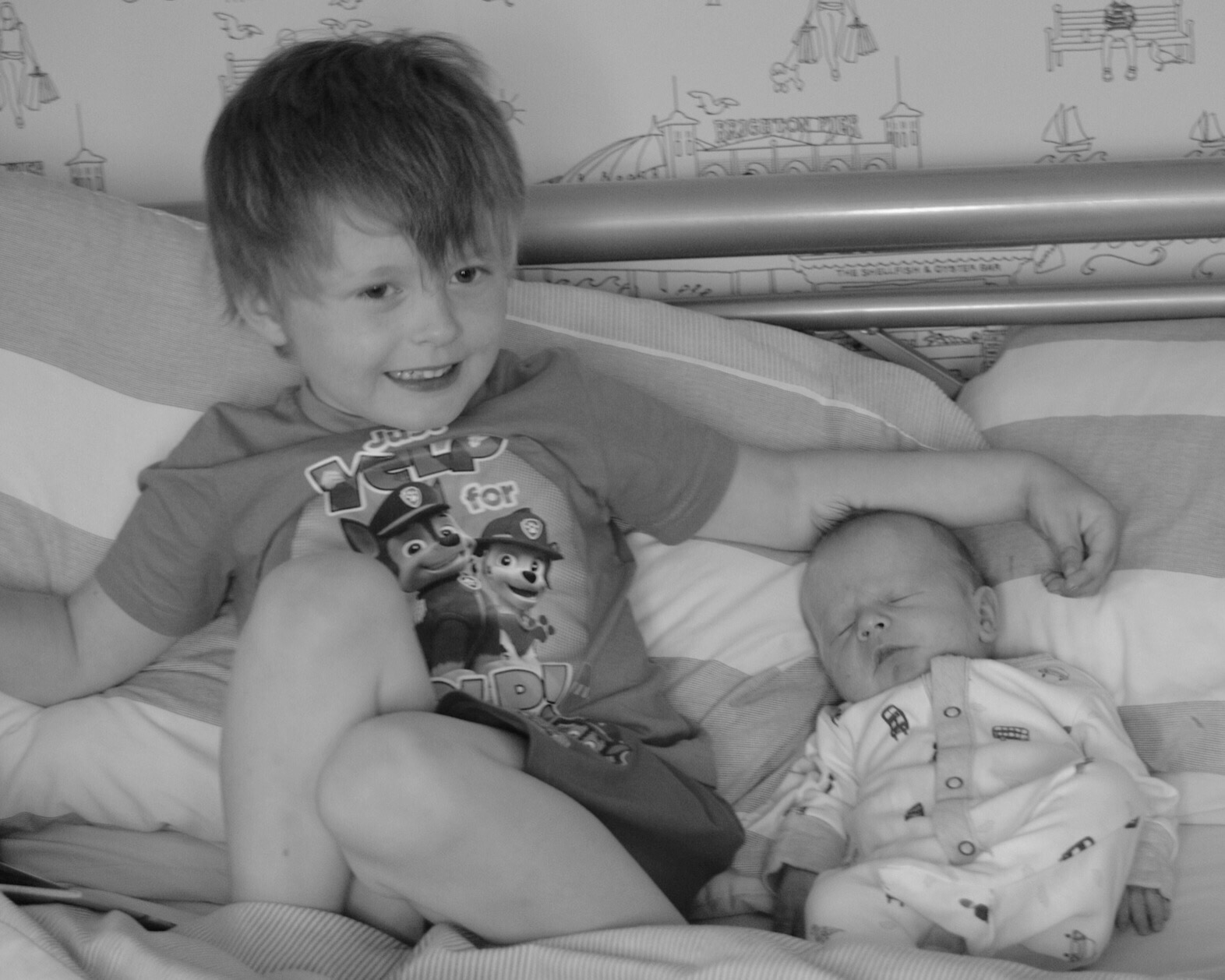 He often asks to stroke him and tries to be as gentle as he can, although poor G does sometimes get a big hand on his head, usually when he’s feeding.  At the moment O is too nervous to hold him, even if I place G in his lap, and whilst he feels like that I’m not going to push him too.  I think it’s his size that puts him off so hopefully this will come in time as he gets bigger and a bit more robust. 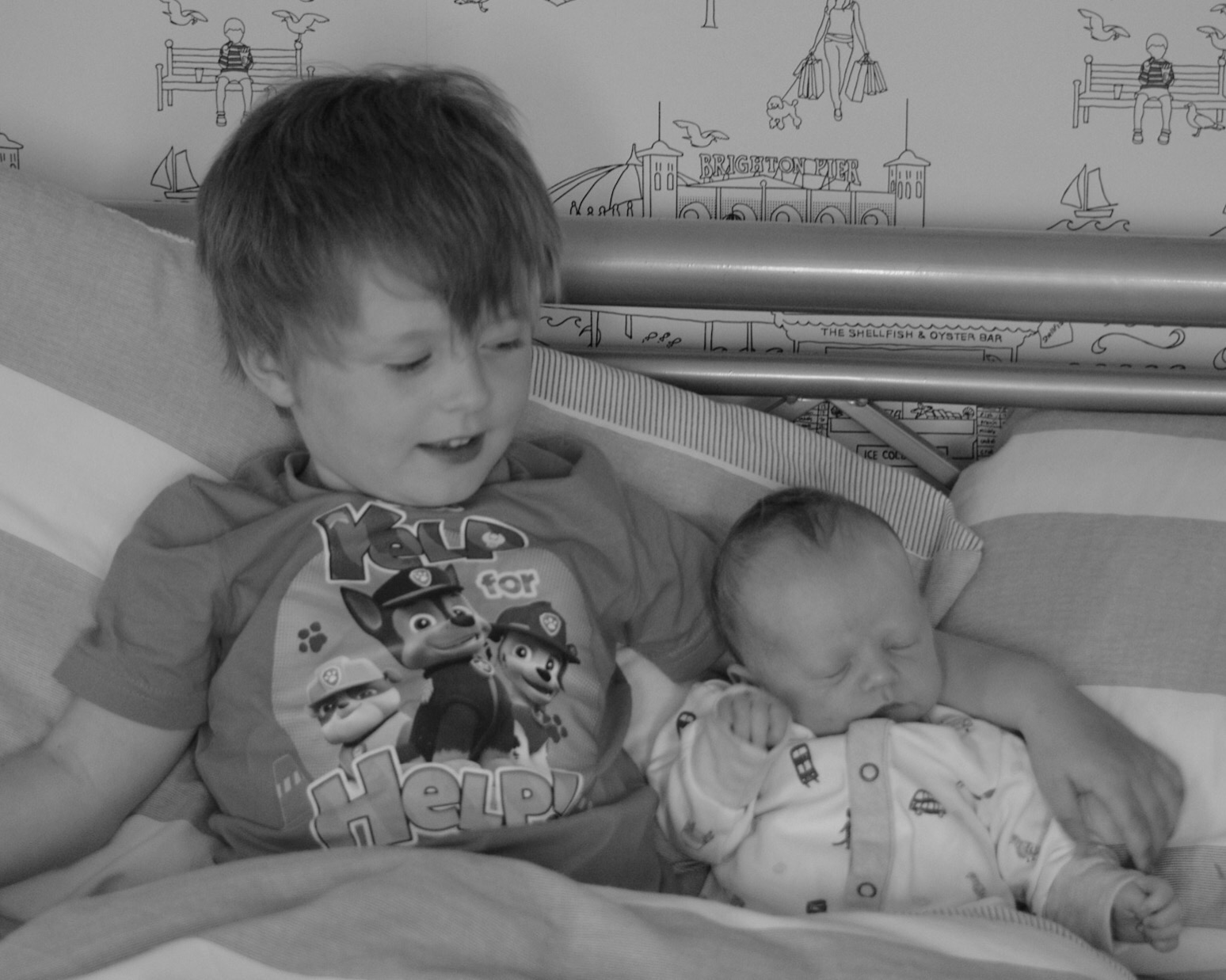 We’ve only been home as a family of four for twelve days so are still very much finding our feet and a bit of a routine, but one thing that has very quickly become established is the group bedtime story.  O loves that Doc comes up to hear it too and it’s a chance for us three to have a snuggle at the end of the day, and for O to give his little brother some kisses and cuddles before bed. 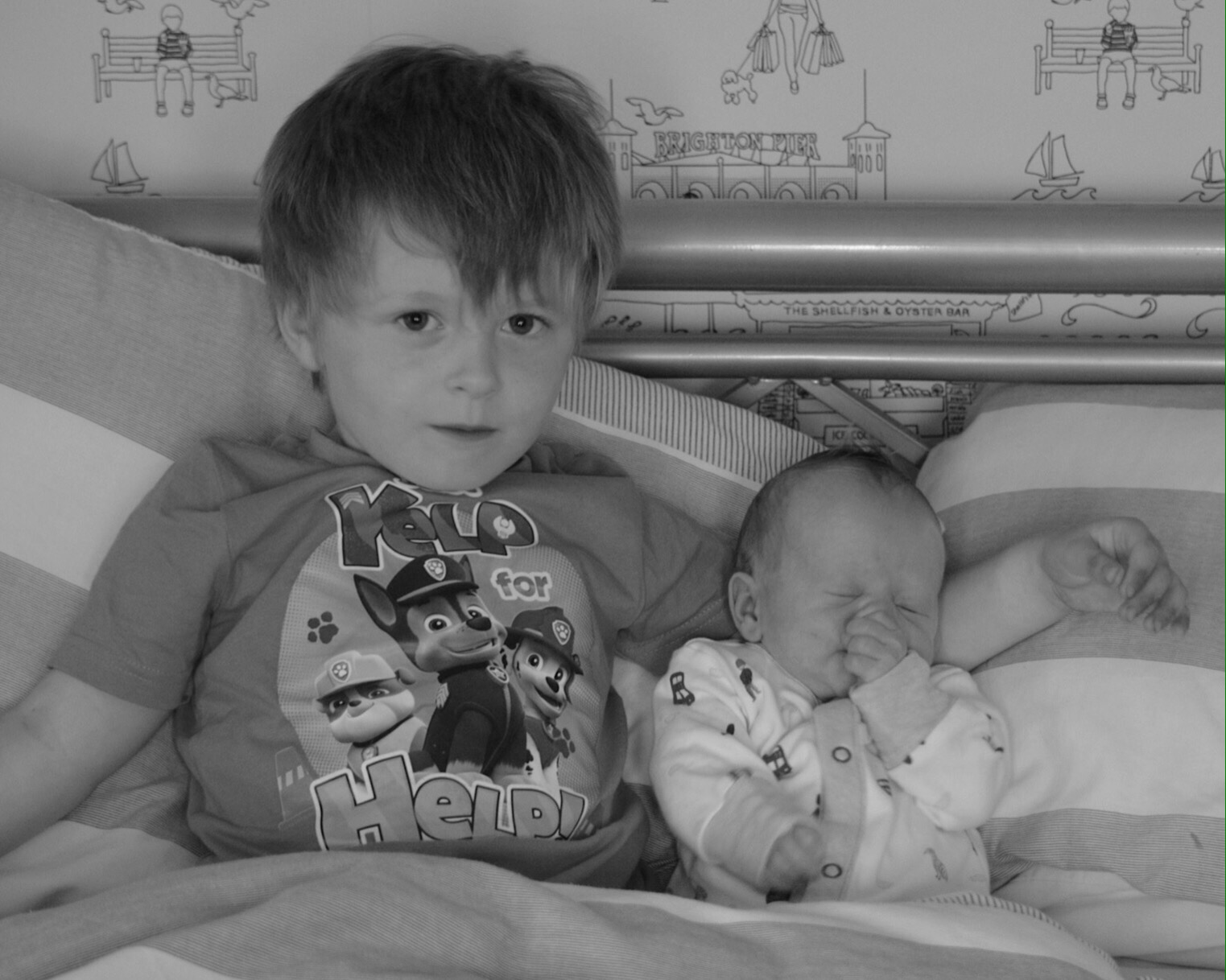 I hadn’t been organised enough to take some photos until last night so these were a few snaps from before our bedtime story, and these were the best of a blurry bunch. The final photo is a blurry one but pretty much sums up their relationship at the moment so I couldn’t not include it. 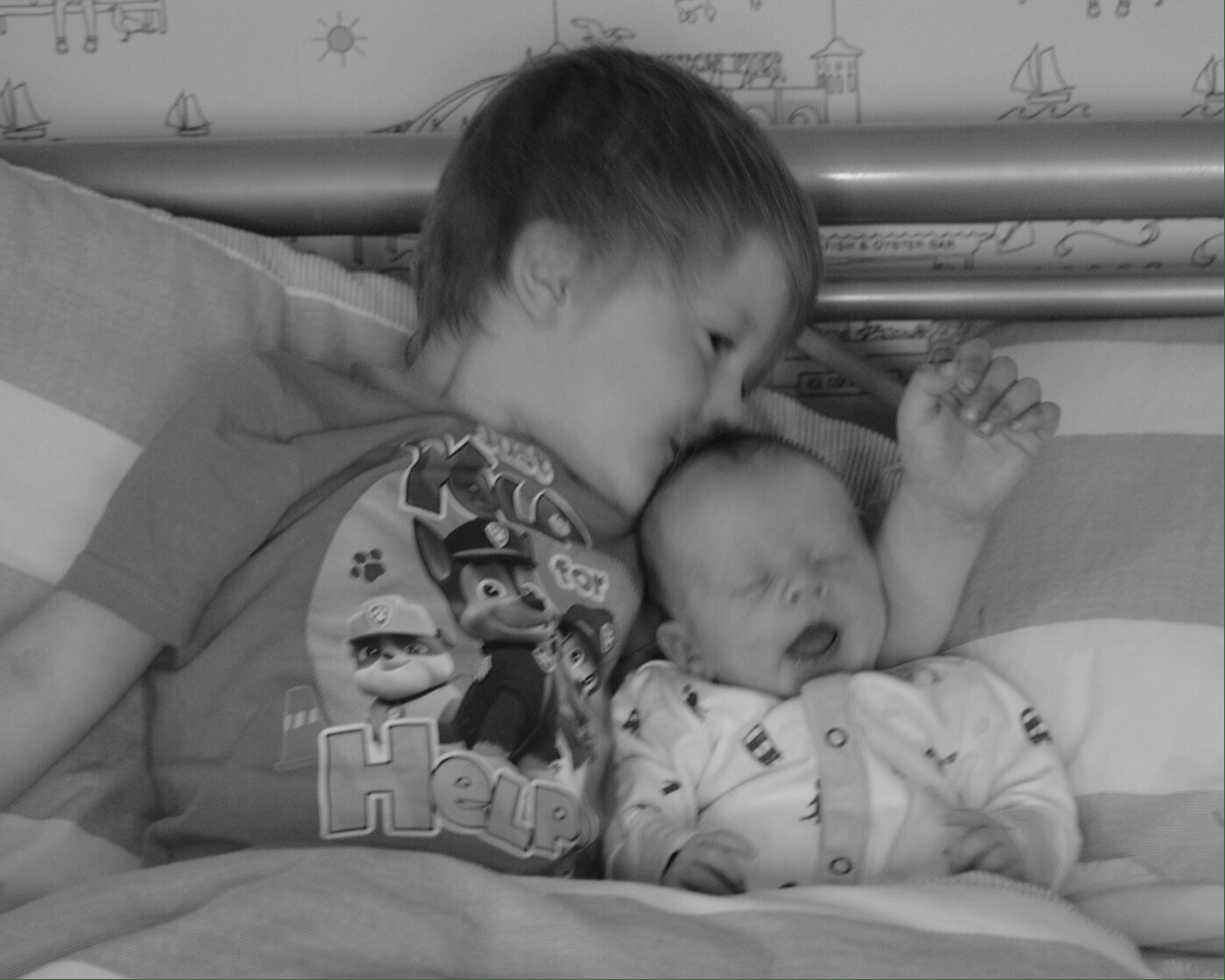 My boys in June, I can’t wait to see what July brings.