What’s that saying? You have a son until he finds a wife, have a daughter and you have her for life! Today I had a glimpse of things to come and I’m really hoping the saying proves not to be true.

On a sunny bank holiday Monday, after spending the day together we headed to our local for a quick drink before dinner. We weren’t the only ones and there were lots of other kids playing in the beer garden.

One little girl in particular caught O’s eye. She goes to his nursery and is quite often in the pub at the same time as us so he’s spent time with her before.

His little face lit up as he watched her, and he headed over to play. Now a 2 year olds flirting techniques are fairly limited so an invitation to play in the mud was all that was needed. He looked at me and told me very clearly that A was his friend.

He chased her, copied her, poked her and she did the same. I tried to coax him to move closer to where we were sitting but he didn’t want to know. My little man only had eyes for one girl and it wasn’t me.

As I stood there feeling like a spare part in their innocent play it dawned on me that one day this would be my permanent role. On the sidelines as he builds a relationship with another woman that I can’t compete with.

At the moment I am that little boys world. Returning from an hours spin class involves at least 10 minutes of leg hugging to welcome me back. I’m the woman he wants kisses and cuddles from, but one day that will change.

One day giving his old mum a kiss will be a duty rather than a magical, make everything in the world better, experience.

He will grow up and he will move on, and I’ll be watching him and supporting him every step of the way.

Even if my heart is breaking a little bit as he does so! 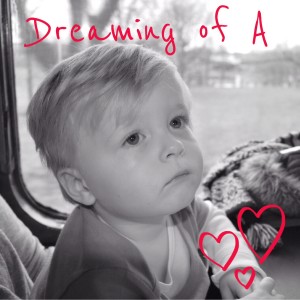