I love December. It’s probably my favourite month. I love the over the top decorations, the Christmas music being played everywhere you go, the general cheeriness that comes from people in the run up to the big event.

But this year there is something that is nagging away in the back of my mind. As my 3 year old excitedly runs around looking for his Elf on the Shelf each morning and then scurries off for his advent pressie, it’s dawning on me that at some point we’re going to have to face the Christmas Comedown!

January is a bit miserable when you’re an adult but I’m really not looking forward to facing it with a toddler.

More frustratingly I know a lot of the comedown is going to be my fault!

Whilst it may have been a lovely idea to have a home-made advent calendar filled with a daily treat, the 3 year old now thinks it’s the norm to get a present every single day. This hasn’t been helped by a mid November birthday where the little man was spoilt rotten with gifts. It’s becoming a bit too common to hear “mummy, I want a present!” or even worse “I want another present!” He isn’t going to be happy when he realizes there’s no more presents coming his way for another ten months!

Since hitting December we have also been out a little bit more than normal which means bedtime has been pushed back a few too many times. I really should know better than to mess with the routine, although with everyone off work from Friday I fear this will get worse before it gets better.  “5 more minutes Mummy” which often turns into 15, or sometimes a little bit more!

But what I’m dreading the most come the 26th December is the loss of my biggest bargaining tool. Yep, Father Christmas!

Surely I’m not the only one who’s said (a bit too often, if I’m honest) that Santa is keeping an eye on their little darling to make sure they’re being a good boy/girl! George our little elf friend has been fantastic at keeping order in our house as all it takes is a whispered “we’d better let George know so he can tell Father Christmas” and my boys an angel!

Once the big day had been and gone, I’ve lost the positive influence that a slightly creepy looking doll can have! 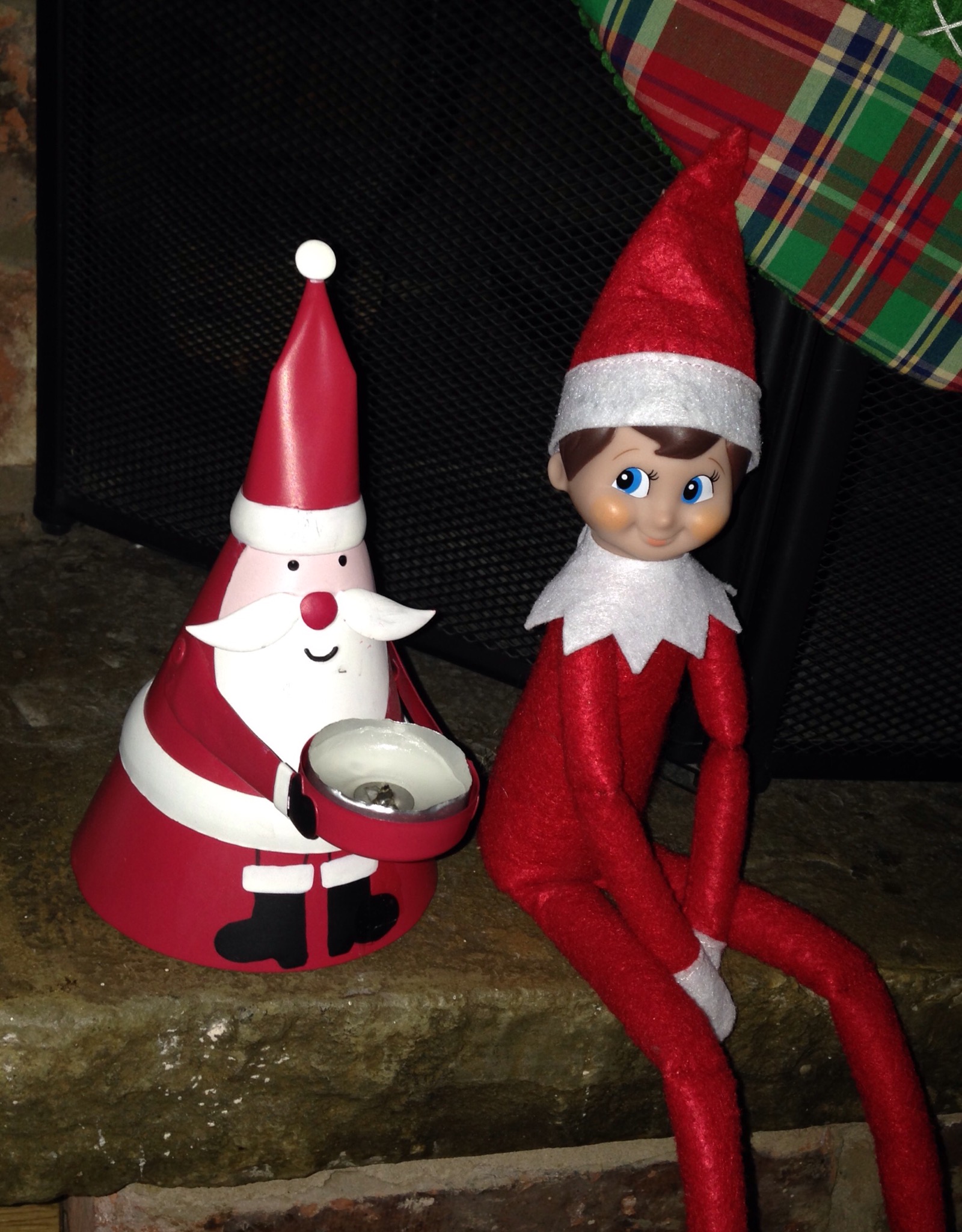 It may all be merriness and Yuletide joy at the moment but the post Christmas hangover is on its way and it’s not going to be pretty.  I may be needing a double Gin or two to get through it!