I never had a birth plan, I didn’t even attempt to write one.  I was more than prepared to go with the flow and didn’t want to feel that I had to stick to something.  I mentioned I’d quite like to just have gas and air if possible (something my husband found hilarious) and if we could avoid it I didn’t really want an epidural.  The one thing I was adamant about was that I didn’t want a section.  After seeing a friend really struggle to recover from hers, I wanted a natural birth.

I attempted a natural birth and was induced a week before my due date because of low amniotic fluid (you can read a bit more about why that happened here) but the short version is that after three days my body was still not in established labour, I was exhausted and my little boy was getting distressed which meant that he had to be delivered as quickly as possible.

The consultants that had monitored me through the night had warned us that if progress wasn’t being made they would be moving to a section in the morning.  Despite three pessaries and a hormone drip cranked to the max I was still only 3 cm dilated and by this point we both wanted our baby in our arms, to know that he was safe.  Whilst I had slept after my epidural my husband had sat watching the machine monitoring our little boys heart repeatedly dip and he was terrified.

We had the loveliest midwife with us that night and we asked what would happen during the c-section.  As I had been so clear I didn’t want one it was probably the only thing I hadn’t researched during pregnancy.  I wasn’t prepared for what would happen.  She explained that they would have the baby out in about five minutes once we were in theatre and it would take about fifteen minutes to sew me back up.

The final decision was made at 5:30am on Saturday 12th November.  Our consultant examined me for a final time and the c-section call was made.  Suddenly everything seemed to move in super speed.  I was dressed for theatre, my husband was whisked away to be put into his scrubs and I was wheeled into theatre.  It all happened so fast there wasn’t time for me to feel scared of what would happen, I didn’t even have time to text my mum to tell her what was happening.

The doctors were lovely and all introduced themselves, the anaesthetist administered something through my epidural to numb me and then proceeded to spray water over my legs, asking if I could feel it.  For some reason this made me panic, I wasn’t sure if I was supposed to be feeling it or not and in that moment all I could think of were those horror stories of people feeling every cut of their surgery.

As my husband sat next to me holding my hand we both realised it was taking much longer than five minutes to get him out.  The rushed, whispered conversations happening at the bottom of the trolley confirmed that things weren’t going quite to plan.  In meetings we have since had with the doctors the lack of fluid and the contractions my body had been having for the past 20 hours had resulted in our little boy being clamped in my uterus and they couldn’t get him out.  All we knew at the time was that he should have been out by now.

I felt the moment he was born as it was like a weight had been lifted from me.  A combination of trying to pop his head out by pushing him back up where he should have been coming down (sorry for too much detail) and making what they call a J-shaped cut in my uterus meant that they were able to release him.  I knew he was out but there was no sound, you wait for that cry don’t you?  My husband knew something was wrong as he told me that my face just fell and as I’m usually the calmer one of us, he could see the panic in my face.

Those seconds felt like hours, I didn’t dare to breathe.

And then he cried, and was placed on my chest.  The midwife had asked if I wanted skin to skin once he was born and so he was put on me and stopped crying instantly as he snuggled into me.  He was so tiny at just 5lbs 12oz.

He was passed to my husband for a cuddle as they sewed me up.  Due to the complications it took a lot longer than we thought.  It’s a very strange sensation, like someone is tugging at your insides, uncomfortable but not painful due to the anaesthetic.

As we sat there both staring at our newborn son the consultant came over and told us that she needed to speak with us.  She began to talk but then decided that she would wait until we were in recovery next door.  She looked serious.

My husband and I looked at each other, we were both convinced in that moment that she was going to tell us that having any more children would be impossible.  If was a very strange moment, we’d always planned on at least two kids and as we held our hour old baby boy we thought this would be it, our only child.  And if that was it, we were so lucky to have him with us, safe and sound.

Once we were eventually wheeled out our consultant came over for the talk.  Due to the complications in theatre a natural birth for any other children wouldn’t really be an option, they would advise a planned section.  I wanted to kiss her, right then and there, we thought the news was going to be so much worse.

I was a little battered and bruised after the section, I lost a lot of blood and ended up having to have quite a large transfusion the next day.  I was exhausted and I’m still not sure who’s great idea it was to give me a morphine shot half an hour before visiting time but I will be eternally grateful for the doctors, midwifes and nurses on duty that night for my little boys safe arrival.

I have always wondered whether the complications that we had resulted in it making it difficult for us to conceive our second.  Maybe my body just needed a little longer to recover before it was ready to go through it again.

Do I feel I missed out by not having a natural birth?? I honestly believe that had I not had a section my little boy wouldn’t be here, and so that’s an easy question to answer.  Absolutely not!  For us a C-section wasn’t the easy option, it was the only option. 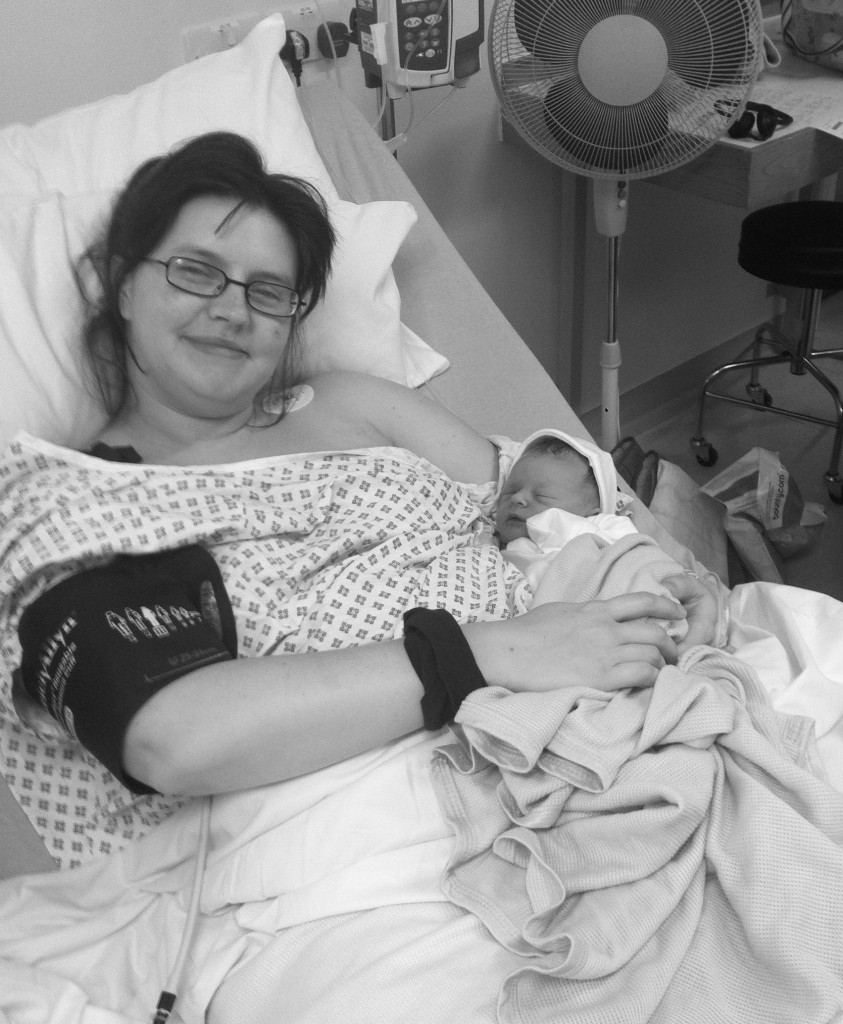